I think you said a while back that Roger is a secret tabby but is Lord John a secret tabby too? It looks like you can see faint stripes in today’s pics where he’s laying on the wreckage of the Easter Camper and in the window hammock with Angus.

Lord John is definitely a secret tabby. You can see his stripes in this picture, too: 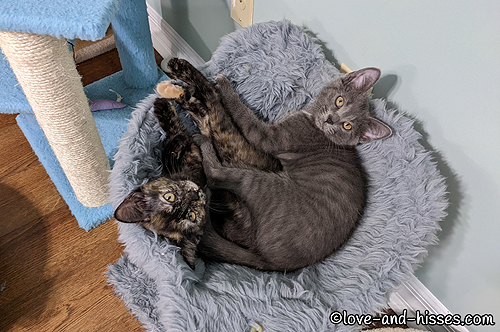 So I learned a thing this past weekend that I thought might be helpful to the group. One of my cats stopped eating. I took her to the vet, and after some back and forth and a good chunk of change, the emergency vet determined that one of her kidneys had become blocked and was infected, and had to be removed.

We did that and she was muuuuuch happier, but still would not eat or drink. After a couple of days of fussing, trying to get her to eat, stressing out another cat so badly with my fussing that she hid under the bed and wouldn’t eat, and calling the vet for advice, she was starting to nose around the dry food dish. Then, it hit me.

So I took the cone off, set food out exactly where I normally would, and left her alone. By morning, she had used the litterbox, come to breakfast and wolfed it down, investigated the fountain, and jumped in a lap. All has been well since, and the only medicine I give her post-op is the antibiotic. She does not appear to need the other two, and they were directed to be given if needed but could be skipped if not.

Lesson learned – if your cat won’t eat and you’re fussing over them, and you have ruled out medical causes, try chilling out and stepping back.

I have the tendency to spend a lot of time staring at a sick kitten, trying to figure out if they’re doing better or worse (sometimes I think they get better just so I’ll leave them alone), but yeah – that sort of thing can definitely stress out a sensitive kitty!

Churu story:
I started giving my Luna cat Churu as a treat a few months ago when I get home from groceries. she loves it so much.
The last grocery shop I bought myself a treat of a box of Mr Freeze Freezies. She went gaga when I hauled one out the other day for myself, thinking it was HER treat in a tube. Cue the howls of “share share!” sigh 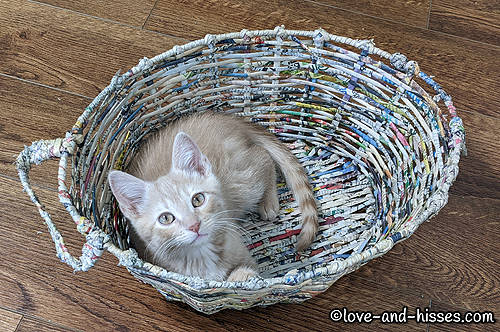 It’s a Jamie in a basket! 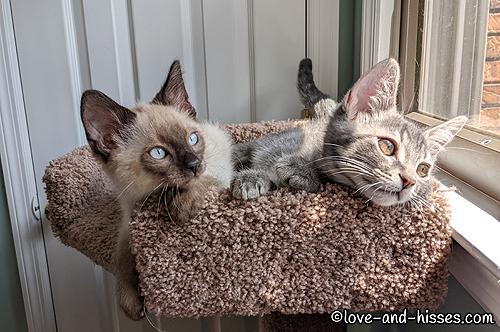 Ian and Angus get ready for some nappin’. 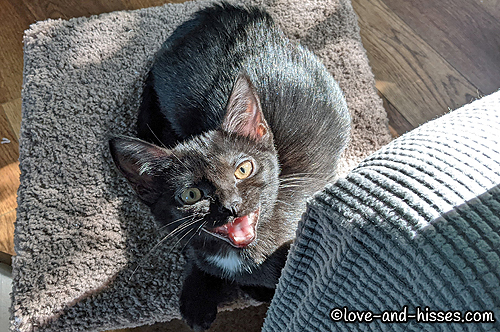 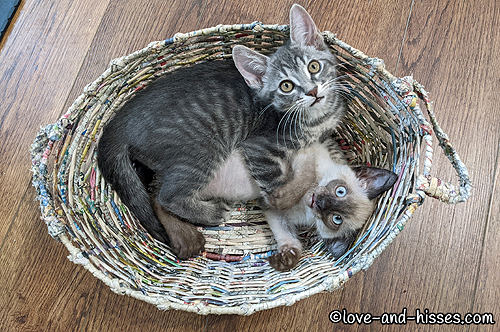 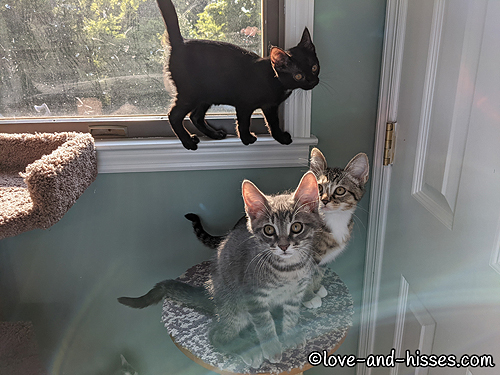 Lizzie, Marsali and Angus would like to know just what I’m doing. 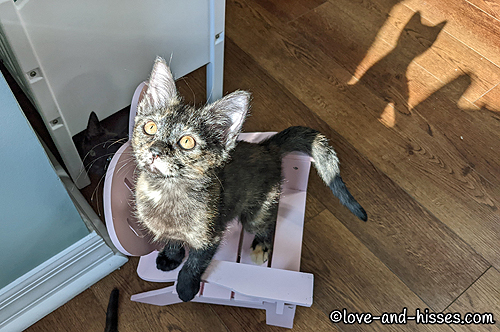 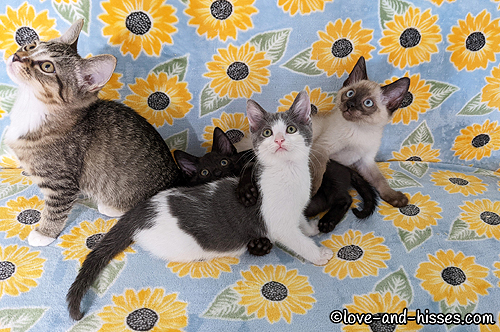 Marsali, Roger, Brianna and Ian all look extremely guilty here. (I love that Roger’s grabbing Brianna around the midsection.) 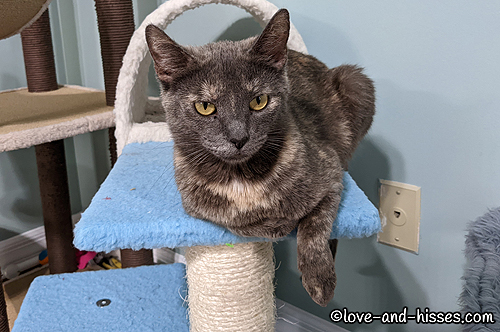 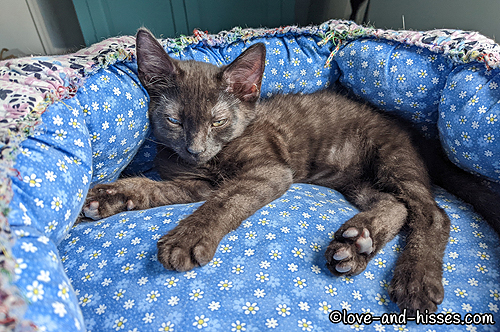 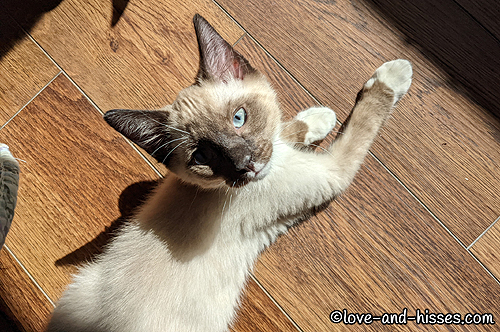 Fergus in the sun, needin’ a kiss. 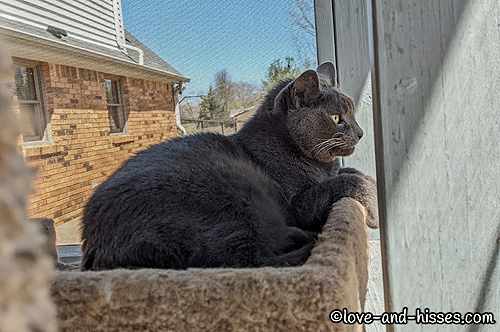 Jake is havin’ a think. 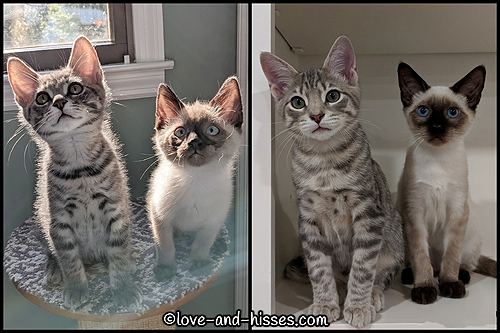 Angus and Ian are adoption pending (they’ll go home near the end of the month when their people are home from vacation), and looking at this picture, I realized that they remind me of Francois and Jacques, who were adopted together in 2019! 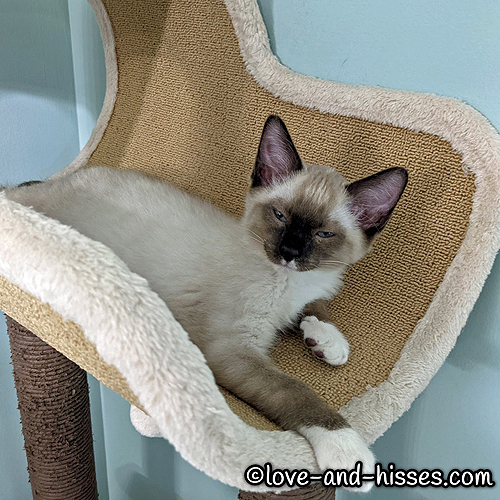 Fergus wants none of your hijinks, and he’s none too fond of your shenanigans and nonsense, either.

YouTube link
Throw Back Thursday: This time 3 years ago we were fostering Margeaux and Katriane and a bunch of kittens. Margeaux’s kittens were tiny, and she kept MOVING them (yes, I know it’s instinct). This video makes me laugh, because you can hear that I was just so EXASPERATED. (Their kittens grew up just fine; Margeaux and Katriane were adopted together and are now Elfie and Neko and are on Instagram here!) 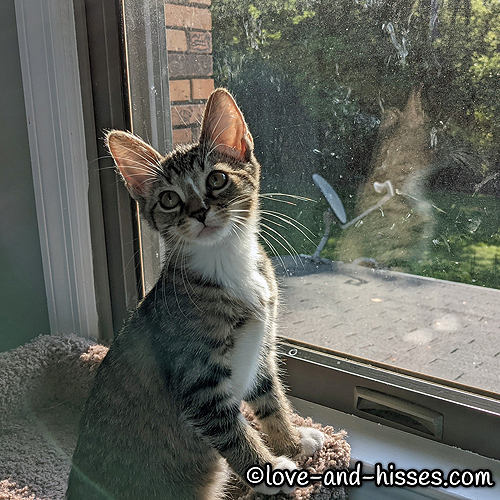 Marsali in the sun, thinking about how someone needs to clean that window, but it’s not going to be her.⁠
⁠
(Marsali is still available for adoption. Email info (at) ffhsv.org to inquire. We’re located in Huntsville, Alabama.)

YouTube link
Throw Back Thursday: Hemlock, our foster in 2016 (he was up inside a car engine howling his little head off when JUST the right person – Winnie – walked by and heard him. I was fostering a litter of kittens known as the Evergreens (Privet, Cypress, Juniper and Spruce) and he joined them. He was a hot mess when we first got him, but he was JUST SO SWEET. 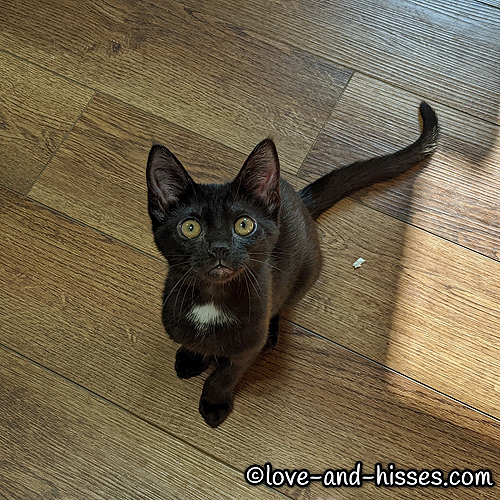 Lizzie from above, being absolutely adorable AS USUAL.⁠
⁠
(Lizzie is still available for adoption. Email info (at) ffhsv.org to inquire. We’re located in Huntsville, Alabama.)

YouTube link
Ian is clearly not inclined to share his awesome new toy. (This video was shot before Lord John Grey was adopted yesterday and went home, obviously.)

YouTube link
Jenny got a new toy mouse, and she thinks it’s awesome. I love how halfway through the video you can see Angus skitterbugging out the door, Brianna casually sitting in that box, Lord John sauntering out the door, and Jenny and Ian tussling in the mirror. A lot going on in the second half of this video! (Obviously this video was made before Lord John was adopted and went home yesterday.) 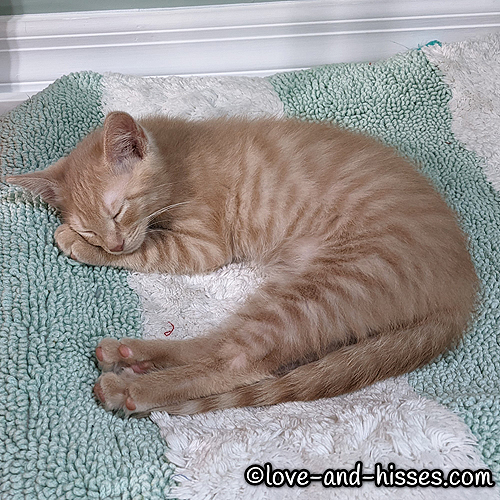