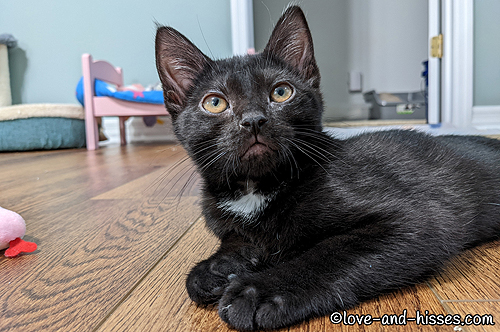 Oh, that Lizzie and her Precious Moments eyes. She is the CUTEST. 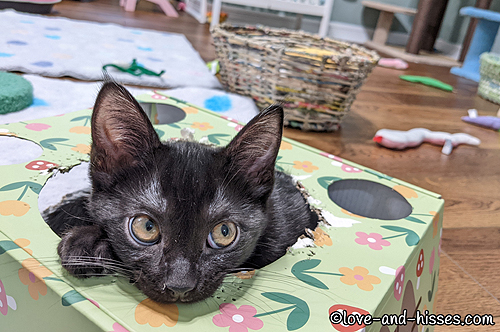 Couldn’t you just squoosh her? 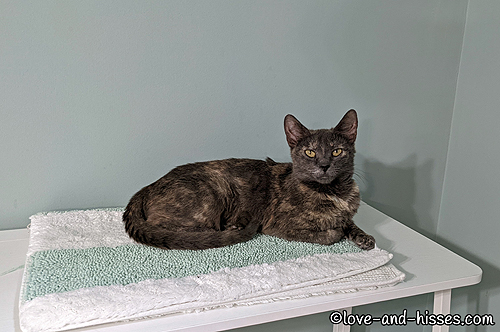 I love that Jocasta understands she can use the desk to get up away from her kittens. 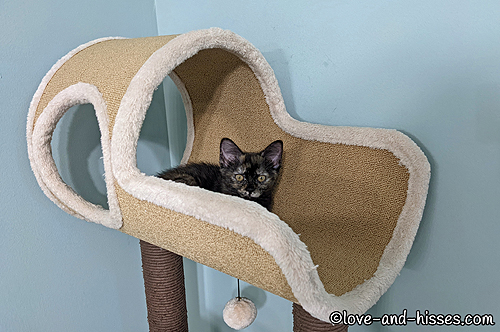 Jenny’s keeping an eye on me. 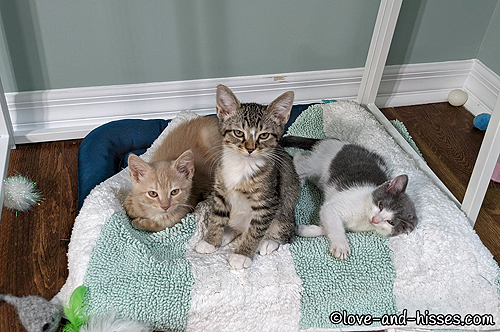 There’s also a bed UNDER the desk, where the kittens (Jamie, Marsali and Brianna in this case) love to snooze.

And here’s Fergus, snoozing in the same bed. 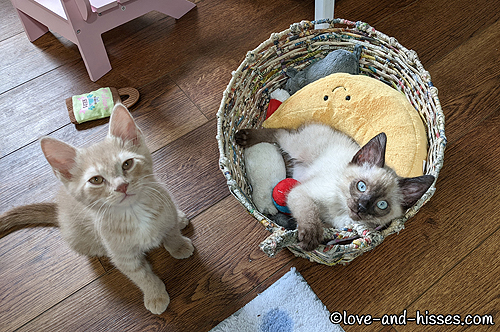 Jamie’s waiting his turn in the basket o’ toys. Doesn’t look like Ian’s planning on vacating any time soon, though. 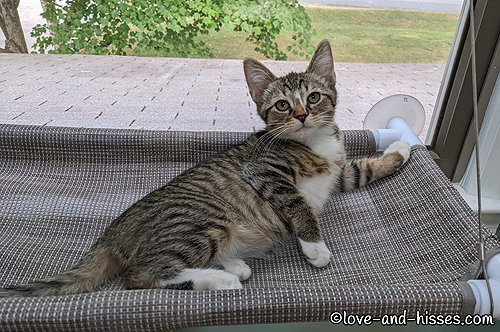 Marsali in the window hammock, all “What? What, lady? What?” 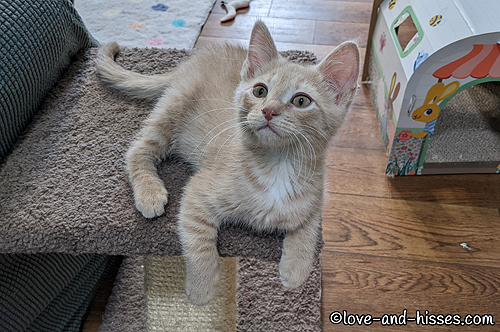 Jamie’s got the crazy eyes. 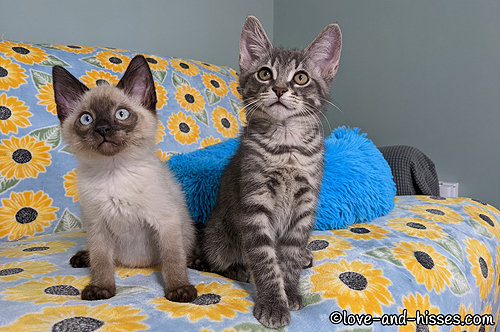 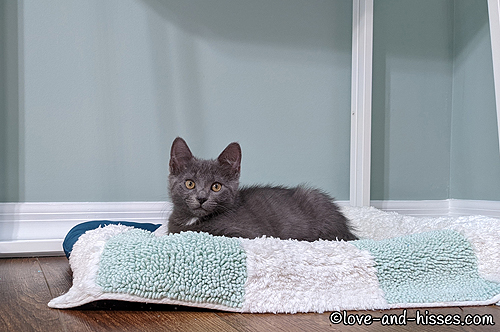 Lord John Grey in the aforementioned bed, under the desk. 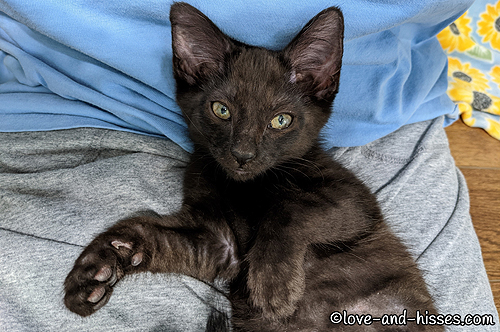 And Roger gets a snuggle.

The boys came through their neuter surgeries just fine, as expected. Some of them will be headed home later this week, but Angus and Ian will be with us ’til the end of the month because their people are going on vacation.

We got two more applications over the weekend – one for Jamie, and one for Jenny. So, to recap: Angus and Ian will be going together, and Fergus, Lord John Grey, Jamie, and Jenny will be going separately (joining homes with playful kitties already in residence.) This leaves Jocasta, Roger, Brianna, Marsali and Lizzie still available. 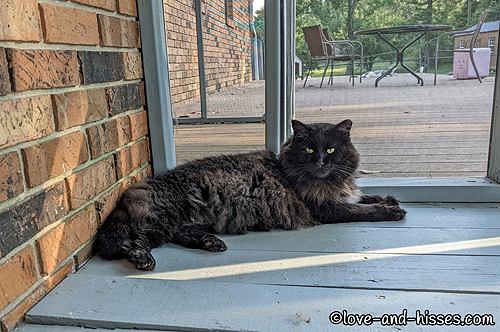 The Magnificent Khal is not at all bothered by the heat and humidity. None of the cats are, for that matter – they spend more time outside than in, even though it’s SO HOT OUT THERE. Weirdos. 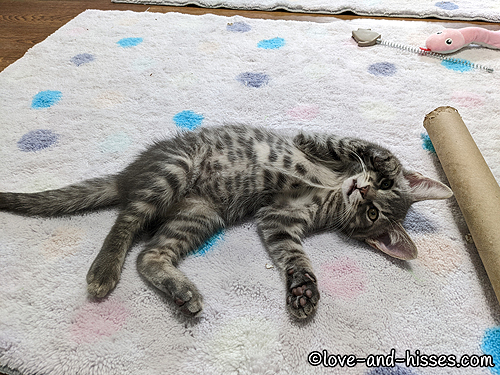 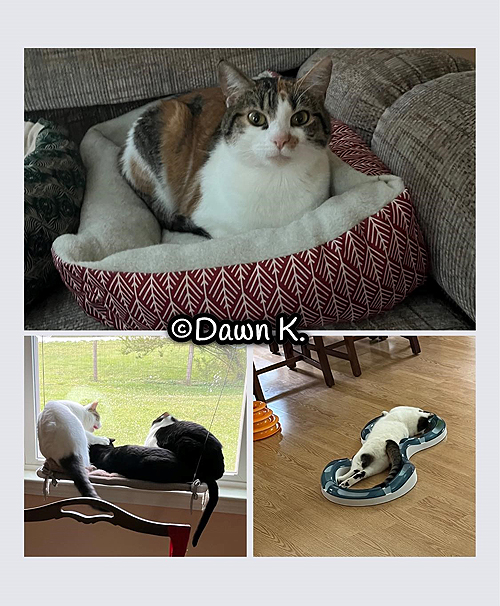 Remember Ivy? If you don’t, or have just started following the page, Ivy was a foster who came to us at the end of 2021. We thought she was pregnant, but she turned out not to be. She stayed with us for a while, and then was adopted along with another Forgotten Felines of Huntsville kitty, Jessica – now Jolene. They were adopted into a home that includes our former fosters d’Artagnan and Porthos. That’s Jolene (formerly Jessica) in the top picture, and Ivy in the bottom two pictures – giving d’Artagnan and Porthos what-for in the left picture, and playing with her most favorite toy ever in the right picture.⁠
⁠
Dawn reports: “Jolene (formerly Jessica) and Ivy love to nap, play, chase, and wrestle with their big brothers, Porthos and d’Artagnan.”⁠
⁠
She also reports that they’ve nicknamed Ivy “Spicy Jalapeno,” which I think is both fitting and hilarious.⁠
⁠
(Thanks, Dawn!) 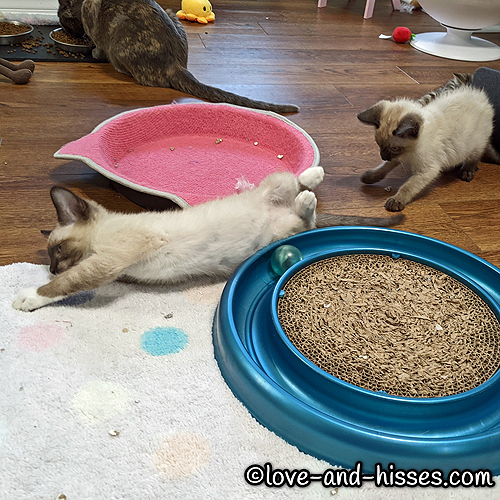 The boys came through their neuter surgeries just fine, and are back home already. They’re a little unsteady on their feet still – Fergus was chasing the track ball toy and lost his balance – but otherwise perfectly fine.

YouTube link
Brianna discovered a small piece of cardboard and just had the BEST time with it! (Also, check out Ian back there on the cat tree, snoozing the day away.) 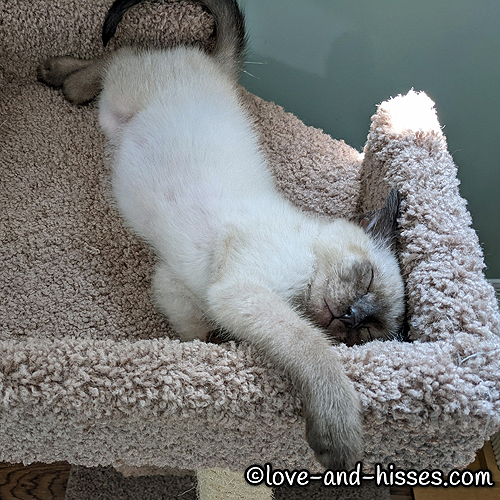 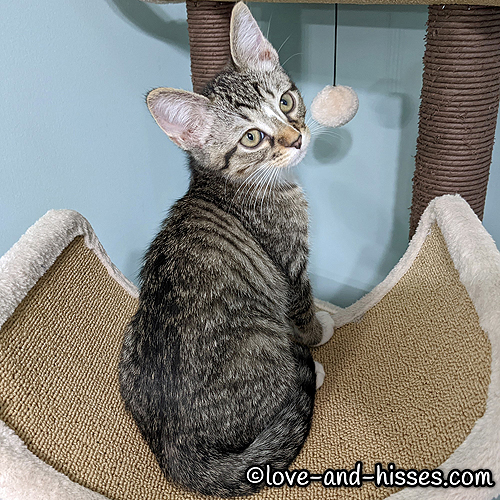 Marsali takes a moment to reflect that she is just SO DARN CUTE. 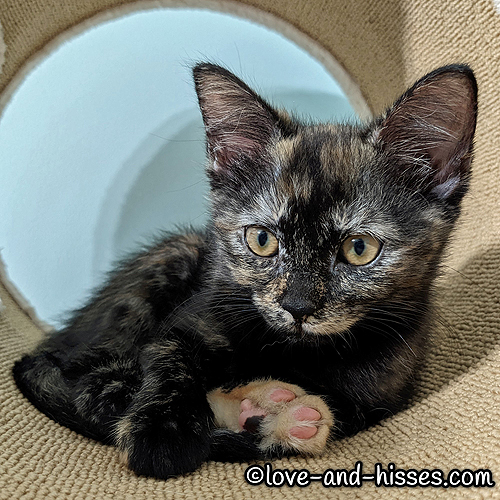 YouTube link
Jamie vs. Brianna. It’s hard to tell who has the upper paw here… but I do know who started this tussle, and it wasn’t Jamie!

YouTube link
Listen, if you think I didn’t immediately snatch up Jocasta and kiss her one million times, then you don’t know me at all. SHE IS SO CUTE.

YouTube link
Fergus has a purrrr. He is such a little snugglebug!

YouTube link
Jamie and Angus have a tussle… and then Ian gets involved (and pretty quickly wishes he hadn’t!) 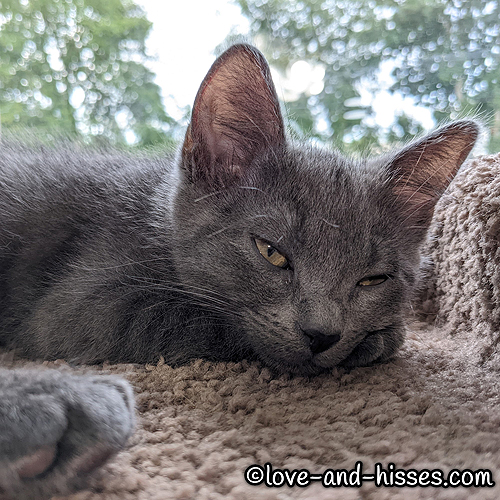 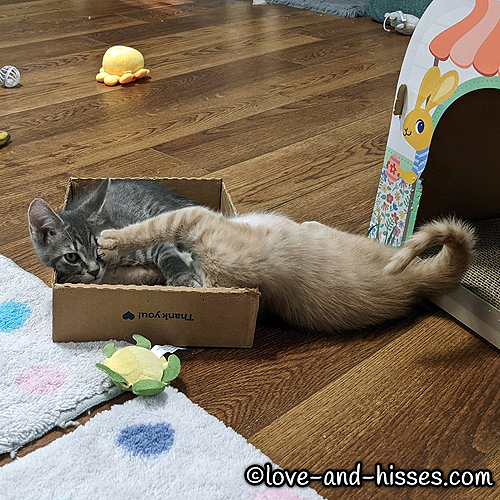 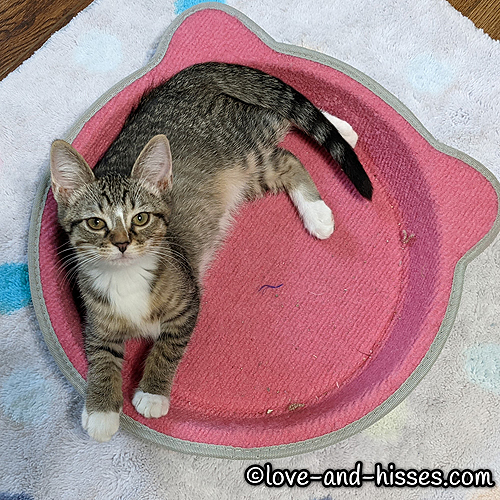 YouTube link
A little bit of Ian. He gets talkative when he first wakes up!

YouTube link
Fergus has definitely claimed that green spring as his own – and he’s not inclined to share!

YouTube link
Roger and Fergus in a basket. Roger finds out that biting tails is much more fun than having his tail bit! 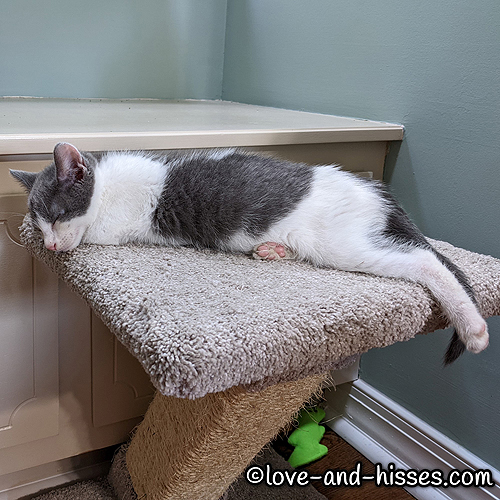