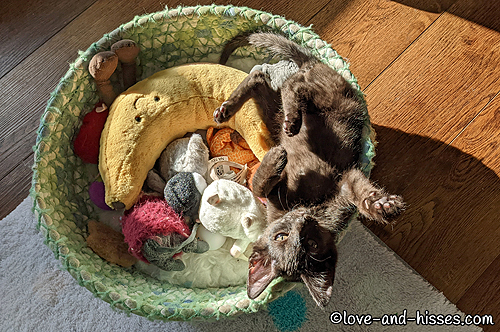 Roger hanging out in a basket of toys. As you do. 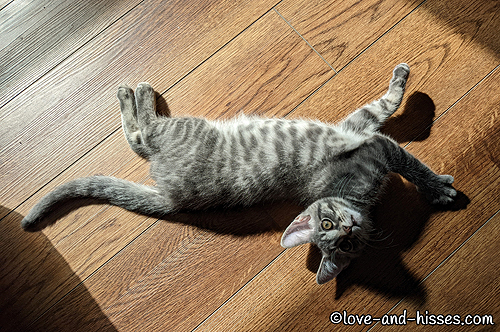 Angus loves to flop down on the floor and stretch out. 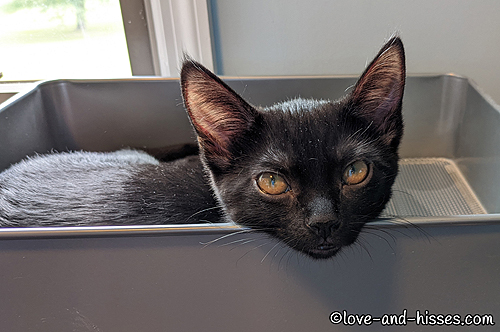 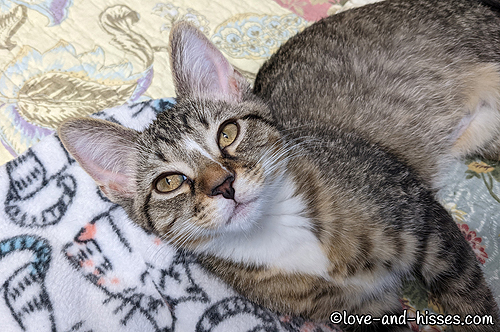 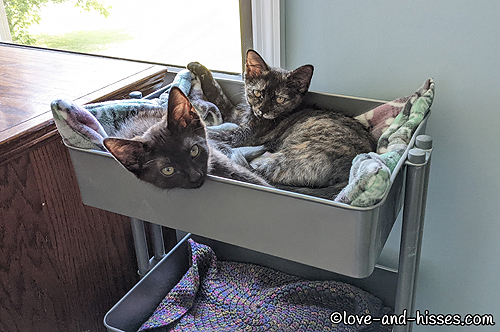 Roger and Jenny have a snuggle in the top of the rolling organizer thingy that is meant for organization of papers and office supplies. You see how that worked out. 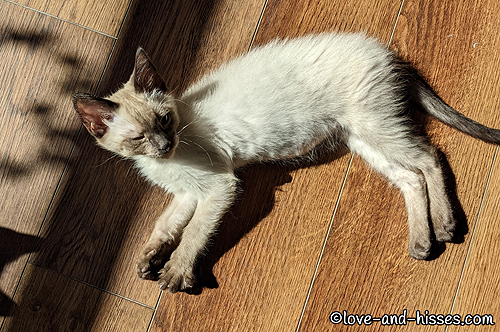 Ian in the sun. 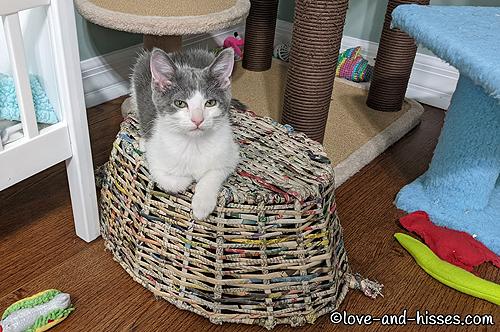 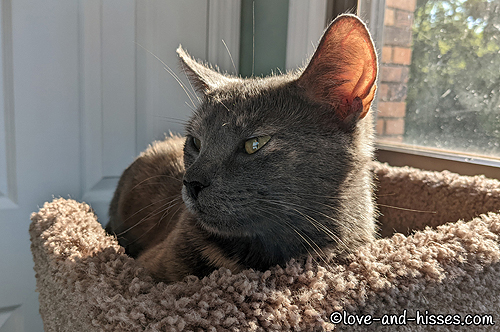 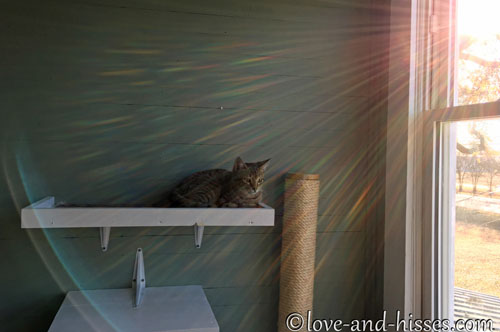 I love this shot of Dewey from 2016, with the sun coming in through the window. 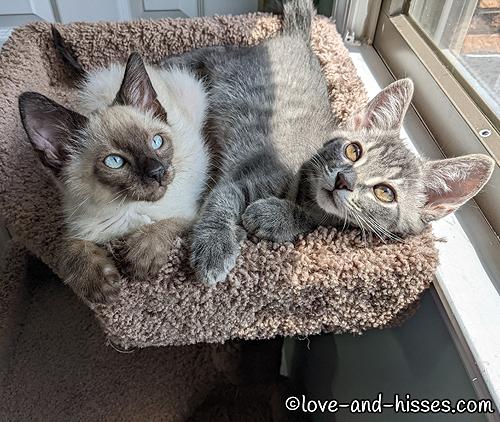 Ian and Angus have a snuggle while waiting for breakfast to appear. 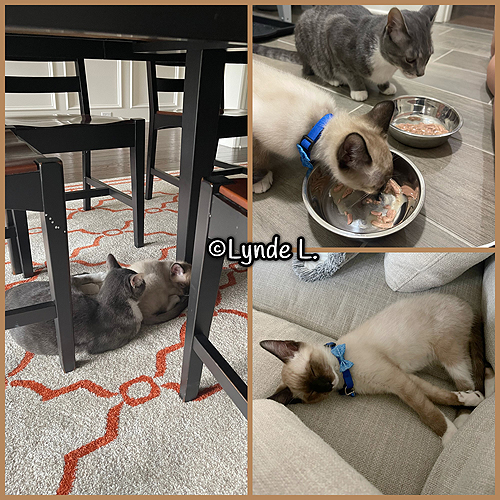 Look look look who it is! It’s TJ (formerly known as Fergus, who went home last Friday) and his new big brother Kevin! Lynde reports that Kevin had a hard time with the new addition at first, but things are getting better, and they’re playing together… and Kevin even gave TJ a bath! I’m sure it won’t be long before they’re best friends! 💙 (Thanks Lynde!) 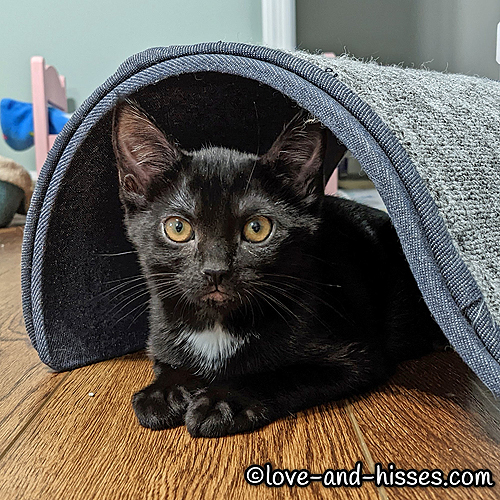 Such a serious little face on Lizzie. 🖤

YouTube link
The kittens really need to clean their room (Jocasta agrees!), but are too busy playing. 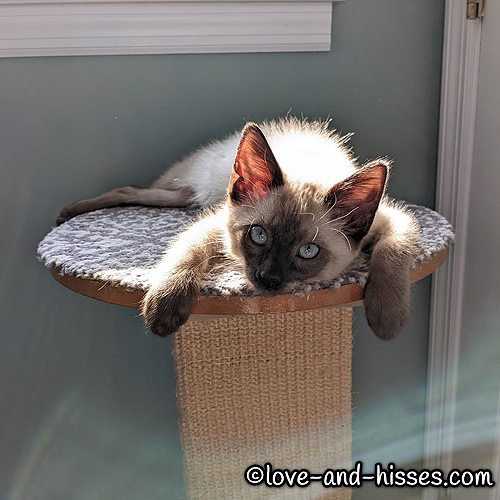