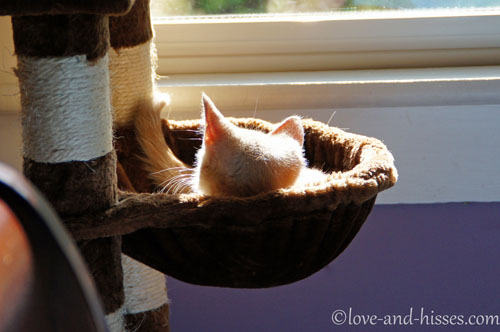 What’s this? A rare moment when Scorch the Mouth isn’t talking? 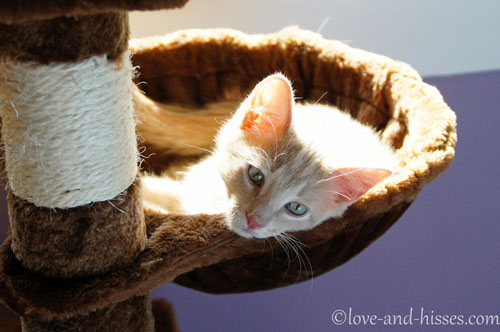 How peaceful he looks. I guess he doesn’t have anything to complain about. 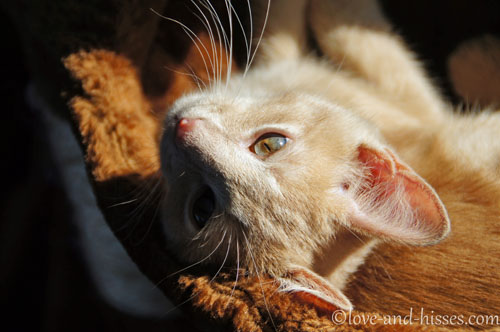 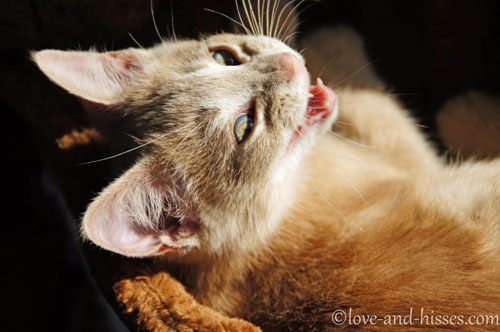 (Scorch is off to be neutered today, but shhhhhh. Don’t tell him, or else he’ll start pretending to be sick again to get out of it!) 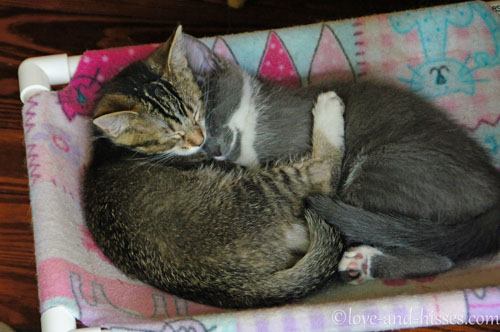 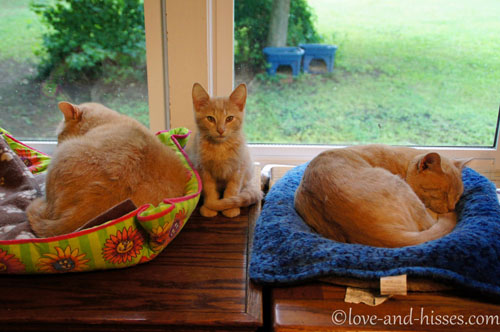 Three little buffies, all in a row. (Newt on the left, Stefan on the right, Scorch in the middle. I’m mostly amazed that Newt isn’t growling at Stefan, because he has NO love for Stefan. Too bad for you, Newt. He’s clearly here to stay!) 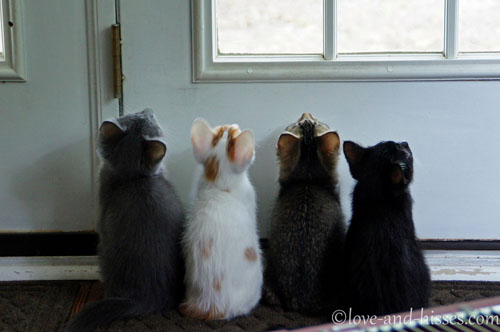 Four out of five Dragons agree that bird-watching is THE BOMB. 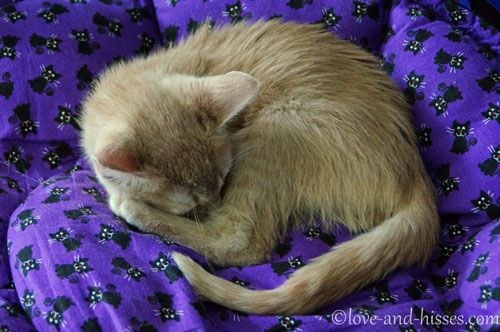 Scorch would probably agree that bird watching is fun, but he was too busy napping in Fred’s chair. 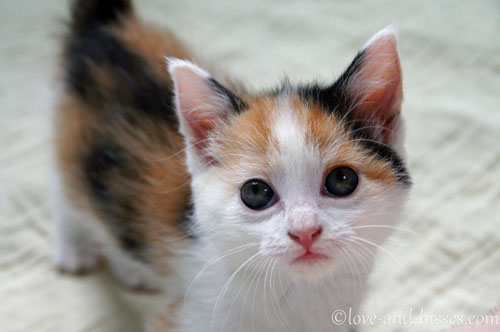 Arya has some Precious Moments eyes. 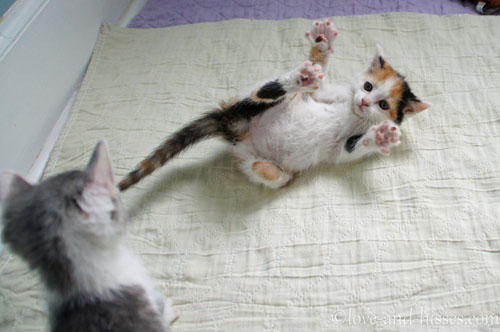 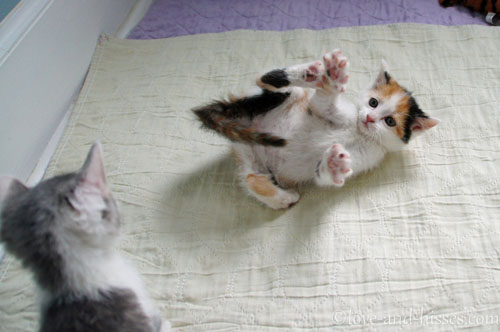 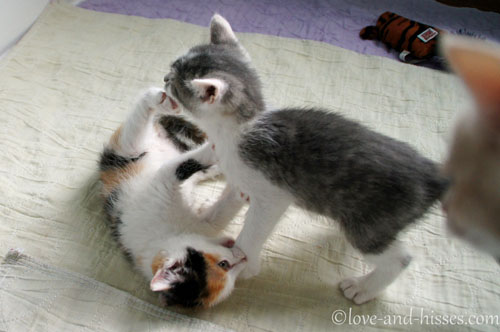 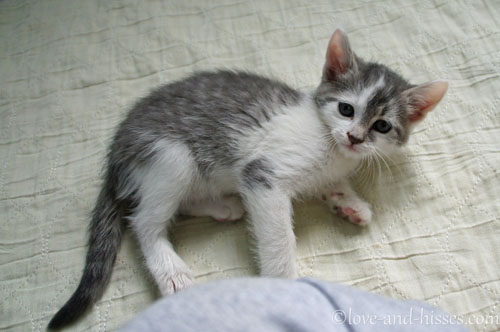 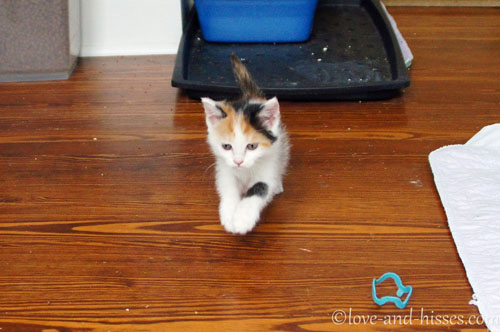 Places to go, people to see! 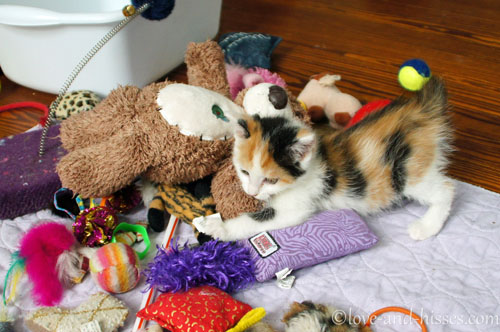 A pile of toys to dive into! 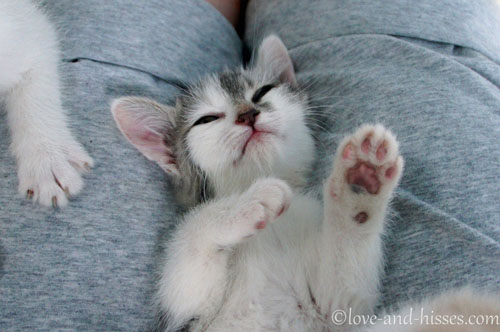 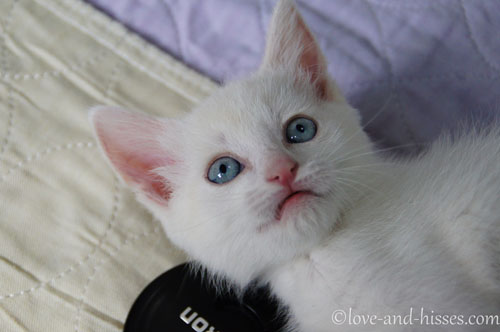 “What… what does this lens cap say? I THOUGHT WE WERE A NIKON FAMILY!”
(For the record, we’re a Sony family. Every digital camera we’ve owned, from the very first one that took floppy discs, has been a Sony. However, that lens cap says “Tamron” because it’s a less expensive lens, and it fit on my Sony DSLR.) 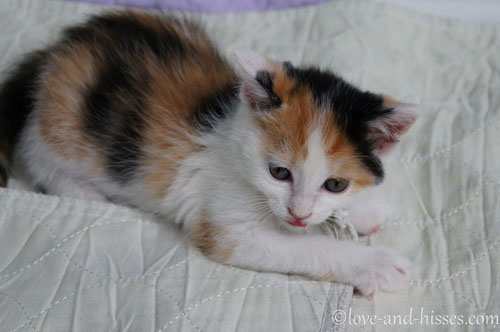 Arya reflects that the corner of that washable pad doesn’t taste like she thought it was going to. 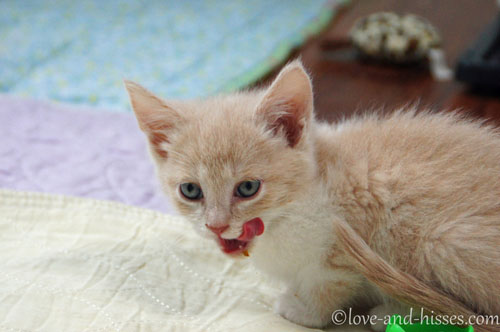 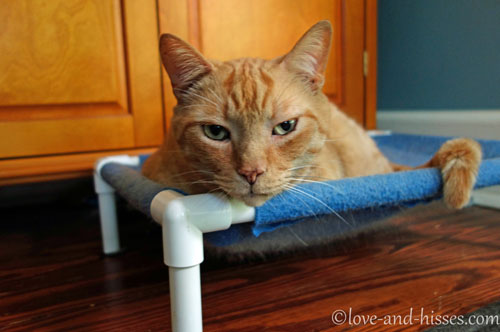 “You tell those whippersnappers that this is MY ham-mick and NOT theirs and they better STOP thinking they can just go laying in it, all willy-nilly. IT IS THE ONE PLACE IN THE ENTIRE HOUSE THAT IS ALL MINE AND I AIN’T SHARIN’. You get me?”