The Dragons get their (da) bird on. 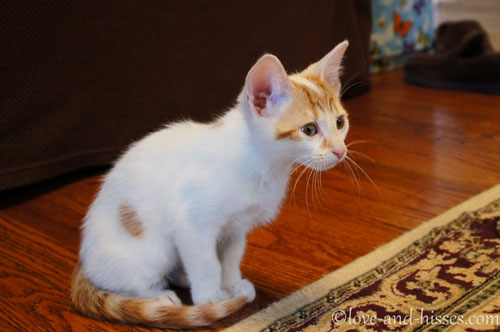 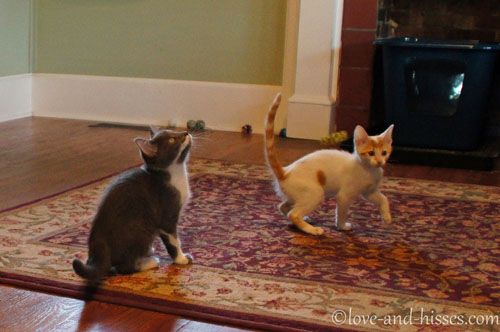 Ember in mid-prance, while Puff gazes off into space. 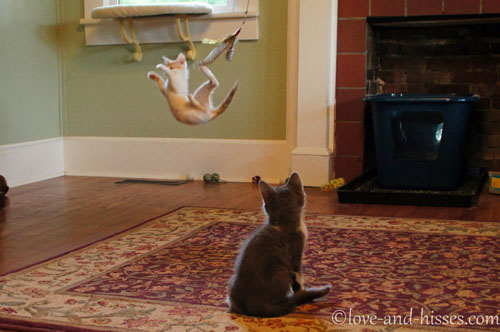 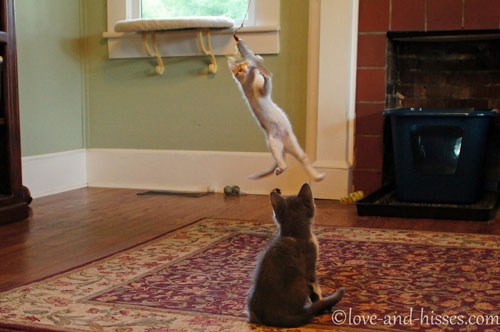 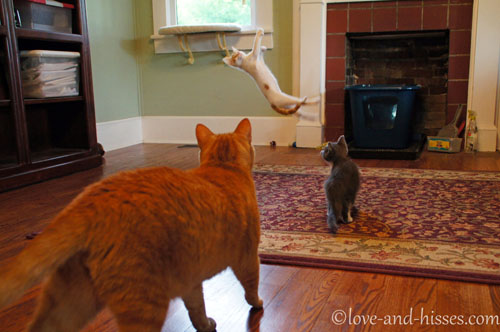 And again. Sugarbutt stomps in to see WHAT is going ON. 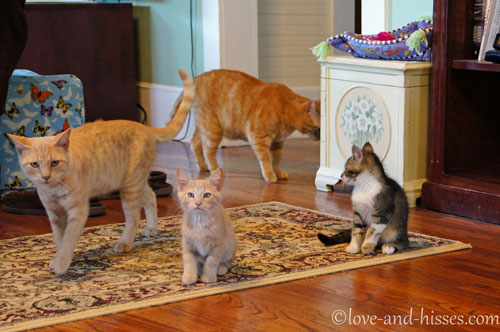 And more Dragons (and Stefan) come in to check it out. That look Stefan is giving me is a real “Who’s pickin’ a banjo here?!” look. 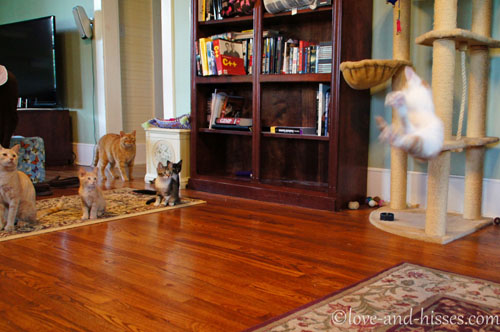 Ember, a mid-air blur, and everyone looking at her, trying to figure out WHAT she’s doing. 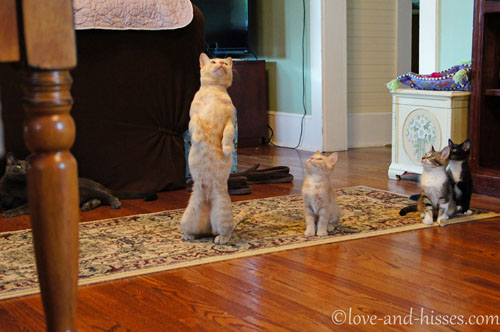 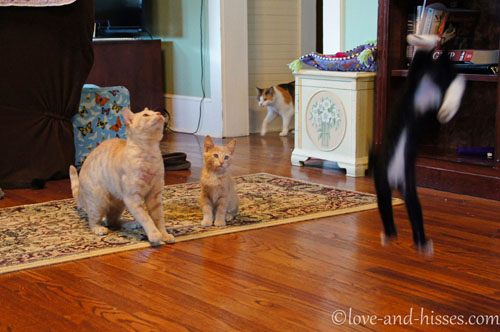 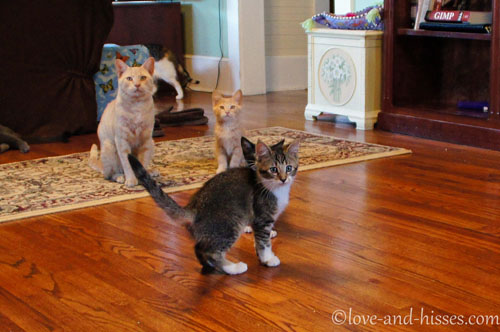 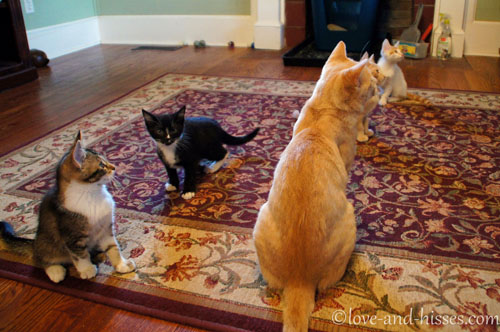 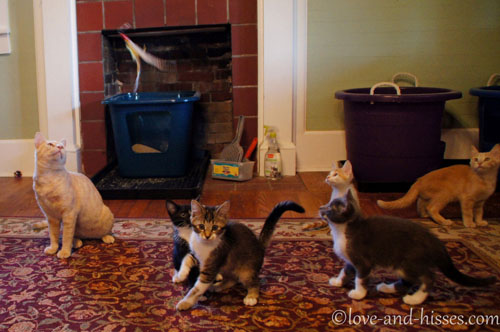 All five Dragons (and Stefan)! 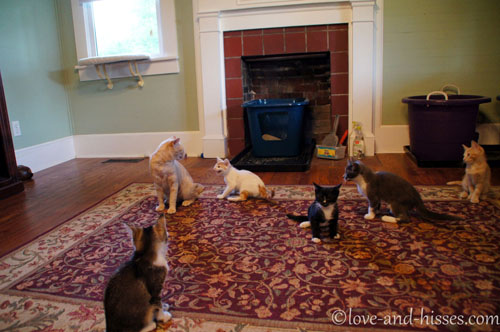 Ember found herself a little too close to Stefan and hissed. 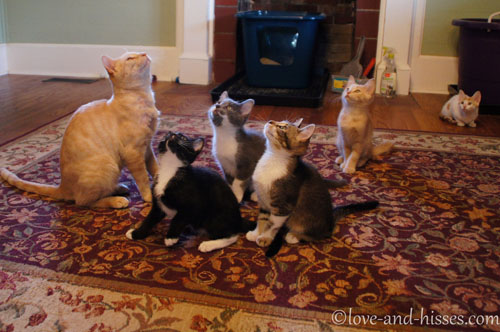 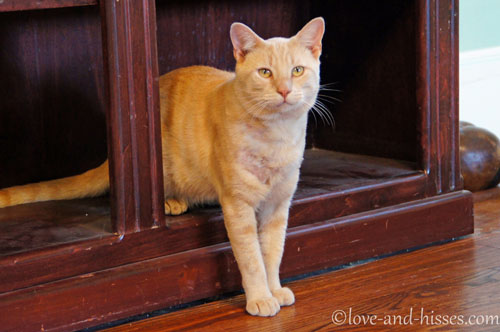 Stefan takes a break and would like y’all to know that it’s his fault that shelf is so dusty. He forgot to strap on his Swiffer Duster and do his job. You just can’t get good help these days! 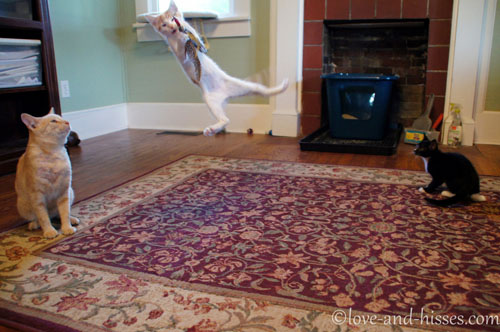 No pictures of the Starks today, but I have videos!

In the first, I tell Jon Snow that he’s such a “grimpf” (I have no idea what word I was aiming for there) and then we watch his siblings climb the cat tree like the monkeys they are, and he goes to join them.

In the second, you can see that they’ve really gotten the hang of this whole running and playing thing.

And in the last, Hodor is very, very sleepy. But he’s afraid he’s going to miss something, so he struggles to stay awake.