Please take note: I am out of town for a few days. There will be no blog posts until Thursday – and depending on what time I end up getting home on Wednesday, there may not be any blog posts ’til Friday. There also won’t be any social media posts. If you get bored, there’s a yellow “Random posts” button over there in the right sidebar – click on it! There are 4,278 posts on this here blog. Are you sure you’ve seen them all?

(Catch you later this week!) 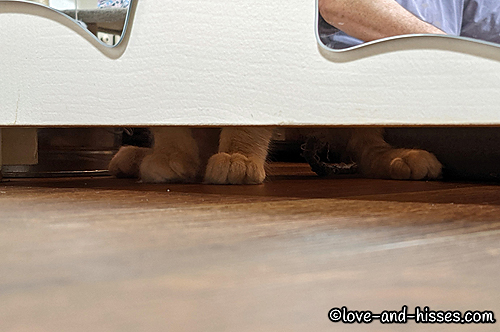 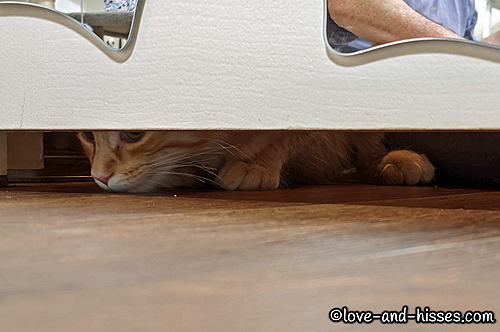 And a Theo nose! He really wants in that foster room (but really only when I’m in there. When I’m not, he doesn’t care about that room.) 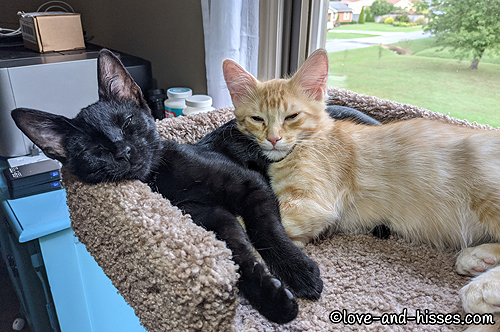 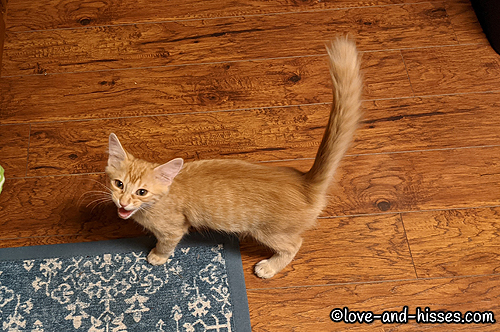 I was cleaning cat food cans, and Theo heard and came running to tell me how he was starving to death… even though he’d JUST eaten breakfast. 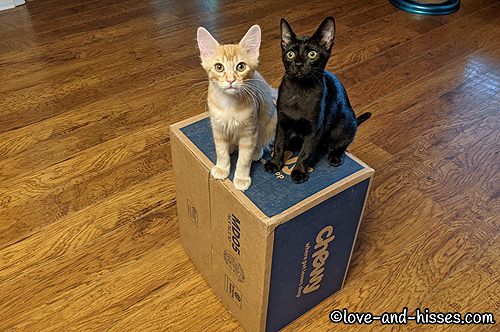 The Quality Assurance team is here to check on the quality of the food in this Chewy box. But joke’s on them: there’s no food in there (it was refills for the Litter Genie). 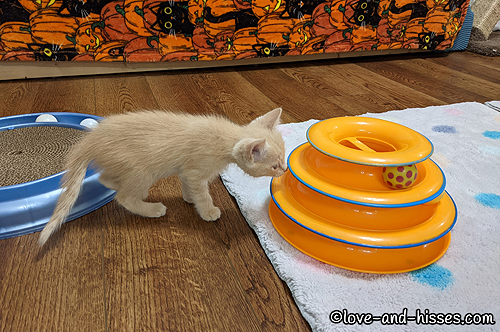 Sammy was all “Hmm. This looks like an interesting toy. I wonder what you’re supposed to do…” 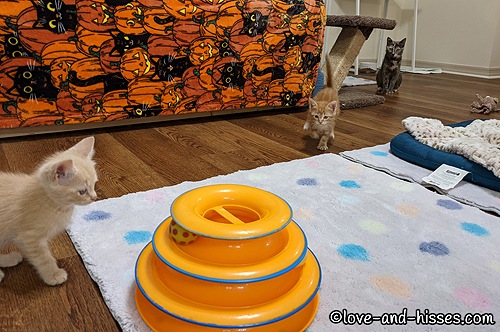 Ozzy saw Sammy’s dilemma and was all “Wait! WAIT! Don’t touch it! I’ll show you!” 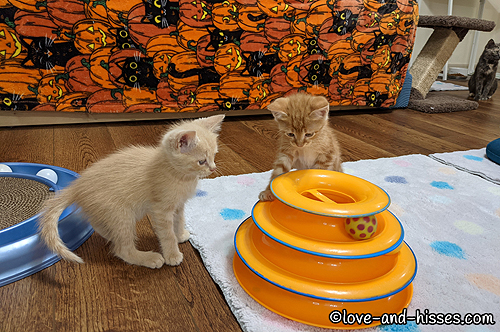 “See? You smacks the ball, and it goes around and when it comes back to you, you smacks it again!” 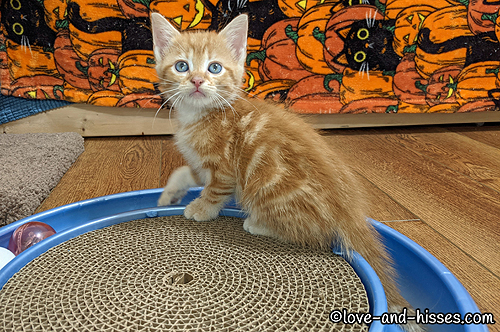 “I am an excellent track ball player.”

Ruthy discovered the ham-mick and she thinks it’s kinda cool. 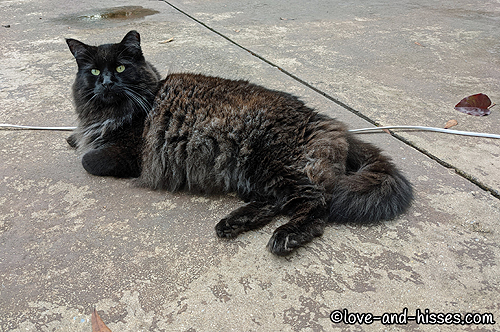 My GOODNESS that Khal is one fabulous floofball. 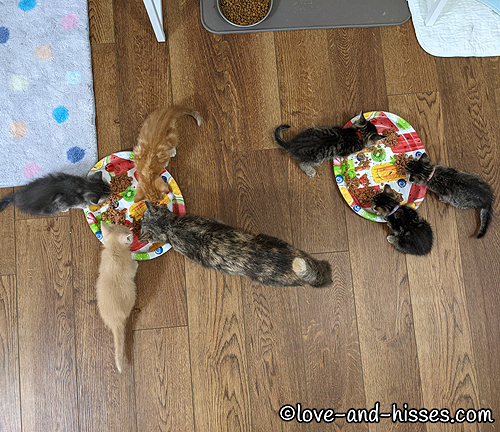 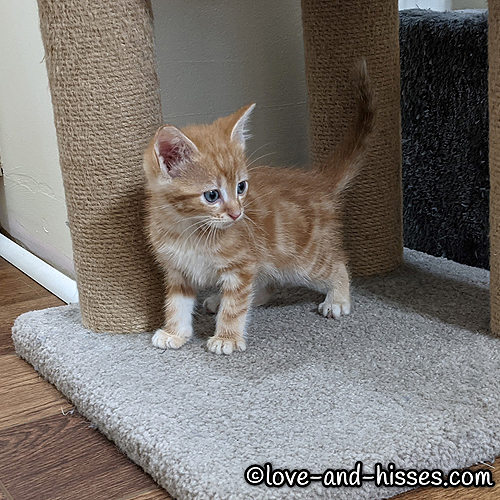 If you were under the impression that Ozzy Osmium is the explorer of the group, you are CORRECT. That boy is the first on the scene to see what’s going on, followed very closely by his buff brother Sammy Samarium.

YouTube link
Oh, y’know. Watching kittens play and trying to figure out who’s who (and totally mixing up Nikki and Ruthy.) 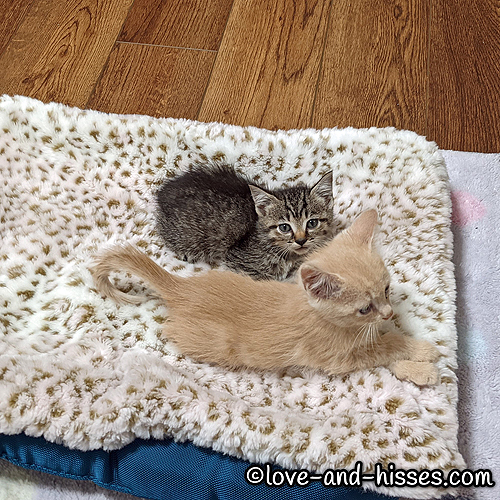 Well, buff tabby boy Sammy Samarium and his brown tabby sister Nikki Nickel have discovered the bed and would like everyone to know that it is comfy. (Please admire Sammy’s neatly folded paws. He’s a GENTLEMAN.) 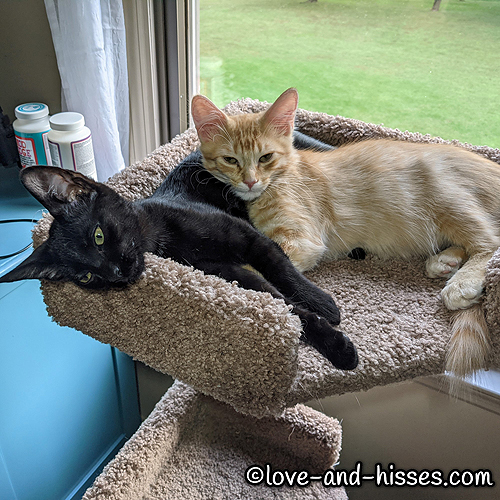 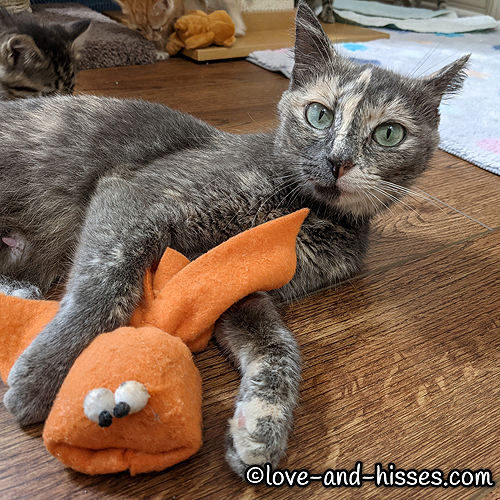 Every now and then, when the kittens are off doing their own thing, Maddy Magnesium likes to spend time licking and drooling on this catnip fish toy. It’s her “me” time, and I’d say she deserves it.

YouTube link
Mama Maddy Magnesium is a total sweetheart, if you were wondering. 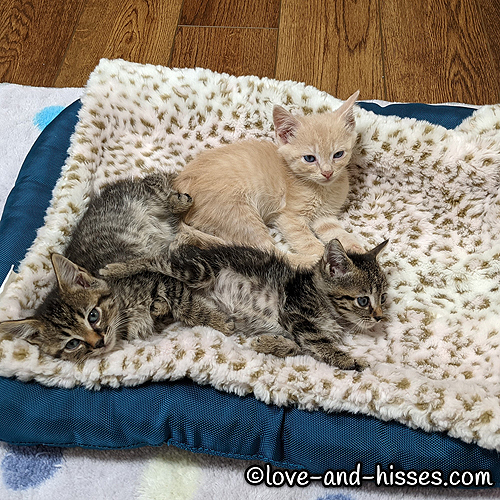 Yesterday we had two kittens in this bed, today we’ve got three… SOME day we’ll have all 6 curled up together, I’m sure of it! (We have buff tabby boy Sammy Samarium, brown tabby boy Barry Beryllium on the left, and brown tabby girl Nikki Nickel on the right.) 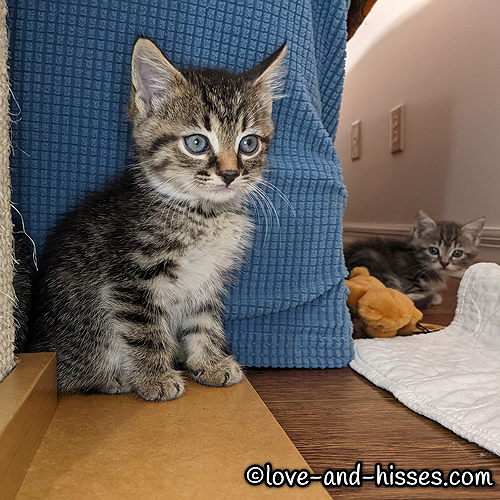 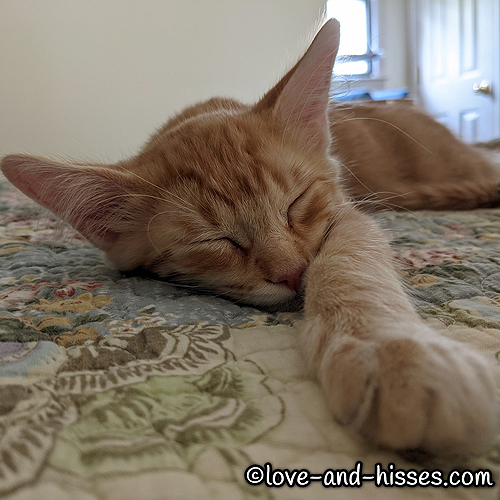 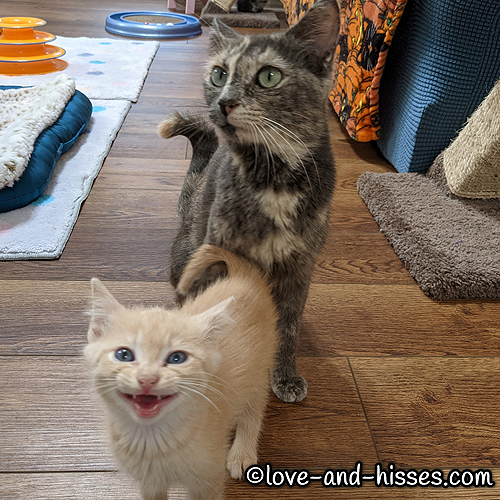 Pardon the blurry pic, but Sammy’s little smilin’ face is cracking me UP. (Also, did you notice that mama Maddy has a tail light?) 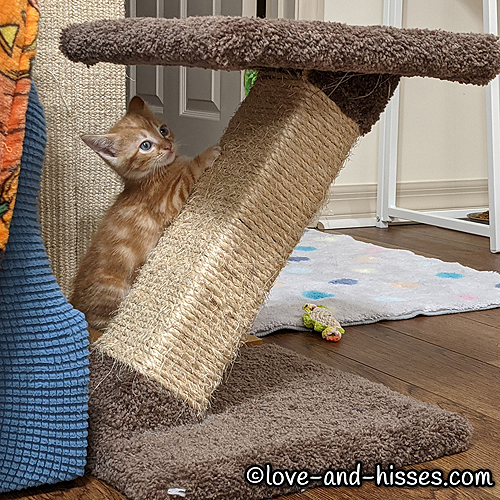 My assistants are hard at work, as usual. (Sofia Soy Sauce & Theo Pesto) 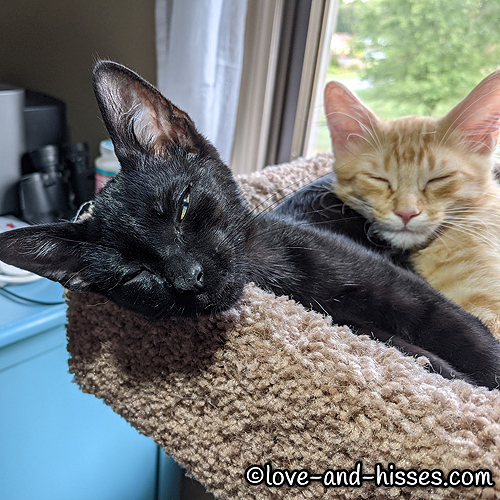 The fact that there’s a platform at the top of this scratcher has Ozzy in a state of complete befuddlement. “NOW what am I supposed to do?!” 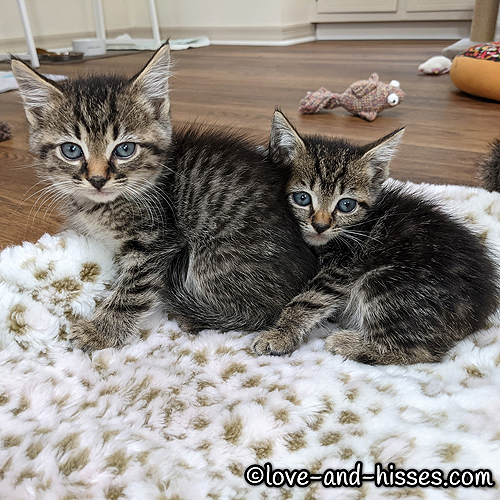