Here are the rest of the pictures I got of Theo and Sofia while they were here. We’ll miss those silly muffins – BUT the good news is that we get to see them on Facebook! Follow them at Team Lavine’s Snack Shack! 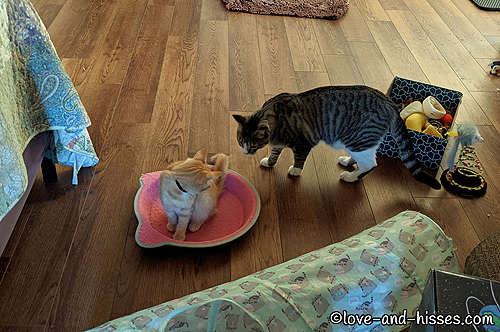 “Kid,” says Uncle Charlie. “That’s quite a tail you have.” 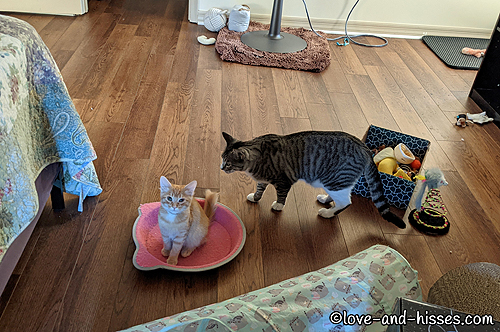 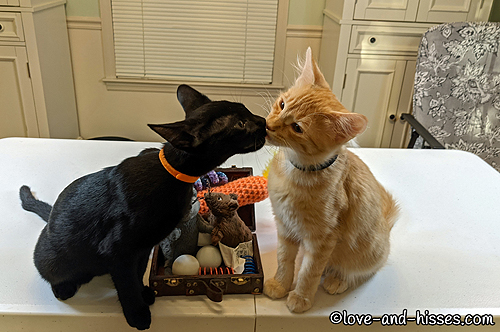 Outtake from the suitcase “adopted!” pic. (There might have been a bit of Churu on Theo’s face.) 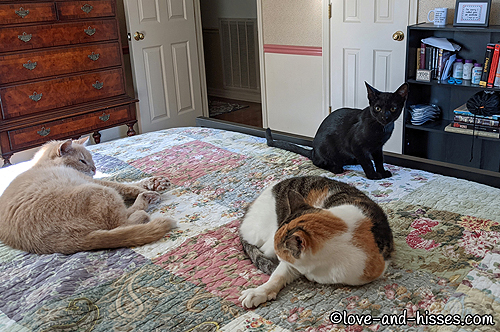 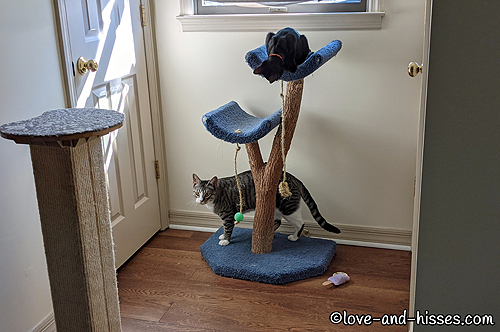 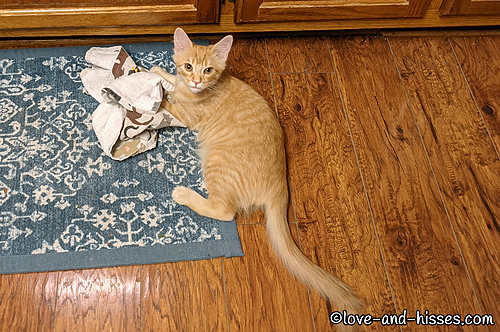 So… looks like Uncle Archie taught Theo a thing or two.

Theo Pesto has certainly turned into a big ol’ snugglebug.

That boy likes his sleep. 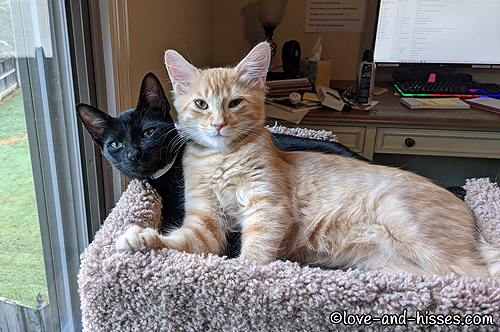 Alas, Theo never got to meet the little ones, even though he really wanted in that room. Last week he started sneezing and ended up with a visit to the vet and some medication. And while what he has doesn’t appear to be contagious – Sofia hasn’t sneezed at all and she and Theo are forever all up in each other’s business – I thought it wouldn’t be smart to intermingle the big kittens and little ones, just to be safe. (Though how FREAKIN’ ADORABLE would a picture of Theo and Ozzy meeting have been?) 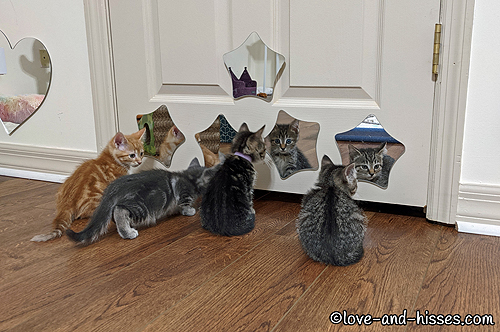 The little ones could hear Theo and Sofia playing in the hallway right outside the foster room door, and were very curious. 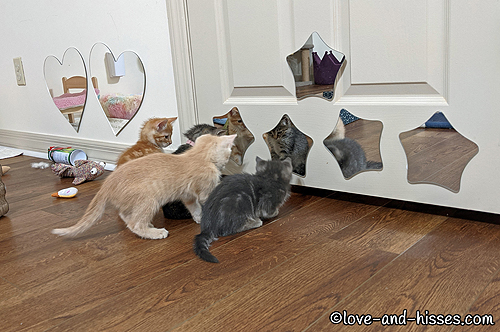 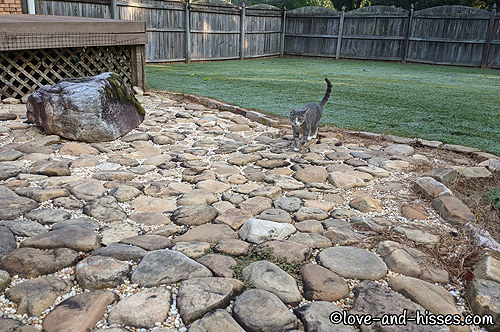 Archie, stomping across the lawn. 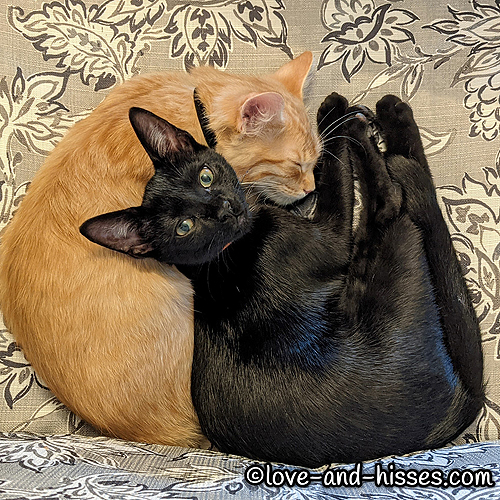 Getting a little extra rest for the big day ahead: Theo Pesto & Sofia Soy Sauce will be starting their journey home in just a couple of hours!

“Ready to hit the road, lady!” 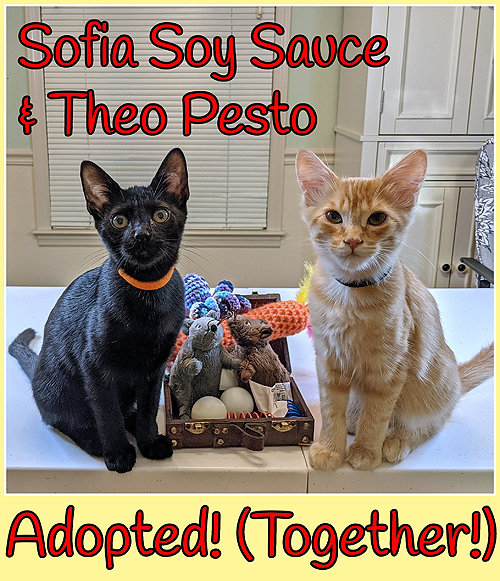 Hooray, hooray, Sofia Soy Sauce and Theo Pesto were adopted (together) today!!! They are headed home right now to Sacramento, California – and you’ll be able to see them on Facebook right here!