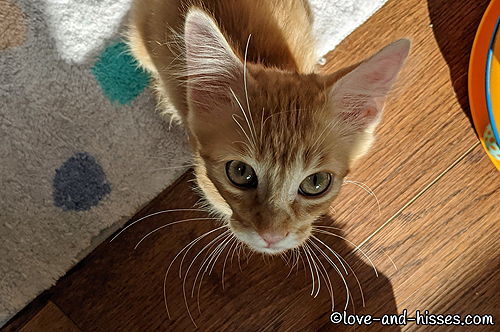 Theo Pesto from above. 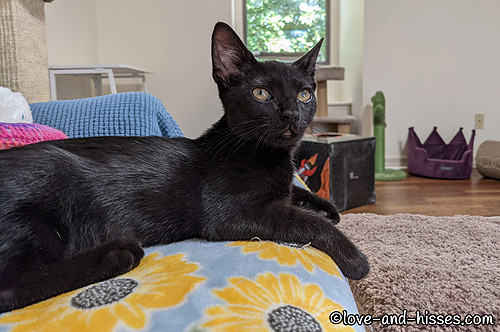 Oh, that Sofia Soy Sauce. She is just so stinkin’ CUTE. 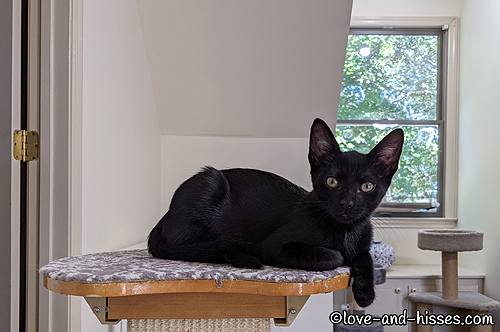 And she KNOWS it. 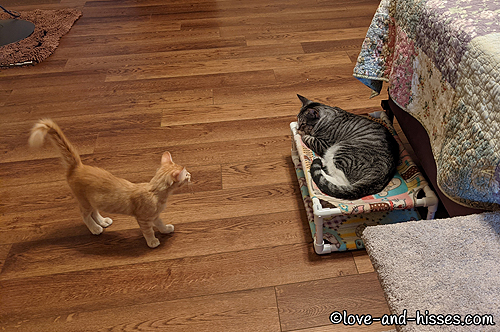 This facedown ultimately ended in a hiss (from Theo, not from Charlie), but it was a very quiet hiss. 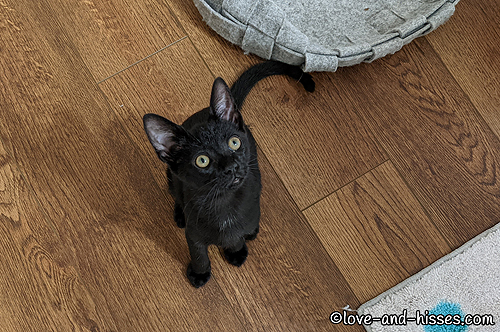 Sofia Soy Sauce from above. 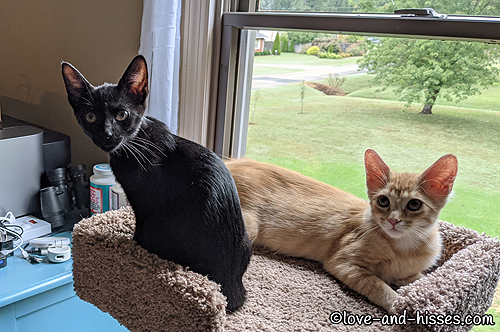 When I am at my computer, these two love to curl up on this cat tree and hang out.

Day Three was the day they decided they should do a little exploring. Sofia Soy Sauce made it down the stairs and halfway down the hall into the laundry room; I didn’t even realize she was there until I walked into the laundry room and saw her using the litter box. Theo Pesto was a little more hesitant to explore, but made several short trips downstairs. At one point he made it all the way to the end of the hall and into Fred’s bedroom, wherein he came face to face with Newt and hissed and ran away. The kittens still spent the majority of their day (and night) upstairs in my room, but I expect that more exploring will happen in the days to come. 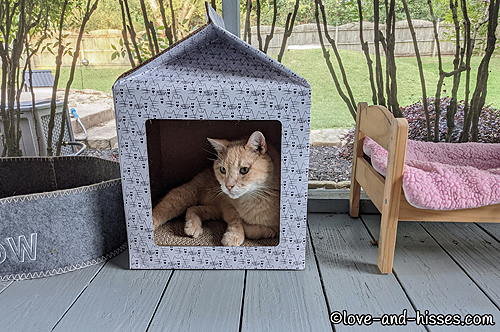 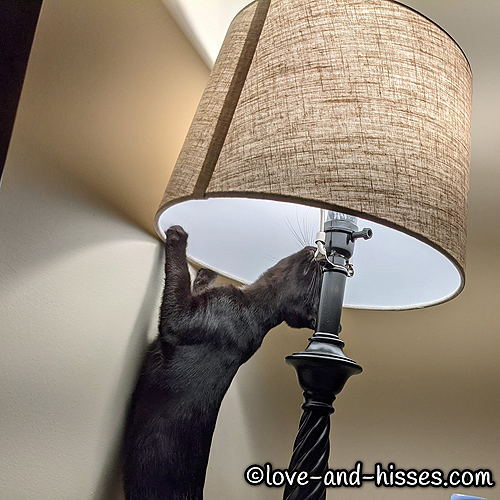 The head of Quality Control is here to check my lamp (she declared that it’s “ugly and boring but safe.”) 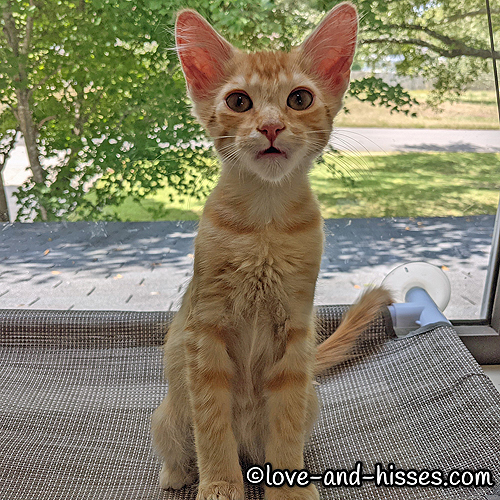 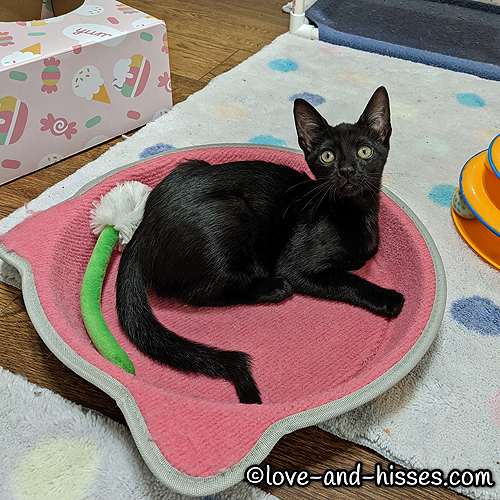 It’s a Sofia Soy Sauce pie! (And yes, she is every bit as soft and silky as she looks!)

(Sofia and Theo are with us for a few more weeks; they’re adoption pending (together) and will head home mid-October.)