Edited to add: yesterday was such a busy day, I mixed up my days and was thinking today is Thursday. The questions-and-answers I usually post on Fridays will happen on Monday instead. Sorry about that!

In case you missed it on social media yesterday, Wisteria is (as I suspected) a faker. 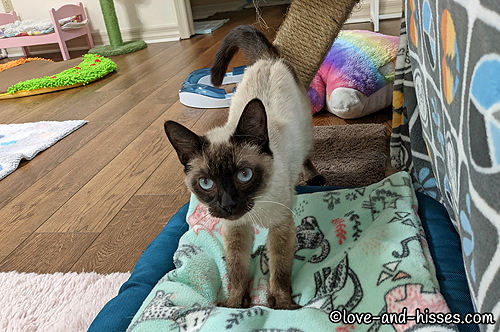 “I never SAID I was pregnant.” 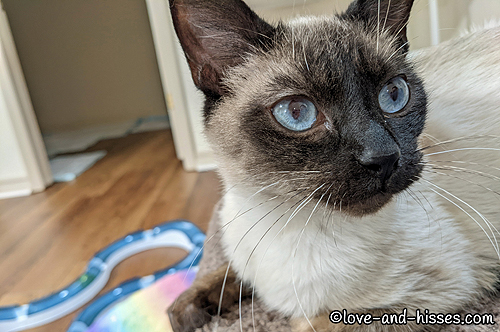 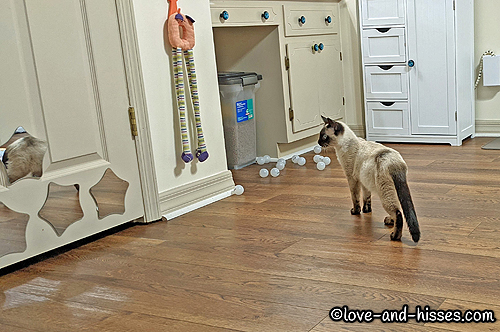 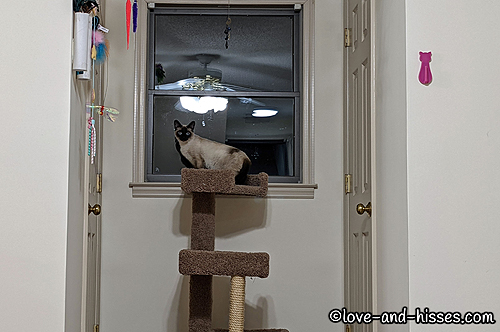 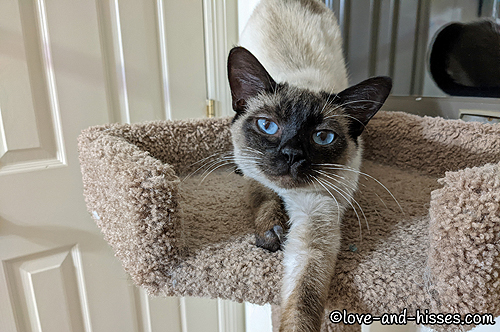 What a smug little face. 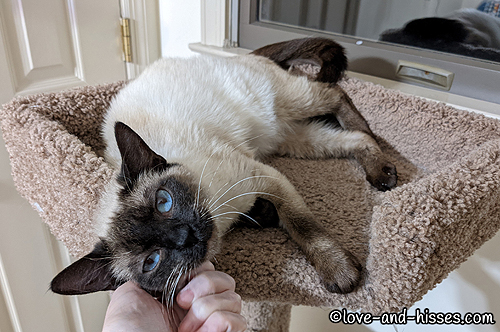 And so, so sweet. 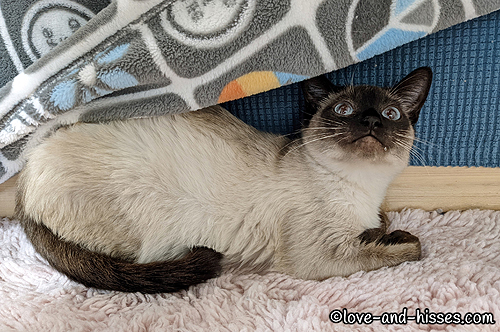 When I went into the room yesterday morning to get her for her vet appointment, she was just chilling under the blanket that hangs down the front of the couch. Silly girl.

So I dropped her off at the vet, did some errands and came home, and not long after, the vet called to report that she was NOT pregnant. While of course I would have loved to see the gorgeous kittens she would have produced, I was really happy for her. She’s so young and tiny that I would have been worrying the entire time.

(Though I’d like to add here that Carolyn – mama to the Little House on the Prairie kittens – wasn’t even 6 pounds when I got her. Wisteria weighs a good half pound more than that – but she still needs to put on weight.)

I went to pick her up, but upon leaving the vet’s office, I talked to Brittany and ended up taking her to Michelle’s house.

Wisteria is adoption pending (yes, that happened fast!) While ordinarily she’d come back to my house to have her course of medication and wait for her spay to happen (it’s scheduled for February 10th), that also ties up my foster room. With kitten season starting to ramp up, it was decided that the people adopting Wisteria would foster-to-adopt her (she’ll be formally adopted once her spay is done). Michelle is going to deliver her to her new home, and so rather than bring her home with me and then have to take her to Michelle’s, I took her to Michelle’s right then.

So that was quite the whirlwind of a day! 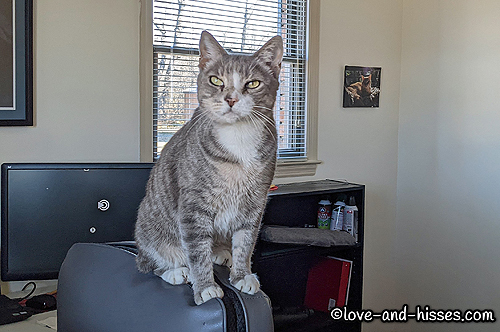 Archie loves to balance on the back of Fred’s office chair. 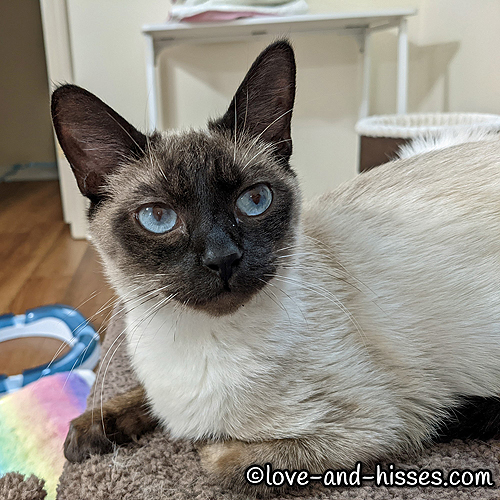 Wisteria is off to the vet this morning – she started sneezing yesterday. While she’s there for the sneezing, they’ll do a pregnancy check. I know what *I* suspect the answer will be, but I’ll let y’all know later today what the official word is. 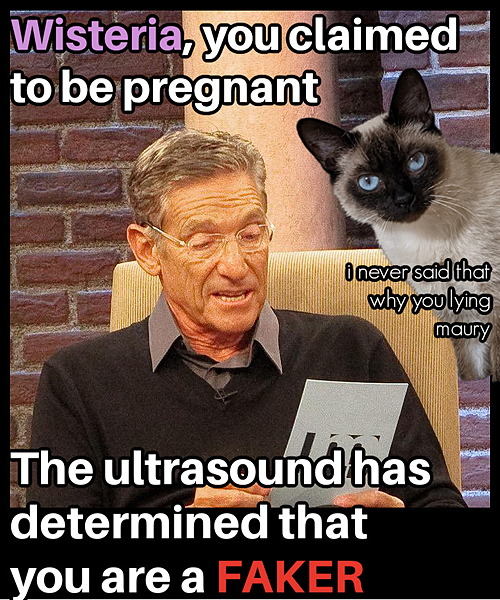 The verdict: Wisteria is a fakey fakey faker. No babies on board, now or ever! Yay!!! She’s got a bit of an upper respiratory infection, and is on meds for that, but otherwise in good shape.⁠ 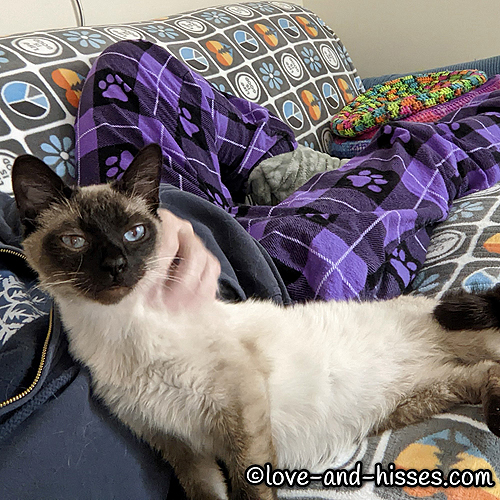