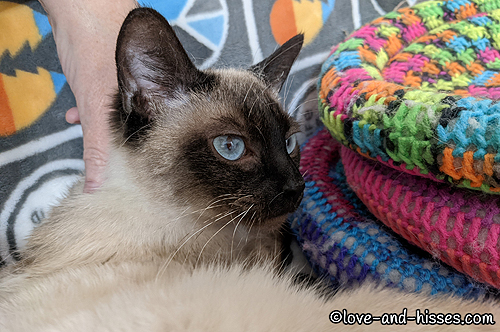 Wisteria has a think. 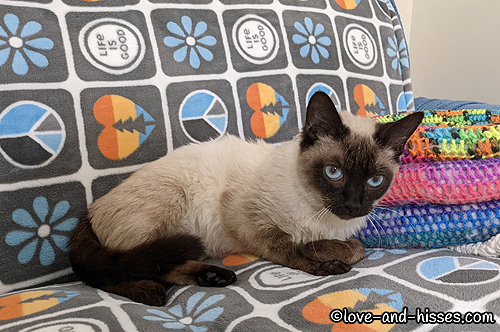 “You gonna come pet me, lady?” 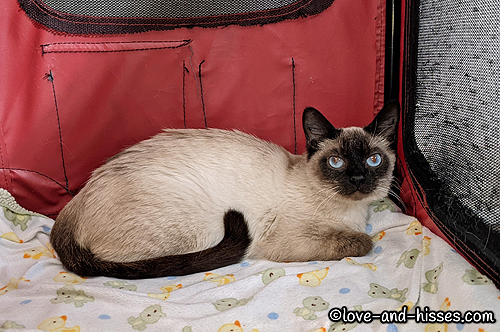 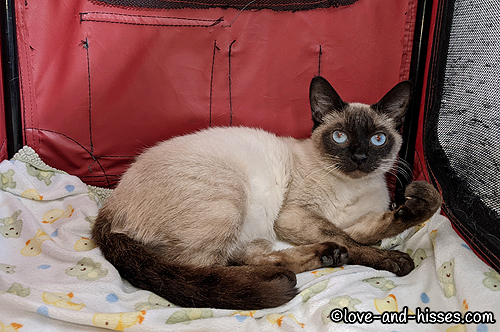 “I gots a knuckle sammich for you, lady.”

It looks like we’re going to have an answer for “Pregnant or no?” sooner rather than later. Wisteria has developed some upper respiratory symptoms, and will be going to the vet today. I’m dropping her off first thing so they can work her in. My prediction is that we’re going to get a “no pregnant” and some meds, but of course I’ll let y’all know. 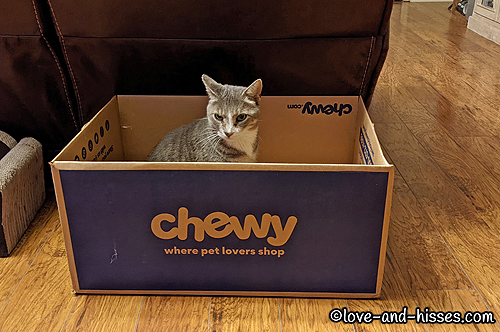 YouTube link
Say hello to Wisteria, our gorgeous new foster, a female seal point Siamese. Found stray and turned into a shelter, she’s believed to be about 10 months old. She’s very sweet and possibly pregnant (I’m going to remain skeptical for the time being, though.) 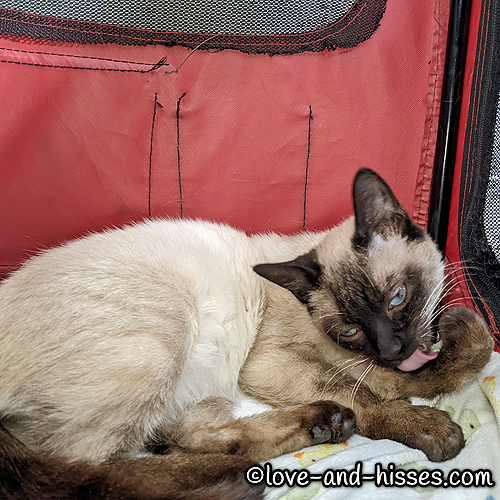 Bath time for Wisteria. (In case you missed it, Wisteria is our new foster. She’s about 10 months old, was turned in as a stray, and may or may not be pregnant.) 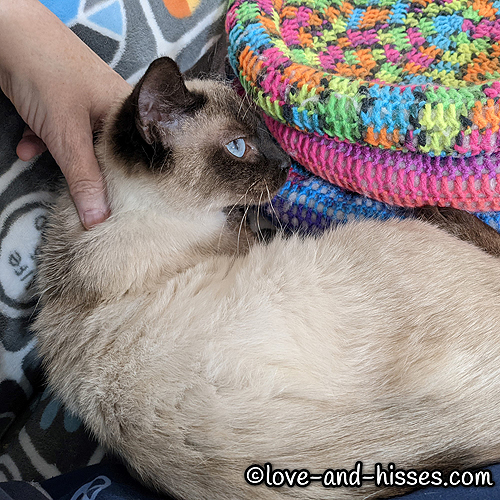 Oh this girl is SUCH a lovebug! (In case you missed it, Wisteria is our new foster. She’s about 10 months old, was turned in as a stray, and may or may not be pregnant.) 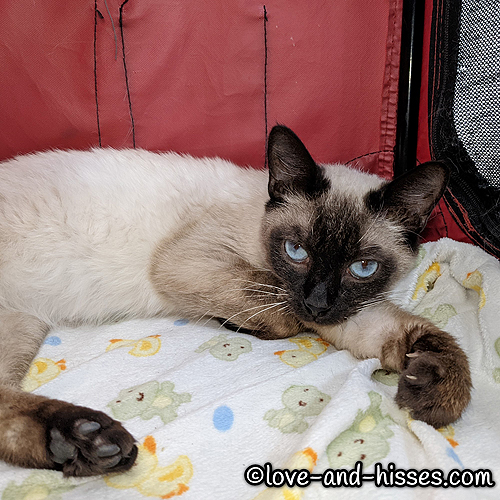