I was up at 3:30 yesterday morning because I’d put Alice in the foster room overnight, and girlfriend wanted OUT. At 3:30, I could no longer sleep through the howling and the banging on the door, so I got up and showered and started my day.

At 7:30, I left the house with Alice in a carrier, and took her to a vet clinic 25 minutes away. I left her there (and how pleased was I that the receptionist recognized the name “Alice Nelson” as Alice from The Brady Bunch? SO pleased!), and picked her up in the afternoon. She had a nasal endoscopy to see if she had a polyp above her soft palate, and as it turned out (because it can never be something simple, you know) she does not. So I’ll let y’all know what the next step is when I know. At least we were able to rule out a polyp!

Alice was REALLY happy to be home, and despite being a little groggy from the anesthesia, she was playing and rubbing up against Reacher, and eating as soon as Fred let her out of the carrier. 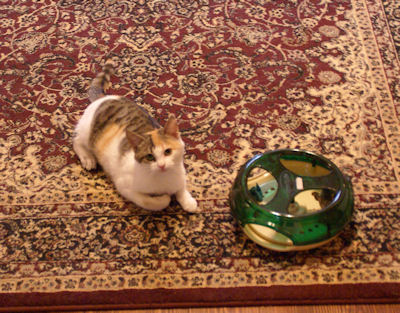 I really need to get a shot of Alice next to one of the big cats so you can see just how tiny she is. 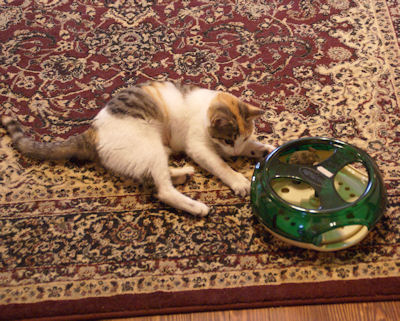 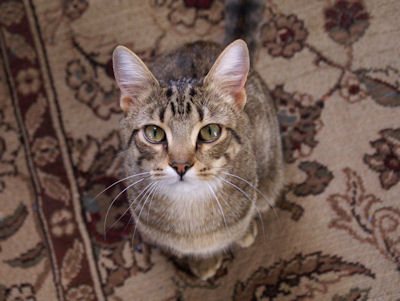 Corbie is one beautiful boy, is he not? 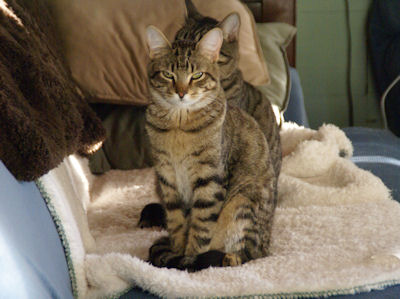 Indeed he is. “Pay no attention to the Rhyme behind me.” 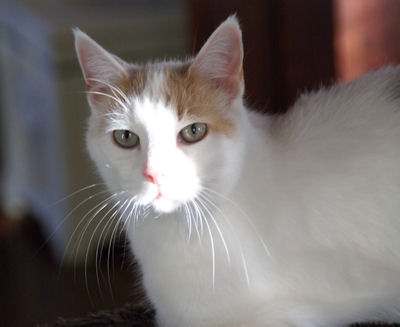 Spanky’s pretty spry for an old man. I mean, he’s not being particularly spry in this picture, I know. You’ll just have to take my word for it.