Newt and Corbie (with special appearances by Jake) in: 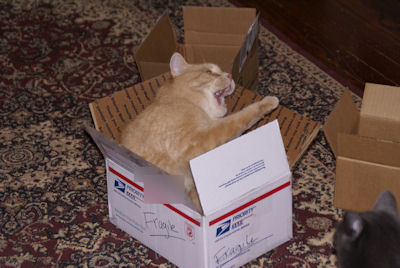 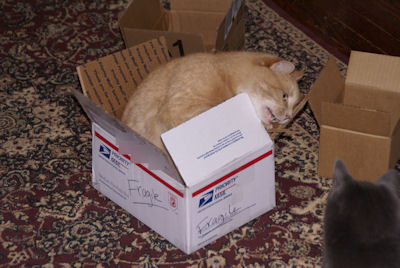 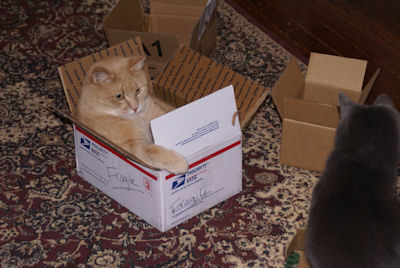 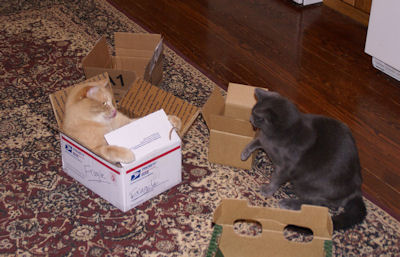 “Do not raise a paw to me, Loony Jake. I am fragile. And also I will let go of this flap and it will thwap you in the face.” 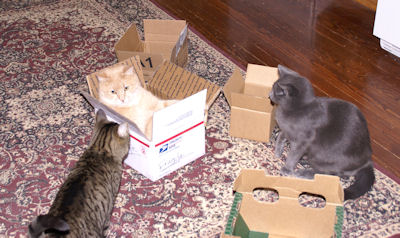 Corbie: “Did you notice there are OTHER boxes over there? Perhaps you should check them out. They might be more awesome than that box. Not that there’s anything wrong with that box but, y’know. You should keep your options open.”
Newt: “Perhaps you’re right.” 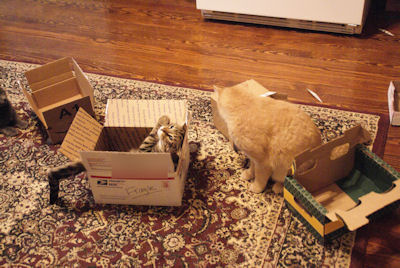 Newt: “I don’t know, these boxes seem a bit small for me, I’m thinking that maybe the box I was in is really the one that I should stick wi-” 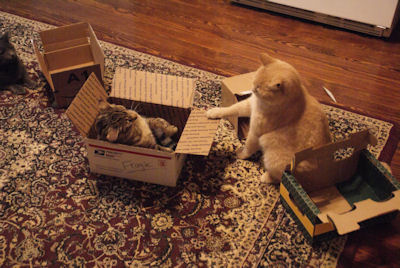 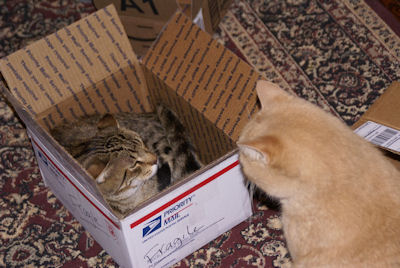 Newt: “That are MY BOX.”
Corbie: “Momma says possession is twelve-fifths of the paw. Or something. Weep, loser. WEEP.” 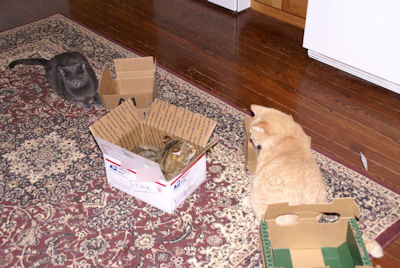 Note that Jake is staying OUT of this particular conversation.

A moment later, Newt stomped off in a huff.

Look what I found! This was Bobby Brady on the day I got the Bradys. He was a sad little ragamuffin, and I don’t even know WHAT the heck that was all over his bitty face. 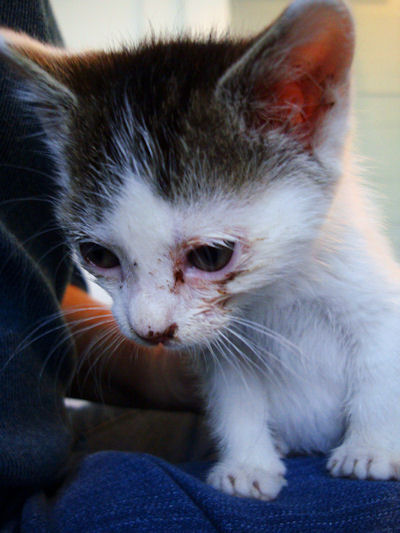