Since Ivy was gone yesterday (she came through her surgery great, and was resting well mid-afternoon when the vet called, and I will be picking her up after 8 this morning), here are some random permanent resident pics. 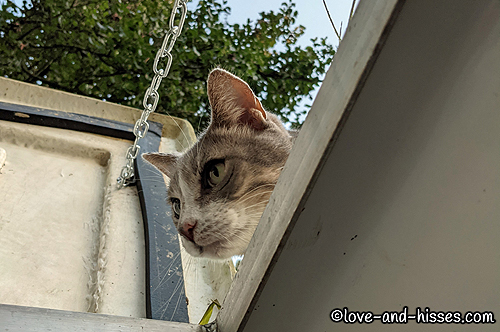 I went into the tornado shelter to check something (I don’t remember what), and Archie had to come creeping along to see what I was doing. 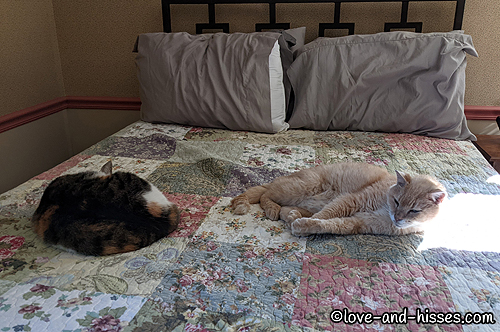 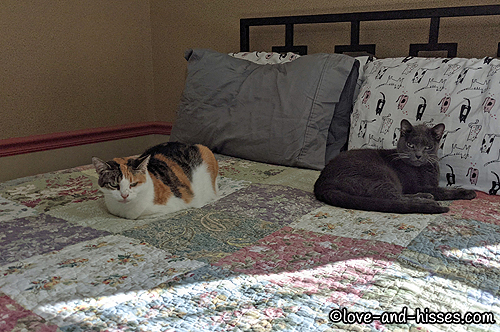 And a little while later (okay, it probably wasn’t even the same day), Alice and Jake hanging out on the same bed. 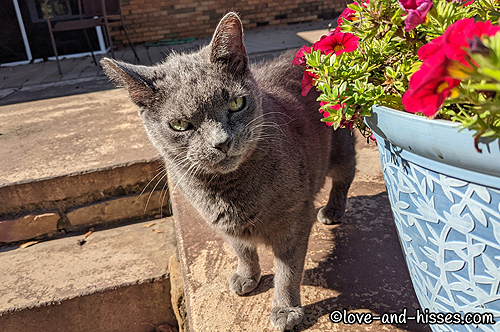 Jake outside, next to the pot of flowers (must have been late summer; those flowers are deader than dead now.) 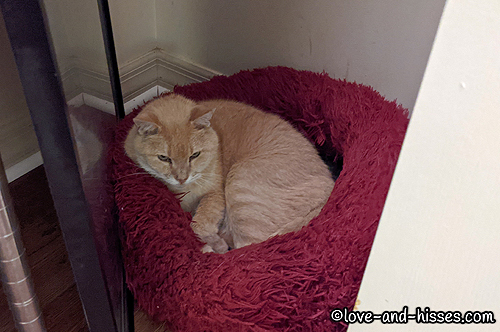 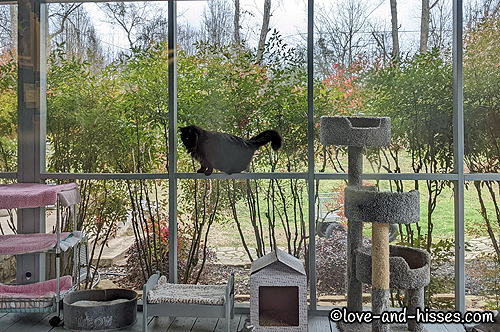 I took this picture through the kitchen window – Khal was balancing on that crossbar, and I think Fred should mount a walkway or shelf there, don’t you? 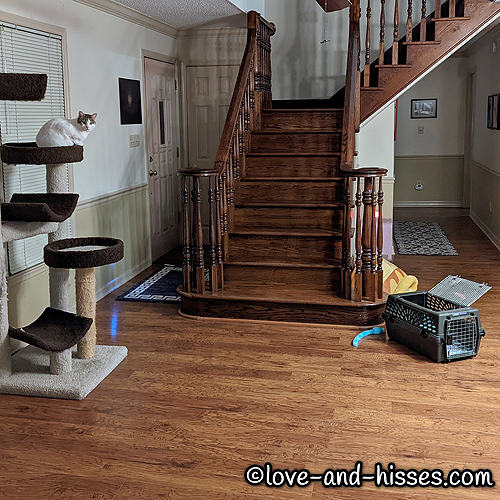 This morning, Ivy (on the cat tree) was all “What’s up with the carrier, lady?” When it came time to leave, I picked her up and popped her in the carrier with no drama at all. She’s such a good girl.⁠ I dropped her off for her spay surgery this morning as soon as the vet opened. She’ll spend the night there and will be back here tomorrow morning to recover for a few days before she goes home.⁠ Interestingly, despite waking me pretty much every hour on the hour all night long last night, Ivy had not a single thing to say on the drive to the vet! 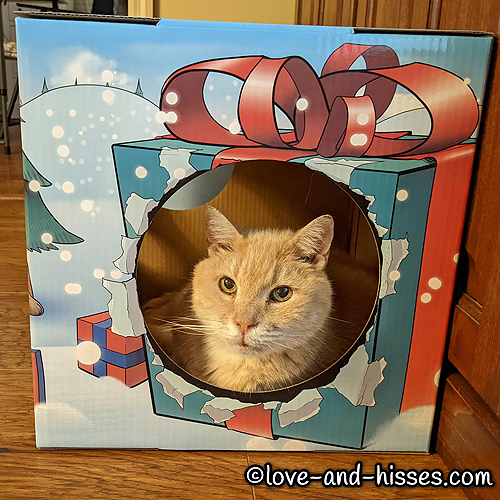 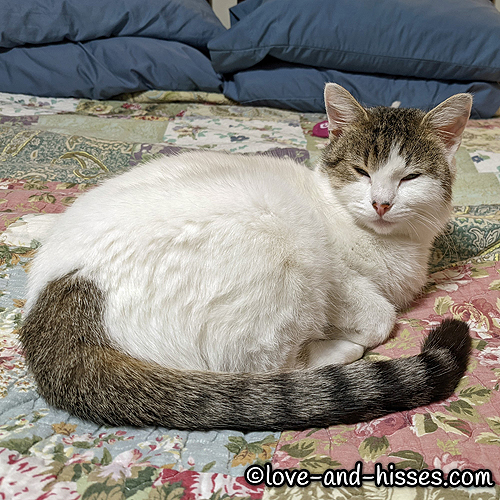 Update: Ivy came through her spay surgery just fine and is resting well, and I can pick her up after 8 tomorrow morning! (So so glad she’s done with her surgery. I’ve never had a foster have any issues with their spay/neuter surgeries, but of course I worry!) 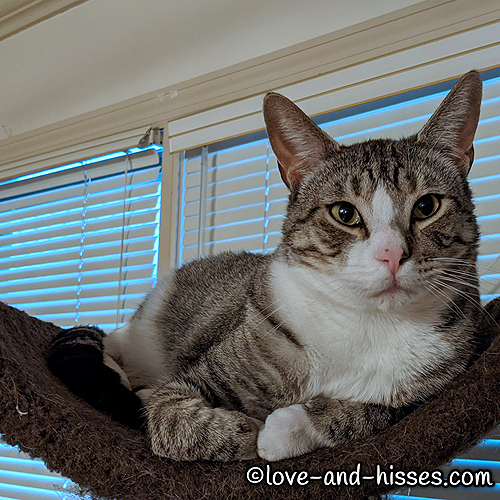 (Permanent resident) Charlie catches up on his napping. 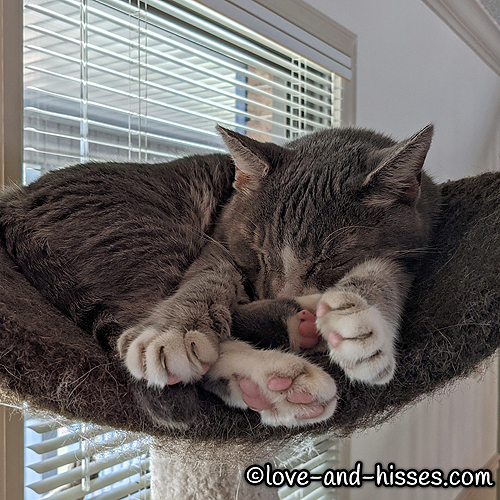