As mentioned in yesterday’s post, Ivy came through her spay surgery just fine. I picked her up shortly after 8, brought her home, and set her free. She took a 10 minute bath and spent the rest of the day snoozing, moving to another favorite spot, and snoozing some more. She was quiet as could be (though she purred like crazy) and I did not miss the howling one tiny bit.

She’s here with us ’til Friday, and then she goes home! 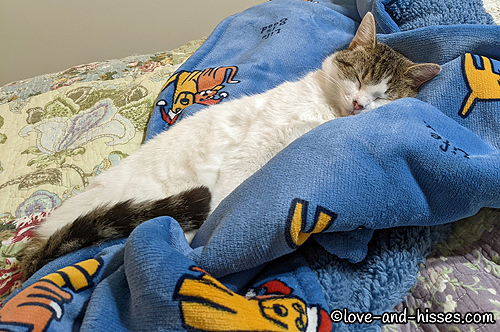 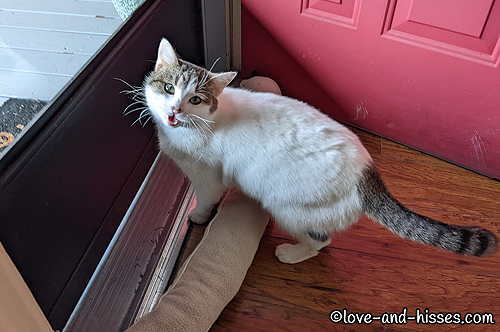 “Just checkin’ out the view, lady.” 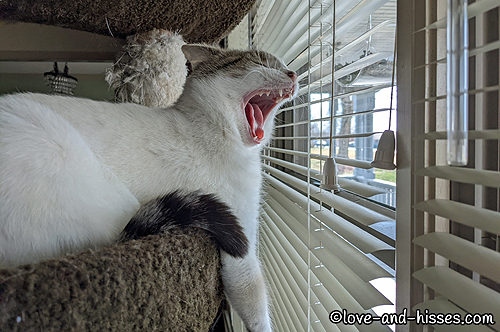 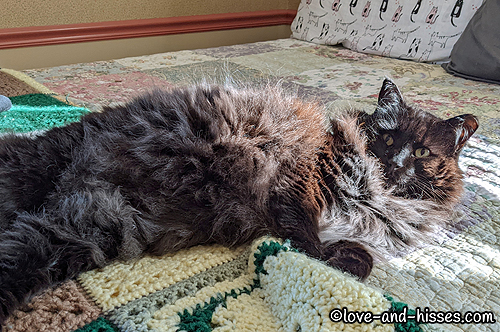 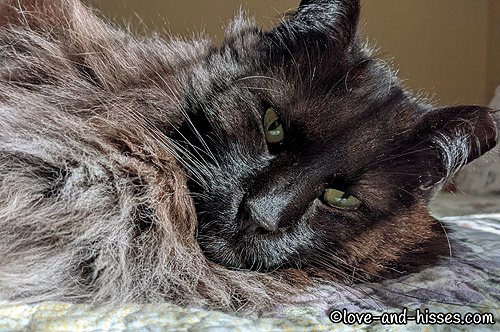 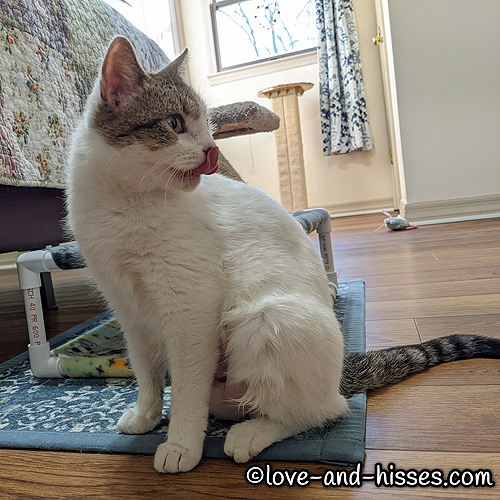 Ivy’s back from her spay and doing well – she took a 10 minute bath, and is now walking around the house checking things out.⁠

No, she’s not wearing a cone. Our fosters have never needed a cone or collar after their spays and neuters; I keep an eye on them to be sure they’re not messing with their incisions, and will do the same with Ivy. 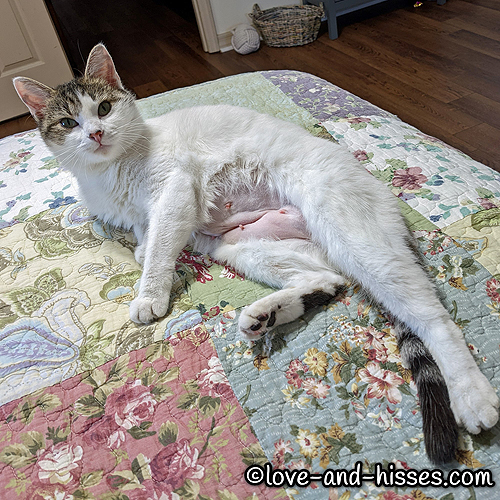 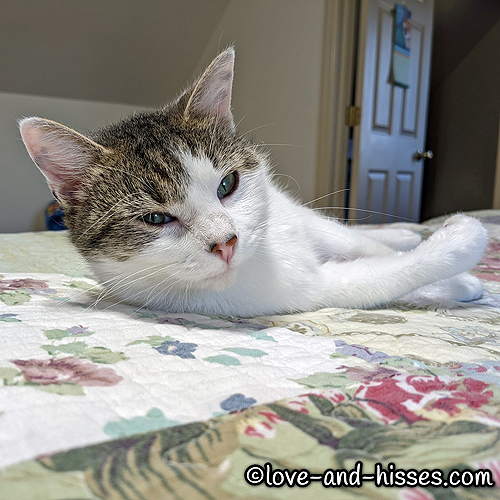