I got a bunch more cards on Friday, and got them scanned in over the weekend. I’ve arranged it so that the newer additions are at the top of the Flickr album. You can see them all here, or scroll through them below. 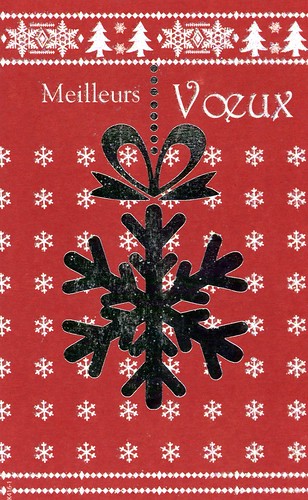 I’ll add any more to that album as I get them. And I know I’ve said it already, but seriously – thank you so much for the awesome cards. I love them! 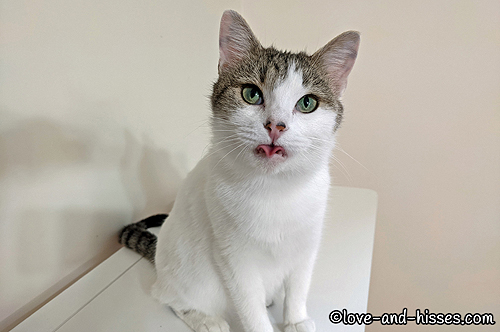 Ivy does some tongue origami. (She wasn’t really folding her tongue, she was mid-thlurrrp.) 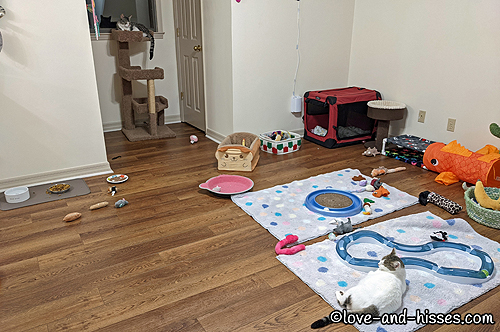 Charlie (in the top of the cat tree) and Ivy (on the floor near the track toy) keep an eye on each other. 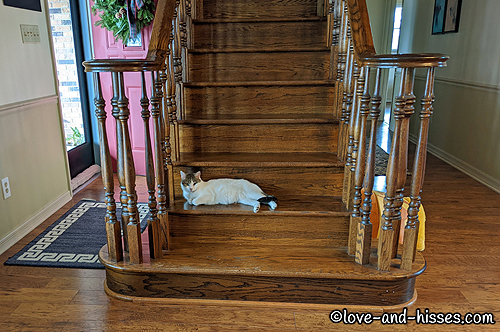 The Christmas tree and all the decorations (except for the wreath on the door) are put away, but Ivy still likes the view from the stairs. 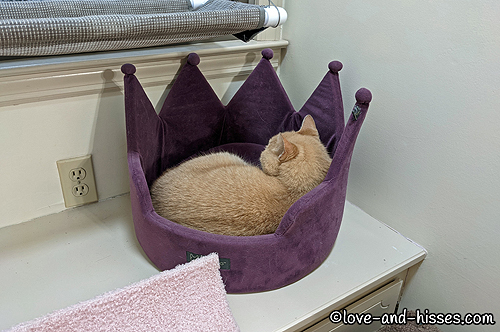 Newt tries the crown bed and has declared it comfy. 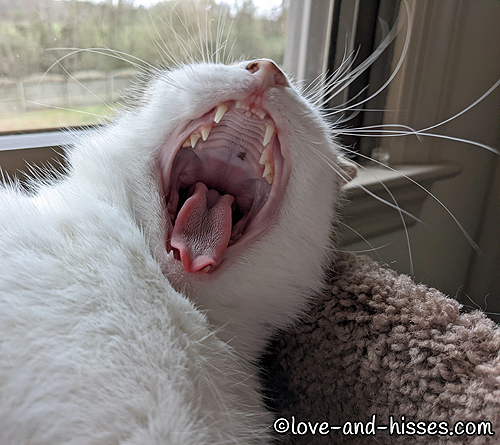 If you ever wondered what the roof of Ivy’s mouth looks like, here you go. She’s got a little freckle! 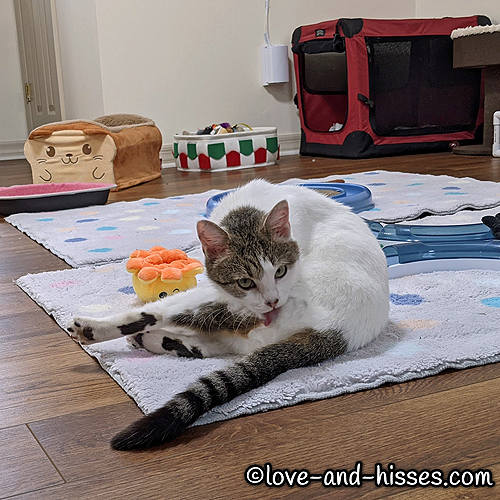 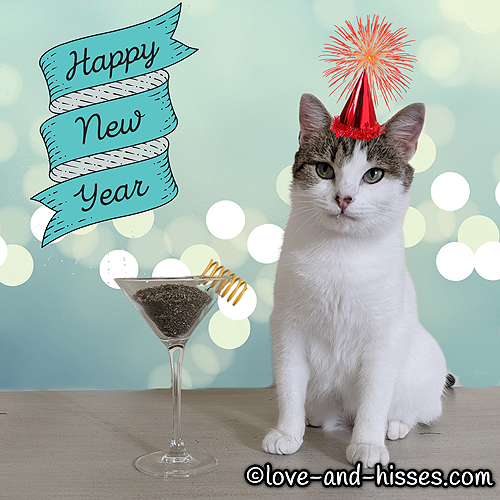 (You should not construe by this post that anyone in this house will be awake at midnight. If anyone makes it past 10:30, I’ll be amazed.) 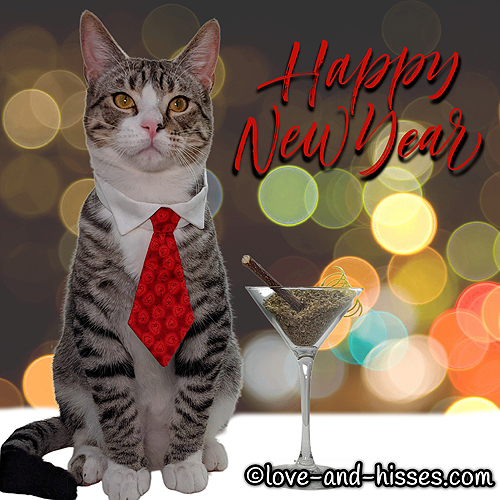 Happy New Year from (permanent resident) Charlie, and all of us here at Love & Hisses.⁠

(All of whom are sound asleep right now, just so you know.) 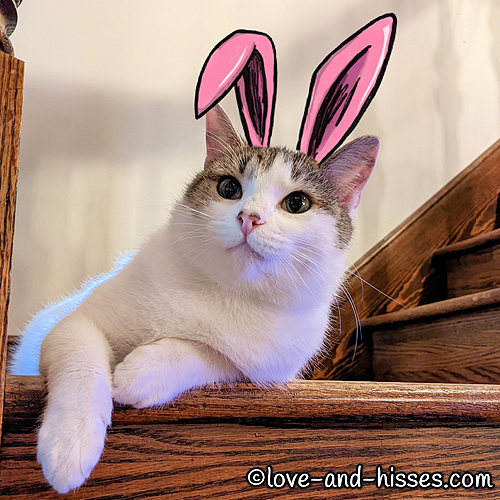 From Wikipedia: “Rabbit rabbit rabbit” is a superstition found in Britain and North America wherein a person says or repeats the words “rabbit”, “rabbits” and/or “white rabbits” aloud upon waking on the first day of a month, to ensure good luck.

YouTube link
A look back at the cats and kittens we fostered in 2021. ❤️ (Please note: Uno’s in there twice, once labeled as Rummy. Even though I watched this thing a million times before I posted it.) 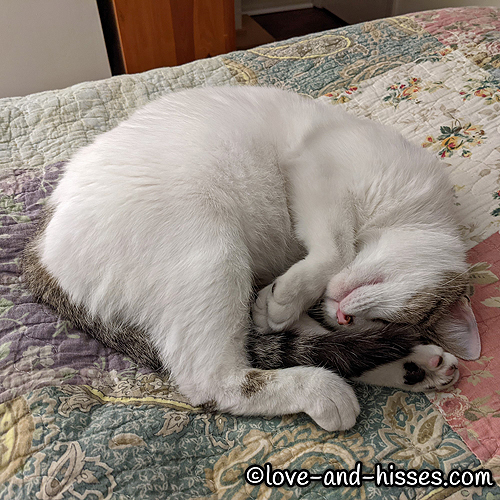 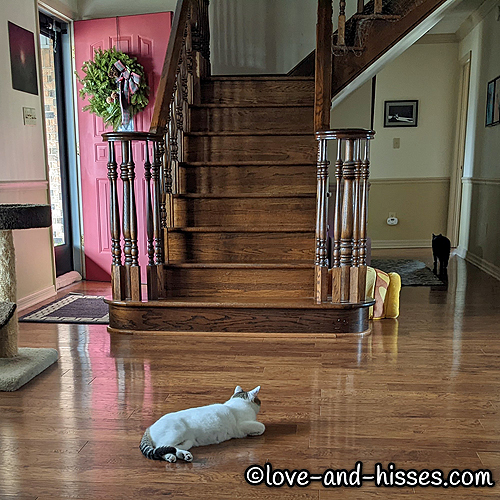 Except for the wreath on the front door, the Christmas decorations are down and put away, and Ivy’s spending time downstairs with us (and keeping an eye on Jake.) 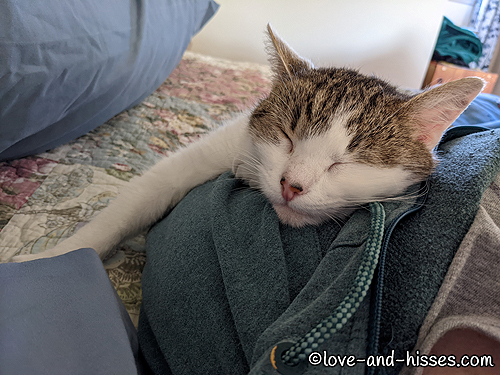