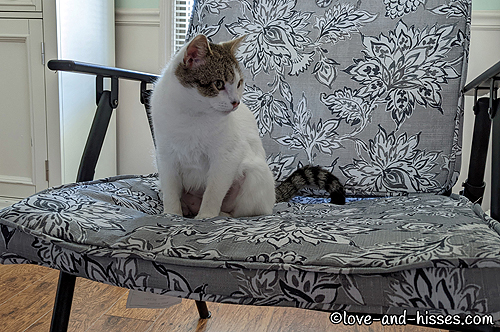 In our dining room is still a folding table and a couple of lawn chairs – we haven’t been interested enough to go looking for a real dining room table yet, but soon! – and Ivy loves to hang out in one of the lawn chairs. I mean, they’re comfy! Ivy watching Archie look at himself in the mirrors. (Actually, now that I think about it, he might have been watching Ivy in the mirror to make sure she wasn’t about to come start flirting with him.) 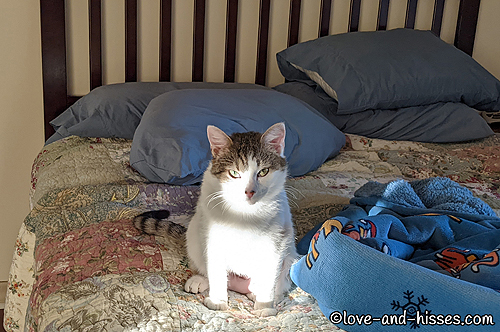 (For the record, I do not have any other fosters in the house at this time. I’m sure it won’t be long before the next foster or fosters takes up the foster room, but I wanted to get Ivy out of the house before that happens, only because she really likes hanging out in the foster room, and I don’t want to take that space away from her.) 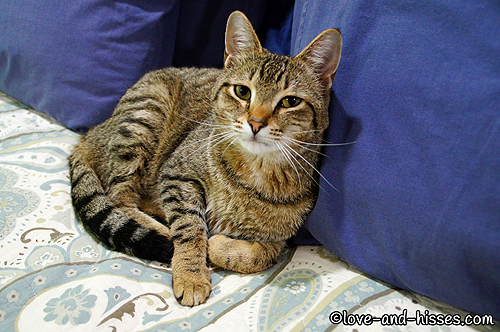 An old shot of Dewey, who always just KNOWS when I’m about to take his picture and goes ::POOF:: into another dimension. 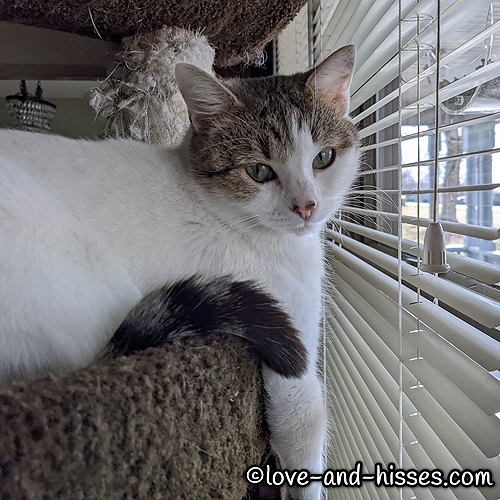 Ivy is feeling good and watching the birds this morning. Except for a 3 am tail-chasing session on the bed (and who could blame her? Tails are tempting!), she let me sleep the whole night through. She is such a good girl! 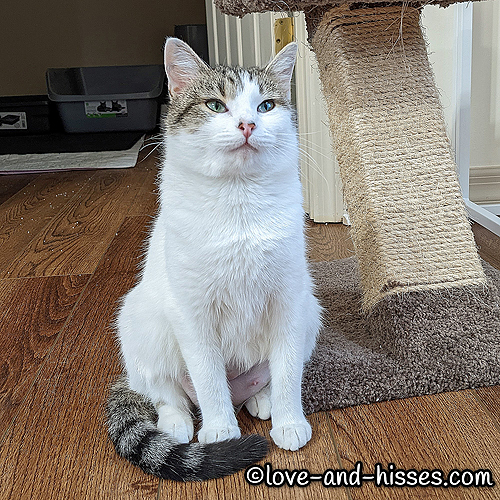 I do believe Ivy needs a nap. 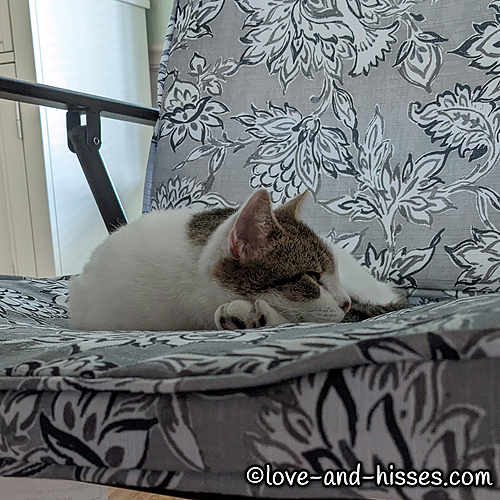 Good night innernets. (Ivy loves to snooze in this chair in the dining room.)