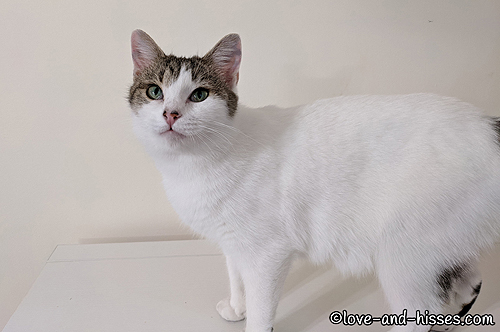 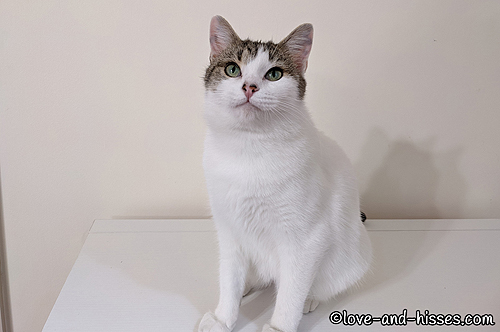 She is just such a CUTIE. 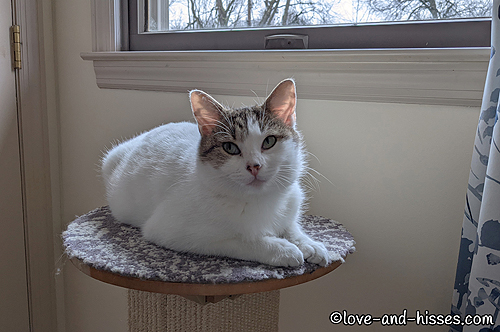 Her latest trick is to get up on top of this scratcher and chase her tail. I keep worrying that she’ll tumble off, but y’know? She never does, just keeps on twirling. 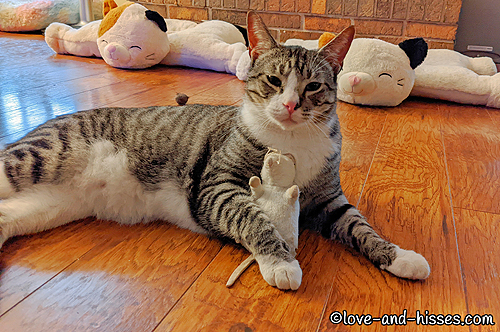 It’s a Charlie and his rat. 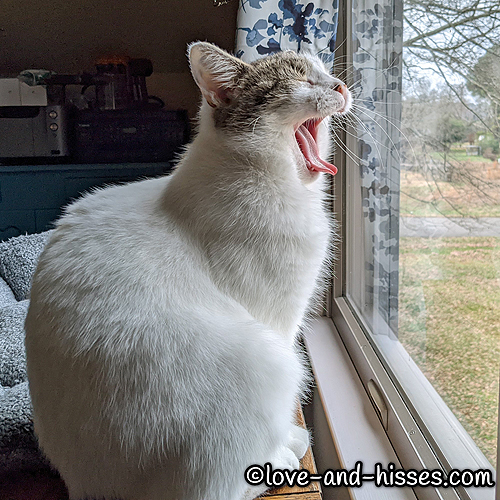 Ivy’s recovering from a tough weekend of (…checks notes…) eating, playing and napping. 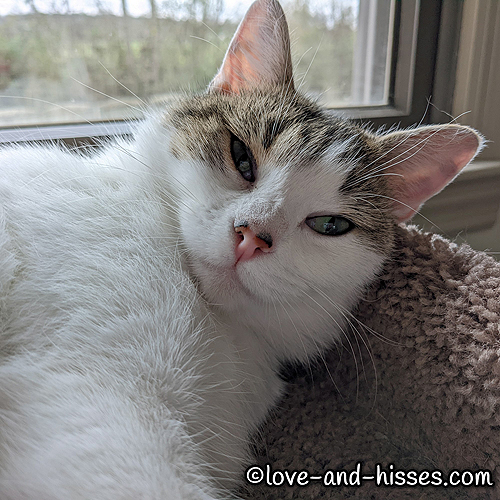 Look who it is! Former fosters Stardust (back), Phoenix (middle) and Amber (right). We fostered Amber (then Ambercup) in 2015, and Stardust and Phoenix in 2017. Together they make, as Debra said, “A cuddle of former fosters”! How cozy do they look? (Thanks Debra!) 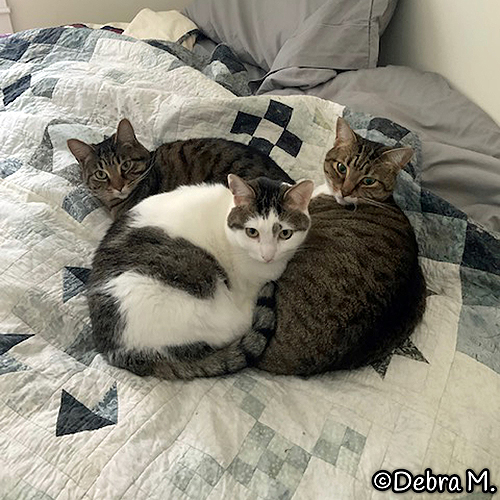 Ivy’s still recovering from the holidays (aren’t we all!)

YouTube link
Ivy loves it when I toss toys for her (well, when she’s not napping or otherwise occupied she loves it, anyway.) 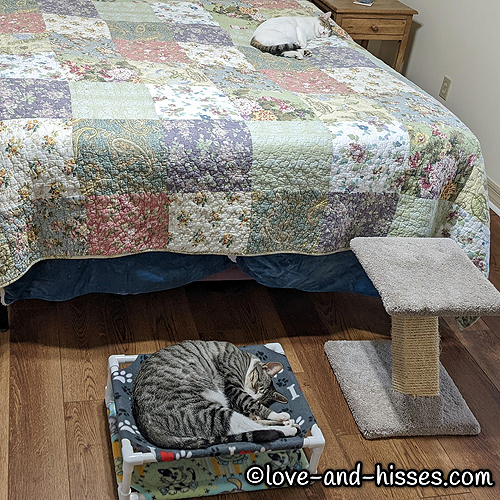 Good night innernets. (Ivy on the bed, Charlie on the ham-mick on the floor.)