No adoptions of any of my fosters over the weekend, unfortunately. They did move things around a little so that now Tony is sharing a cage with two little cuties rather than being in a cage alone. I know he’s thrilled about that, because he loves everyone!

My foster room was empty for a little more than 24 hours before it was filled again. 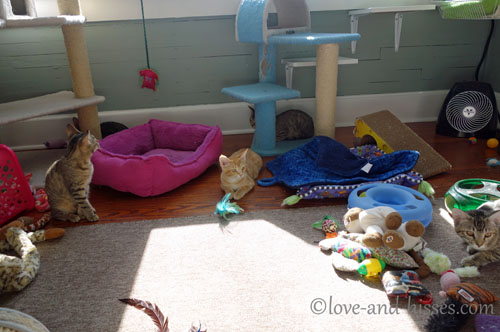 All five of them are present in this picture, though you can’t really see them that well. One’s under the little blue tree and another is under the big cat tree. 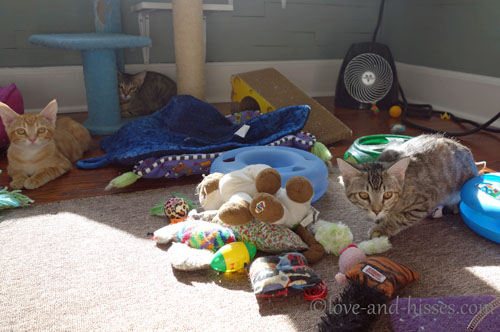 The orange tabby on the left is Ferdinand. 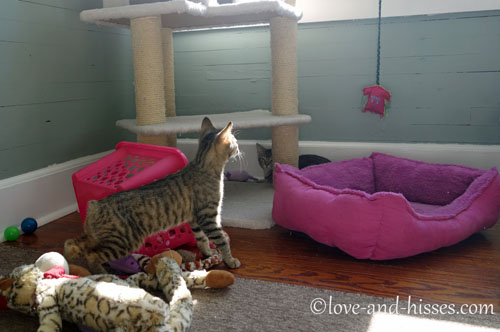 This is Mariette. She’s got no tail (uses the litterbox just fine, though!) 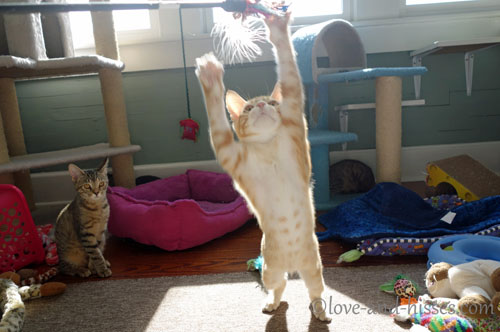 Ferdinand, jumping up after the feather teaser. 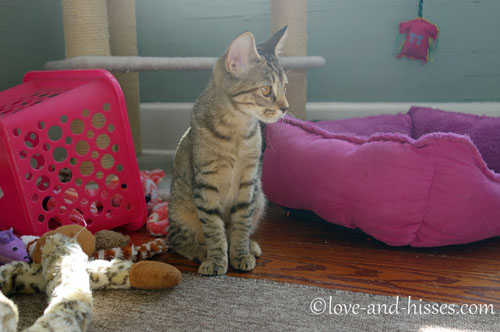 I believe this is Mariette. 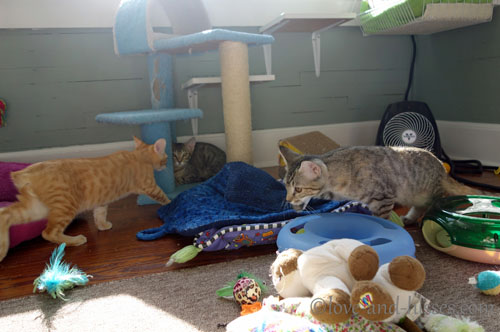 Ferdinand has just the littlest nub of a tail. That’s Maria on the right. 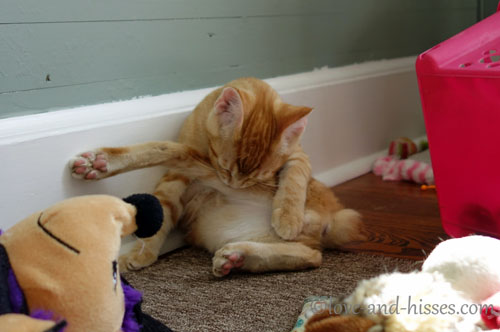 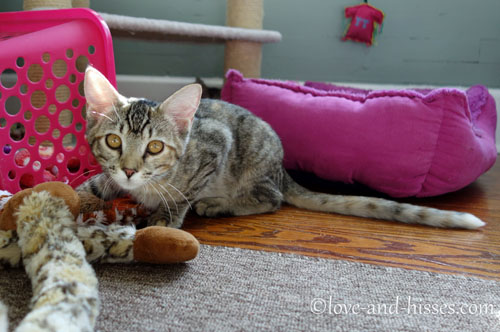 Maria. She and Ferdinand are the least scared of the bunch. 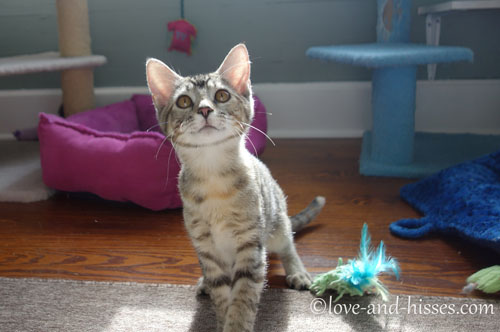 She (well, the whole litter) LOVES the feather teaser. 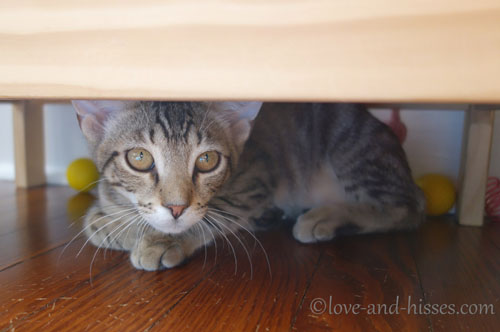 This is Orlando, I think. 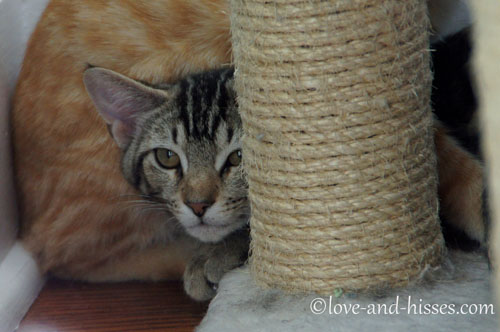 And I think this is Angelo.

So, there are five of them. They were all given names of Shakespearean characters – Ferdinand, Angelo, Maria, Mariette, and Orlando. (If you guys have suggestions on what to call the litter as a whole, I’m all ears (I’m currently calling them FAMMO.) They were all pretty scared at first, but we’ve been able to get them all to come out and play – even Angelo, who tends to hide under the doll bed or under one of the cat trees, has come out and swiped at the feather teaser several times. None of them are asking to be petted yet, but I don’t think it’s going to be much longer, especially for Maria and Ferdinand.

They’re 4 months old, and they came from a feral cat colony when they were 6 week old (their mother was TNR’d). They’ve been at another foster mom’s house since then, and have come here to get the full Crooked Acres Spoiled Rotten treatment. They need to be spayed and neutered, but they’re already up to date on their vaccinations, and they’re all healthy and well. Fred loves it when we get skitty bitties (he takes their skittishness as a personal challenge), AND they’re the age he loves the most, so it’s like Christmas for him.

I’ll get pictures of each of their faces for tomorrow’s post; I avoided taking the camera into the room for the first couple of days so as not to freak them out. 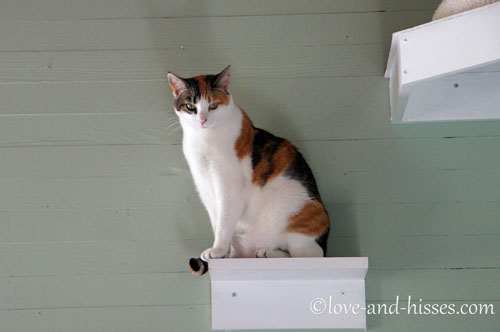