Can you believe it’s been ONE YEAR since Roux and Praline – sisters to Andouille (now Andre) and Beignet (now Bella) (both of whom you can see over on their Facebook page) – went home? I have an update!

It is hard to believe that these sweet girls have been in our family for a whole year! As expected, each has adopted her own boy, and they do a good job keeping tabs on them. Some examples: When we dropped one off at camp, Roux spent the better part of a day laying across the threshold of his room and eyeing me every time I passed as if to say, “You know that you are missing this one, right?” Praline is equally protective and will camp out next to the weather alarm as soon as it goes off just to make sure that we stay safe.

They still love to play like sisters, chasing each other, stealing toys from one another, and taking turns annihilating a feather teaser. They’ll turn around the next minute though and curl up together for a nap. Praline is the more affectionate and loves to purr loudly next to her people or even seek out a good belly rub from a stranger. Her favorite toys are mice that rattle, which she will bat and chase for hours. Roux is the more curious, which has gotten her into some interesting places, but she does not care for new people. She loves the pipecleaner-style toys and will occasionally play fetch with them before she hides them in her “stash” which moves around as we locate it and redistribute toys evenly. Both are healthy and fabulous- we are so grateful to call them ours. “Playing” on a six foot high bookshelf…where Roux seems to have the upper paw. Praline still loves to curl up in her basket, which she will have you know has shrunk.

Don’t you love a happy ending? So sweet! 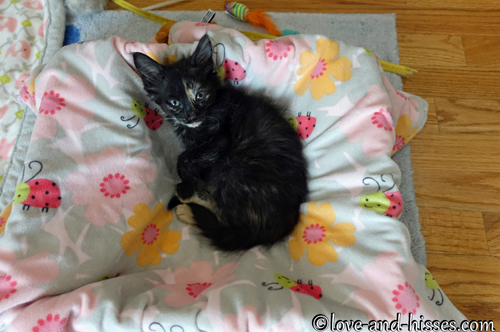 It’s a Millie in a basket. 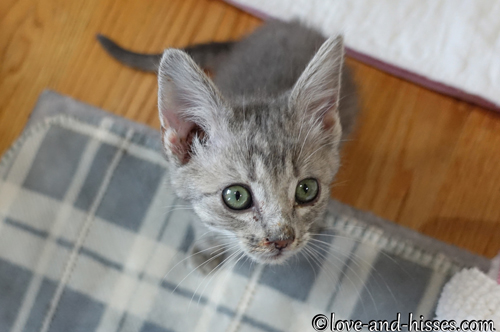 Bethel shows off her pretty eyes. 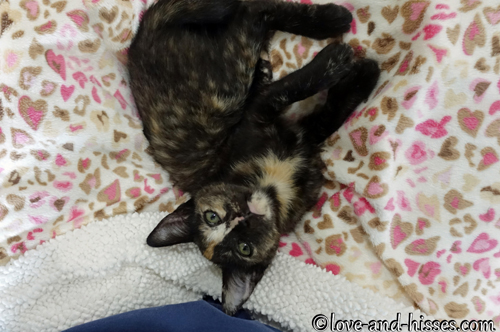 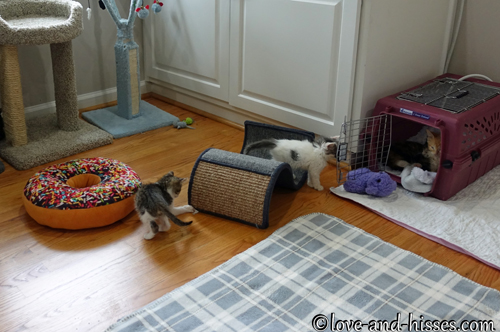 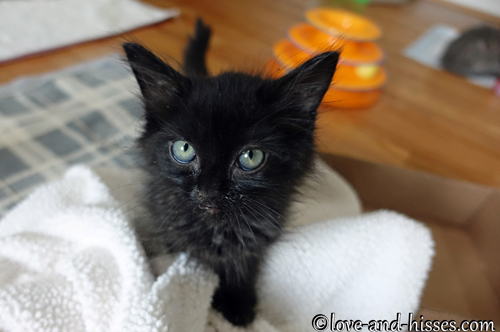 He is such a Muppety little Moop. 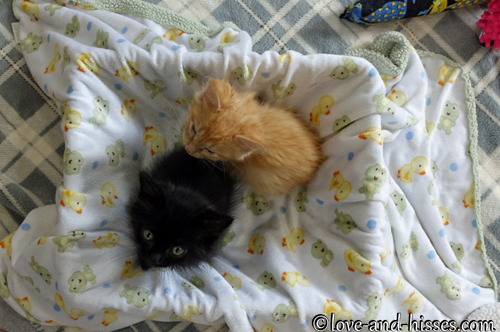 Moop and Dexter in the basket. 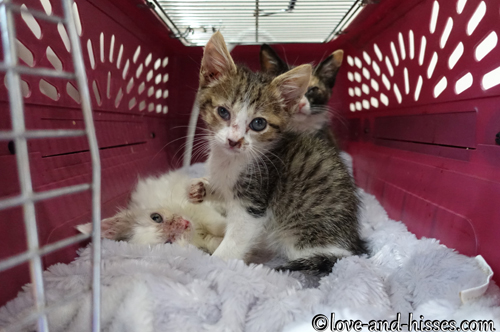 Otis and Buxton took play time into the crate, where Arundel WAS sleeping, so she appreciated that. 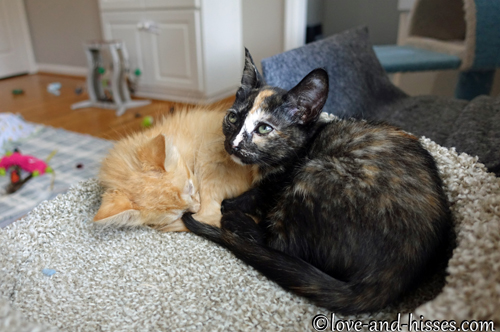 Dexter gets a cuddle from Calais. 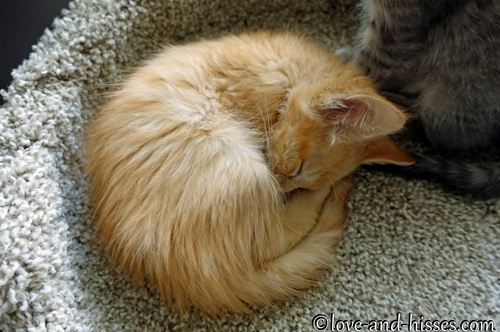 Such a sweet little ornj boy. 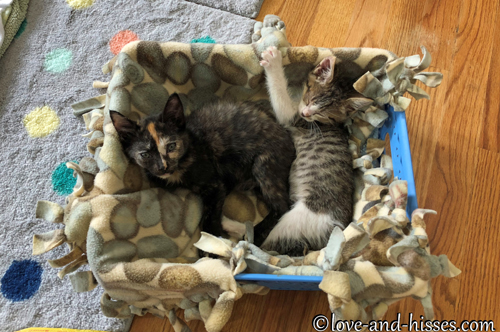 Snuggle time for Calais and Buxton. 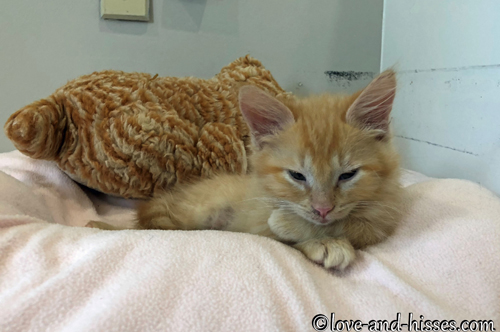 As of yesterday, everyone is eating on their own again; after I fed Dexter via the syringe in the morning, he decided he’d rather feed himself, and proceeded to do so. They’re still not eating quite enough (I’m supplementing), but they’re eating more than they were, and they’re also starting to get back to normal as far as playing. It’s nice to see (hear) some real activity in the foster room – it was SO quiet over the weekend! 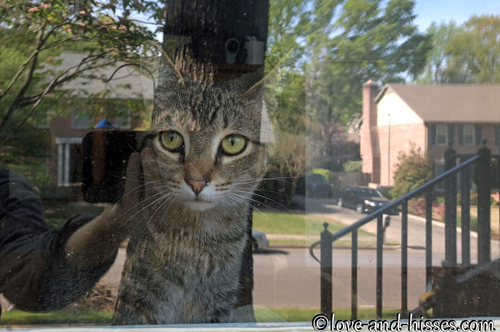 Despite the fact that he could go outside in the back yard if he wanted, Deputy Dewey wants to be in the FRONT yard, since that’s where all the chipmunks hang out. That I am out there without him gives him the Face o’ Disapproval.