D’Artagnan’s all “What’s up THERE?” Pretty Charlie in the sun. “Do not allow cats to climb on top of scratcher” was contained within the instructions for this pumpkin scratcher (from Target.) Makes me wonder if the people who created it have ever spent time with cats. Balanced on the back of the chair, watchin’ birds. Charlie’s all “Wanna come play, Archie?” and Archie’s like “Not right now, kid.” 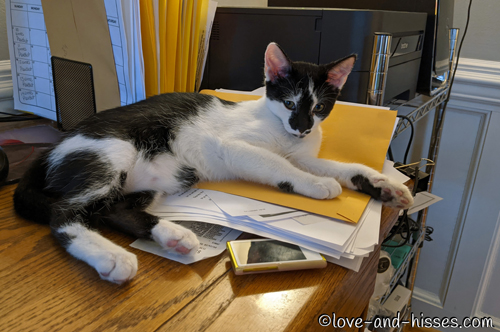 Alice is keeping an eye out for chipmunks.