Speaking of Norbert, I wanted to reread his great origin story, but when I put ‘Norbert’ in the “search this site” box nothing comes up 🙁 (for your ‘after-we’ve-moved-and-recovered-from-said-move’ list, of course!)

New Readers *must* go read the 2012 entry today! The “Inspector Stompers” post is one of this blog’s classics!!

Oh, that boy. I sure did have a lot of fun with him!

Robyn, of all the cats that have lived with you, who lived the longest?

Miz Poo and Spanky both lived to be 16 1/2 – and both were with us from the time they were pretty small kittens. I think Miz Poo was 6 weeks old when we got her, and Spanky was right about that. (My childhood cat, Tabitha, who lived with my parents after all the kids left home, lived into her 20s.)

Robyn, I too, have a 15 year-old cat like your Newtles. Is there anything you specifically do to keep him healthy at this senior age? Do you have periodic blood work done to stave off any problems or give any supplements?Any advice would be appreciated from your readers as well.

Brigitte said: Atticus lived for 19 years. He was a diabetic, had had a stroke, cataracts and had a thyroid issue as well. But, he chugged along until the day he decided “nope, not taking any more pills”, and I knew it was time. I always “listened” to him – fed him well, kept him indoors, and loved him from the moment I first saw him, and still do to this day.

Generally when our cats hit 10 years old, I have a senior blood panel done at their yearly exam to make sure there’s not something going on. Newt actually is on thyroid medication (has been for about 2 years now, I think), so he goes about every 4 months to have his blood drawn and a quick exam. The thyroid medication he’s on seems to have him at a good level, so they haven’t had to mess with the dosage much. He’s on Cosequin and has been for about a year, and it seems to help with the stiffness. (Newt is an extremely easy cat to pill (especially for me, since Fred’s in charge of pilling him, ha) and doesn’t mind being medicated at all. If – like Brigitte’s Atticus – he decides one day that he’s through with being pilled, we’ll definitely respect that.

I’ve put a short cat tree by each of the beds so that he can get up there (and down) without jumping, and we keep an eye on the kitchen window (which is his preferred way to go in and out of the house) so that he doesn’t have to go up the steps in the screened porch to come inside.

Wasn’t Khal an adoption fail? I remember a litter with Game of Thrones names..

one cranky lady answered this one: You might be thinking of Khaleesi and the Dragons. Khal Drago wandered into Anderson territory two years later and is one of Fred the Cat Whisperer’s success stories!

Game of Thrones-wise, we also had the Starks – Arya, Hodor, Brandon and Jon Snow.

Have you ever done calendars to raise $$ at holidays? Personally would love one. I just found you with Canasta being on Black cat page.

one cranky lady answered this one too! You’re in luck; she does! I’ve bought a permanent resident calendar a few years and really liked them. (Zazzle link)

I used to do one calendar that covered all fosters we had that year, and then one with permanent residents. Last year (or was it the year before?) I went to doing one calendar per foster litter, plus one calendar that covered all fosters, plus the permanent resident calendar. It’s always my goal to have calendars done by the end of October, but it’s usually not until the first or second week of November that I actually get it accomplished – but I will certainly share the link once they’re available!

Will Fred miss the nearby hiking opportunities when you move? Or will there be other challenges? The mountain photo made me wonder.

He’ll miss the convenience of having hiking trails so close by, for sure. But he’s done less hiking these last few years (when he hikes he tends to go all-out and it’s started to take a toll on his body), and he can always make the drive to hike if he wants to. It’s a drive, but it’s not THAT much of a drive. 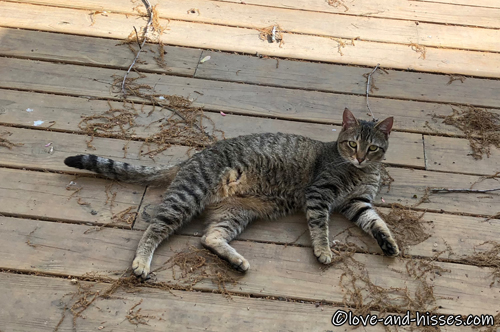 Dewey’s all “Wut.” (This is an old picture; he hates the phone/camera even more these days, it seems.) 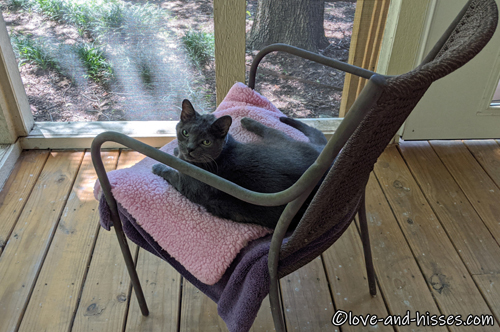 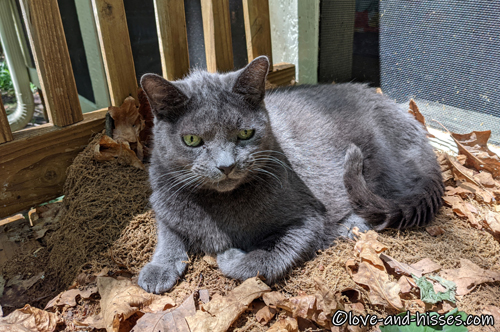 I always forget what pretty eyes Jake has. 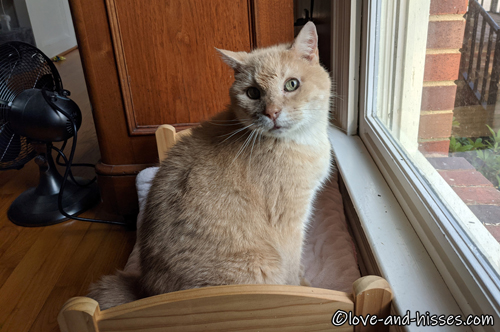 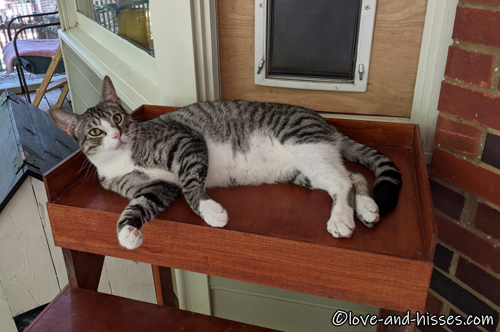 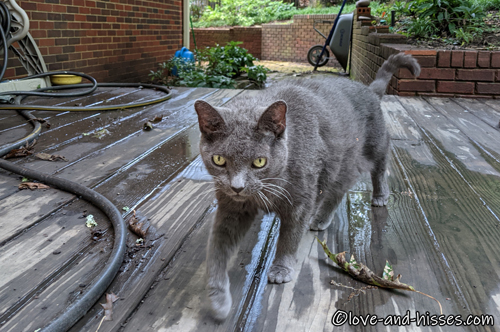 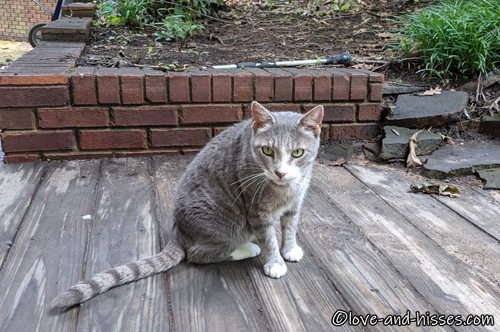 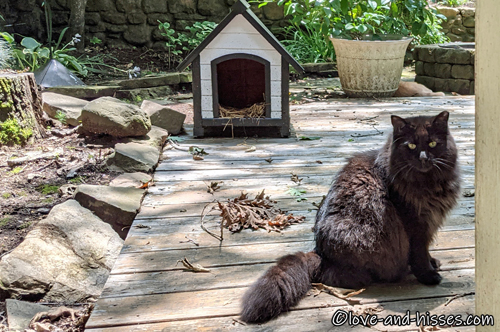 And Khal the Magnificent. 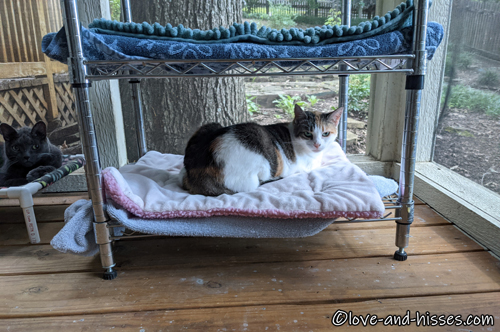 Alice Mo would like to take a nap, thank you.