Apologies, y’all – this move is kicking my butt, so I’m going to need a few more days. Hopefully things will be back to normal by the end of the week. I have had to make a ton of trips back to the old house last week and this (a 2 hour round trip each time) and then on top of that I hurt my back.

My back is much better now, but I’m trying not to stress it too much, so I’m taking things slow. The house is looking much more like a home, the cats are doing great (Charlie has taken to sleeping with me every night, which I LOVE), and the foster room is very slowly taking shape. (I sure am missing those built-ins, though!) 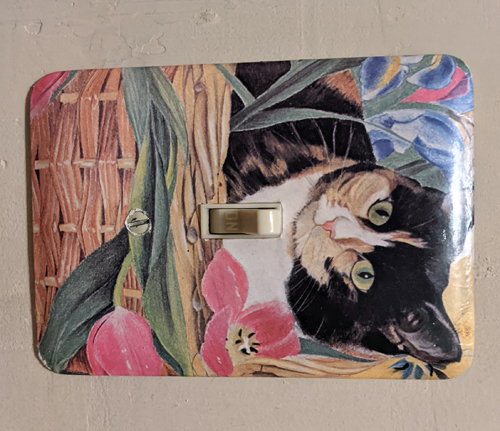 This switch cover was a gift from my sister several years ago, and it’s gone from foster room to foster room. I love it so. 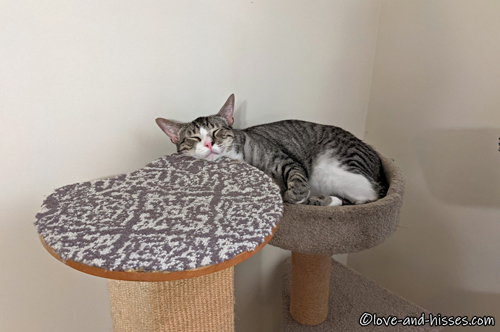 The head of the Snoopervisory Committee sleeps on the job. 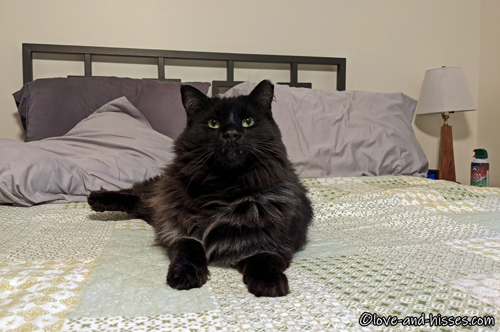 Khal remains magnificent, if you were wondering.