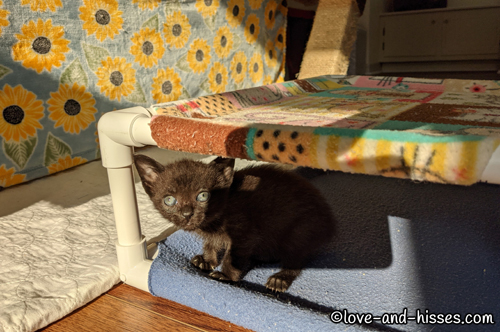 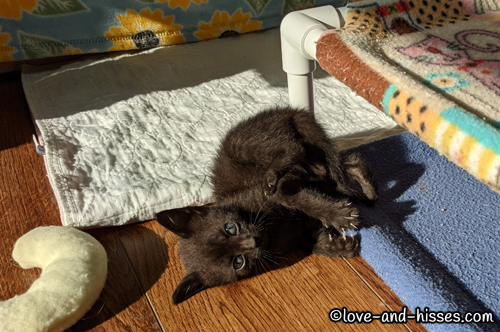 And then she melted. 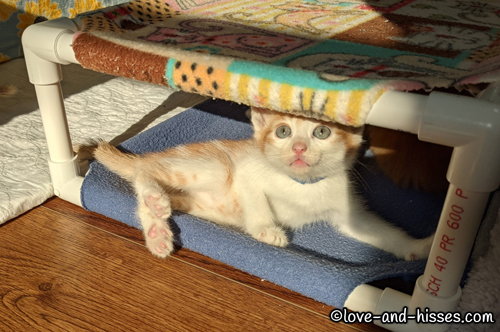 “What IS that bright light?” Alfie Alfredo wonders. 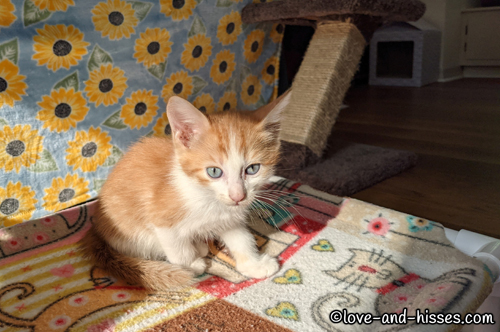 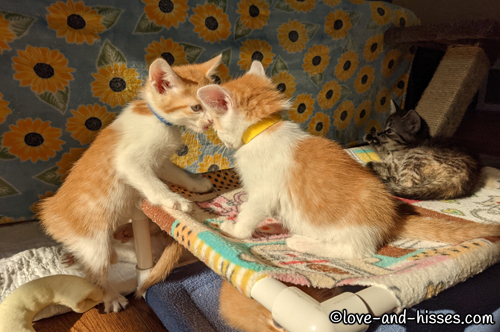 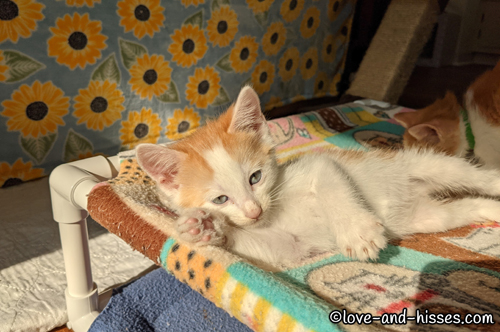 Christopher Chutney and the Face of Innocence. 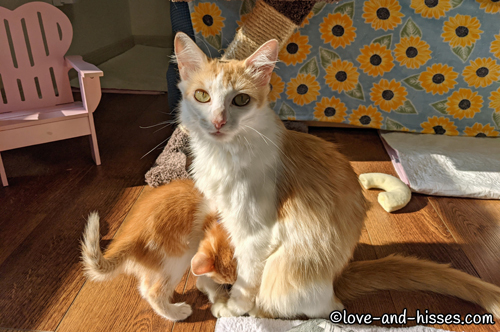 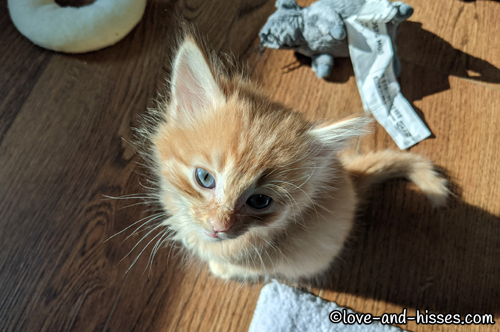 Theo Pesto has a halo. 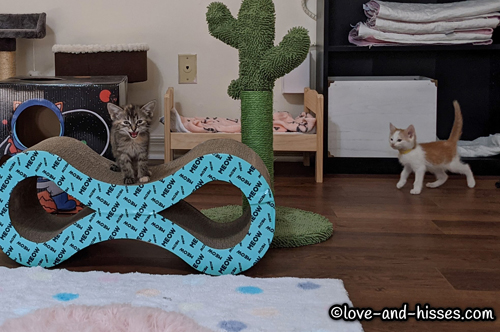 On the scratcher Tia Teriyaki has an opinion – and it looks like Christopher Chutney is listening closely! 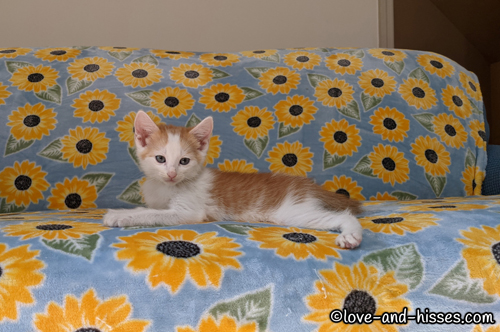 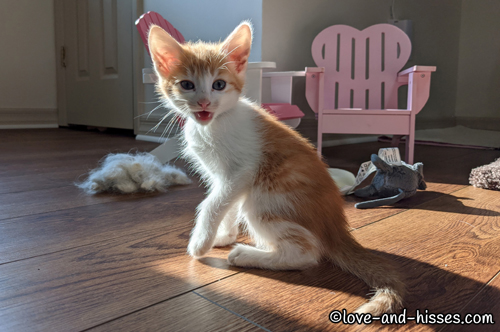 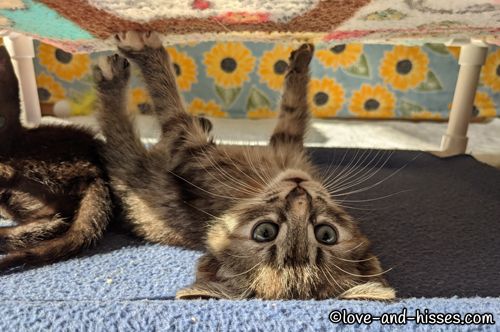 Tia Teriyaki tests the structural integrity of the ham-mick. 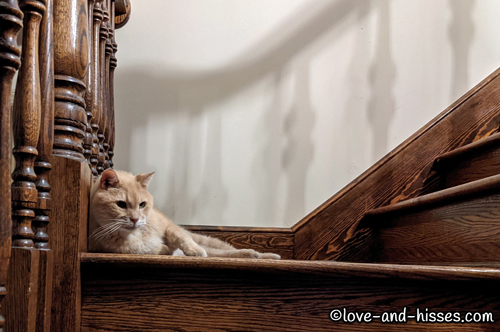 Newt loves hanging out on the landing.