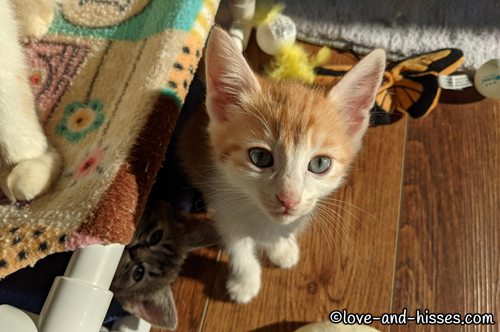 Alfie Alfredo’s keeping an eye on me. 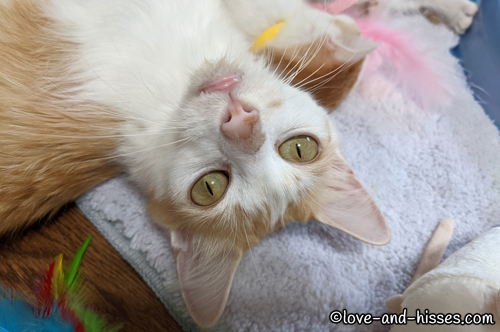 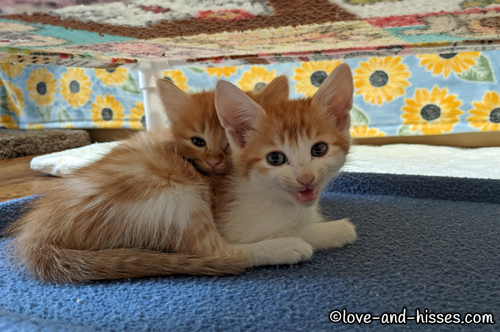 Alfie’s all “Excuse you, we is sleepin’ here” and Theo Pesto is all “Yeah!” 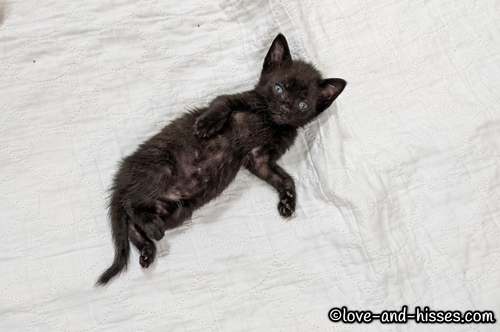 If you think I didn’t pick up Sofia Soy Sauce and squoosh her, you know nothin’. 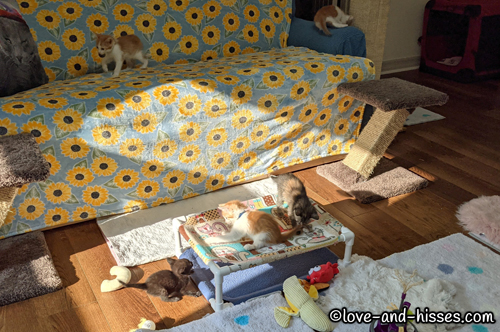 These kittens certainly do love that morning sunshine (so do I!) 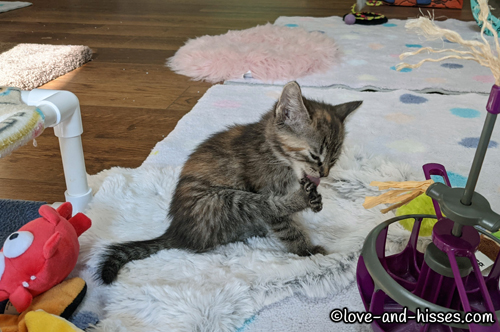 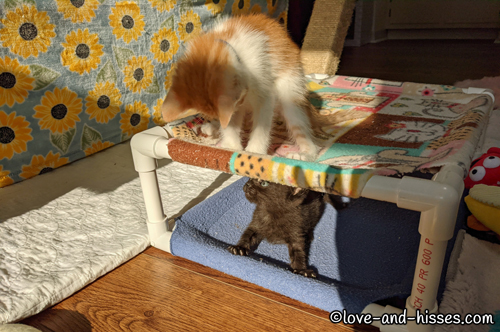 “You talkin’ to me? You come down here and let me show you what’s what!” says Sofia Soy Sauce to Alfie Alfredo. 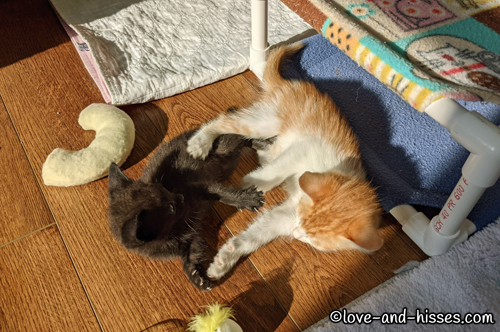 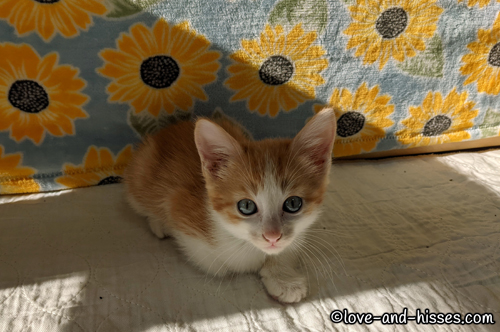 “Don’t look at me,” says Franco Fondue. “I’m not getting involved!” 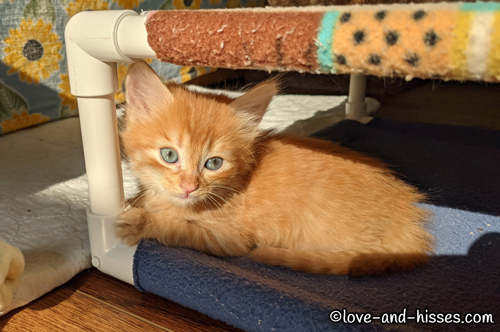 “Me either!” says Theo Pesto. 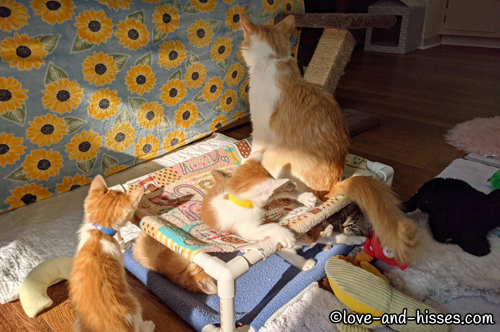 Molly saw the kittens hanging out on (and under) the ham-mick and decided to join ’em. 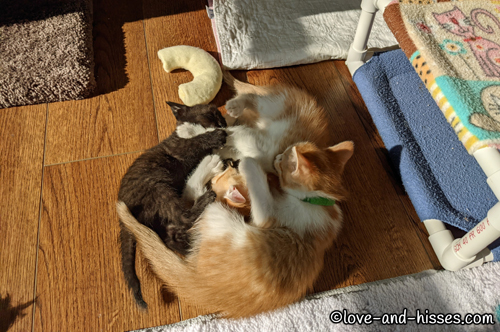 And then there was more tussling.

Molly and the kittens are doing great. Sofia Soy Sauce is poised to cross the 1-pound mark in the next day or so (she weighed 10 ounces when I got them last week.) What can I say? The girl likes her food!

With the kittens eating so well on their own and a convenient spay/neuter day coming up, Molly will be spayed next week (she will continue to produce milk as long as she lets the kittens nurse.) 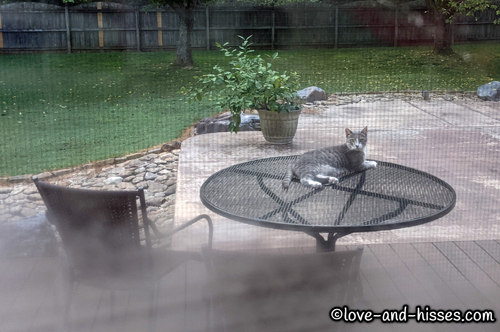 The view from my bedroom window yesterday morning: the table on the patio with an Archie atop it.