I’m on vacation ’til the end of the month, and since I don’t want y’all to go without something to look at every day, I’ve pre written and scheduled posts for the time that I’m gone.

Are you saying to yourselves “For the love of god, how long is she going to stretch out these roundups?!”? I bet I could stretch them out ’til the end of the year if I needed to – I did take 1500 pictures of the Fools, after all! (Just a few more days – I hope y’all are enjoying the look back!) First nursing pic! (I don’t think they had actually all been born yet.) Two days old, and all cleaned up. A week old. Already they seem huge when they’re lined up nursing. 10 days old. Roseanne rolling around on her back near the opening of the crate is cracking me up. 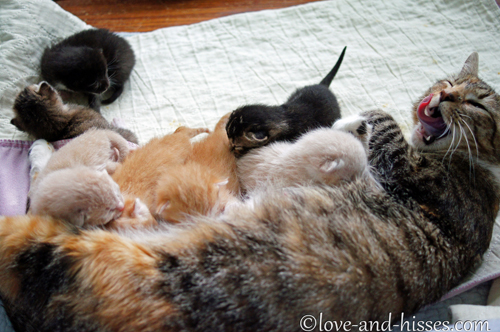 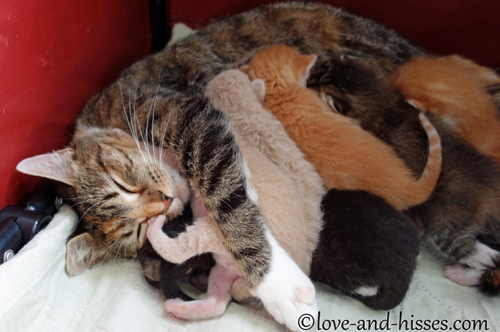 Not the last time poor Mama Lucy will take a foot to the face. 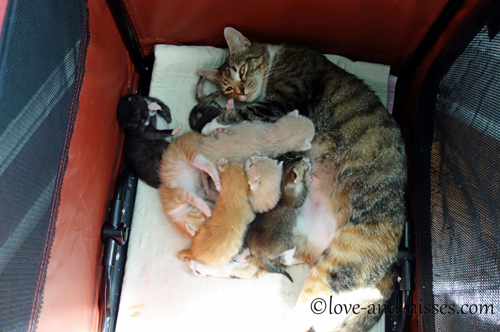 2 1/2 weeks old. That crate is getting crowded! 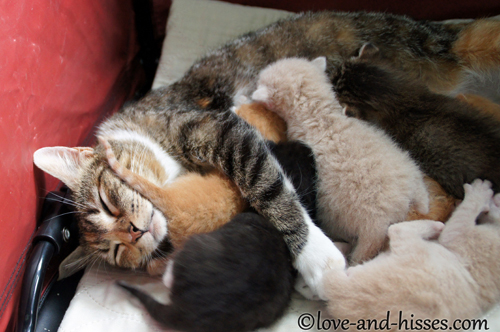 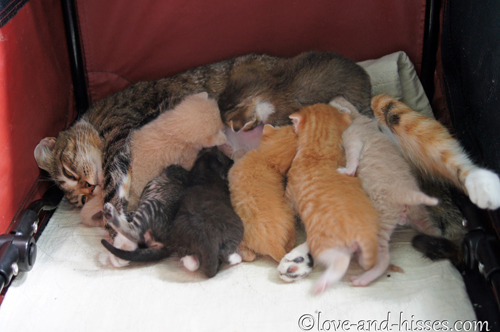 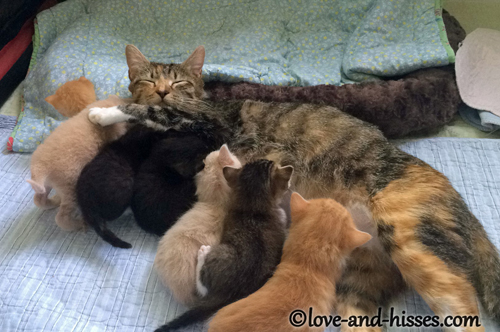 Out in the open again! 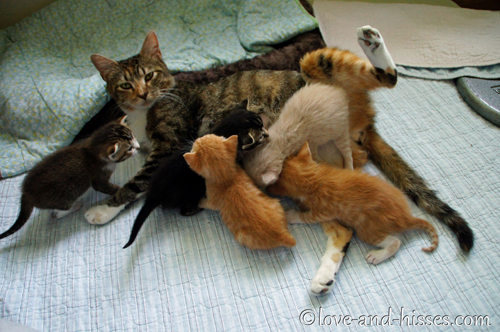 This position seems familiar, doesn’t it? 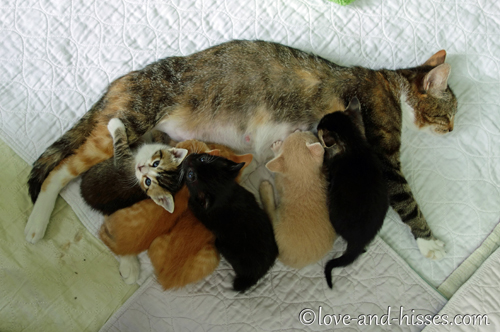 Roseanne keeps an eye on me.

(There’s a long gap in nursing pictures here, because after the kittens turned a month old, every time I walked into the room either they would run over to me, or Lucy would!) 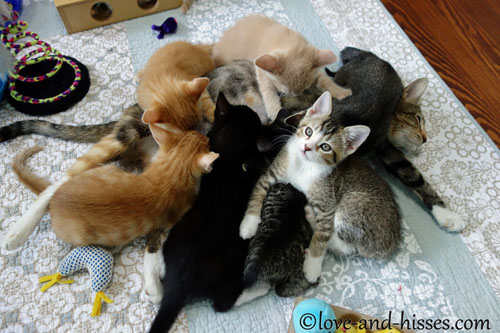 2 months old – and Roseanne’s keeping her eyes on me again! 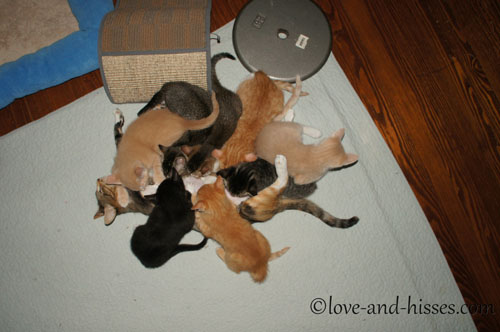 Note that Carlin’s right in the middle of it all. 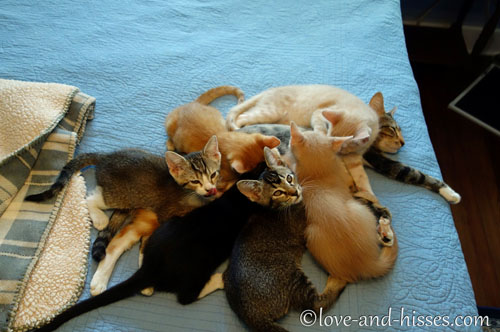 She certainly looks pinned down, but she was able to get away when she wanted to!

And nursing at 10 weeks old: 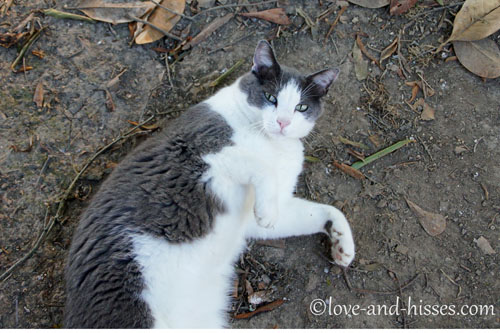 Joe Bob, caught in the middle of a dust bath. Looks guilty, doesn’t he?