In November 1996, we spent Thanksgiving at Fred’s sister’s house. She had a barn cat who’d had a litter of kittens, and I spent almost all of Thanksgiving day cuddling with one of the kittens. I desperately wanted a kitten – at the time we had two adult cats: Spot and my daughter’s cat Katie, both of whom are gone now. Fred argued against a kitten, and I (eventually) gave up the begging and pleading and whining. Then one day he told me he’d be home late from work, and when he walked into the apartment, he had a tiny white and tan kitten on his shoulder.

As it turned out, he’d decided that a kitten wouldn’t be SO bad, and so he went to a pet store in a nearby mall (this was in 1996, remember, when neither of us had any idea about cat shelters)(boy, didn’t THAT change) and spent some time with the kittens. Spanky had the most personality, so he’s the kitten Fred brought home to me as an early Christmas present.

Spanky was a tiny little thing (I believe he was about 10 weeks old), and we couldn’t get him to eat kibble or canned cat food. We tried giving him chicken baby food, and he ate it like crazy. The next night we tried getting him to eat kibble and again, no interest on his part. But he happened to wander by the spot where we’d given him baby food the night before, and he got REALLY excited and howled and howled at the top of his lungs.

Fred had a recliner that Spot liked to hang out on, and Spanky would climb up the back of the recliner (which seemed to take about 45 minutes) and pop his head over the top, all bright-eyed and “HIIIIII!” You could almost see Spot roll his eyes and sigh.

Spanky’s never cared for snuggling with other cats, but he likes to lay on Fred’s stomach at night when we’re laying in bed.

We don’t have many pictures of Spanky from when he was a tiny kitten (it was before digital cameras), unfortunately. 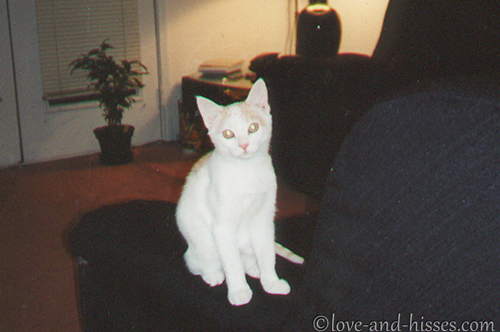 Spanky’s our old man, as I mentioned he’s almost 16. He’s in good shape for an old guy, and I wouldn’t be too terribly surprised to have him with us ’til he’s 20 and older. He is such a good-natured boy, and will occasionally walk around the house howling just to hear himself talk. He gets a couple of extra snacks a day (baby food, because he’s lost some weight in recent years), so every time I walk into the kitchen and rattle some plates, he comes in and gives me the Eyes of Hope.

He hates being brushed (you might get one or two strokes with the brush, but once he realizes you’re brushing him rather than petting him, he zooms off), doesn’t care for having flea and tick preventative put on his neck (you have to do him first, or he’ll figure out what you’re doing, and you won’t see him for two days), and doesn’t have any desire to snuggle with other cats. 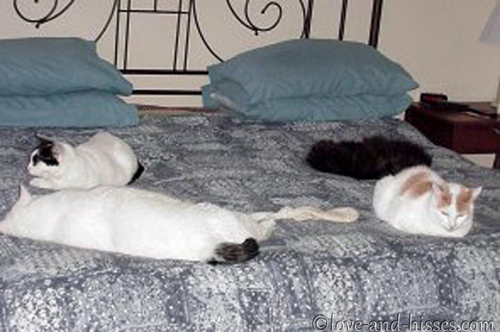 This is a picture of the Old Guard – on the left, Spot’s in the back, Tubby’s in the front; on the right, that black cat is Fancypants, and Spanky’s in front of him. 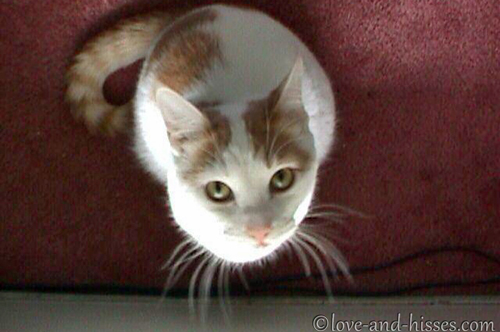 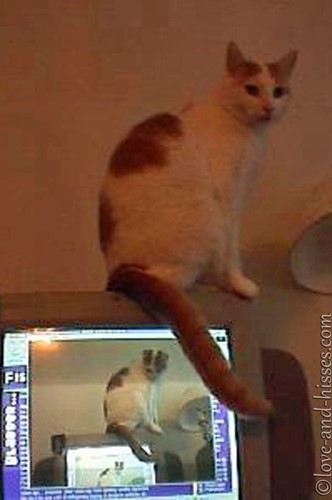 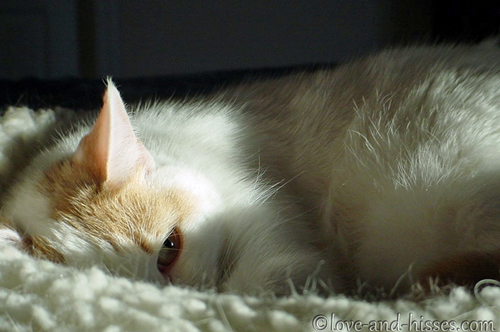 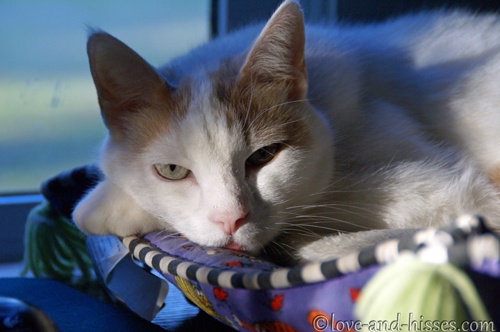 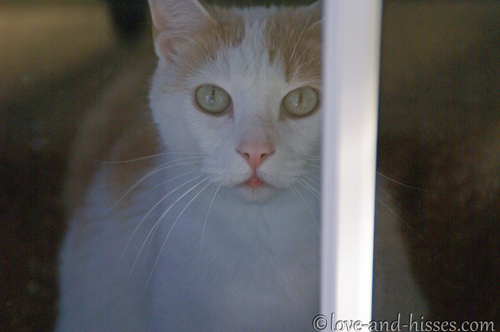 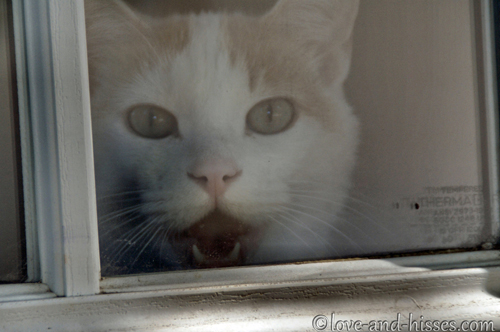 There are lots more Spanky pictures over at Flickr.