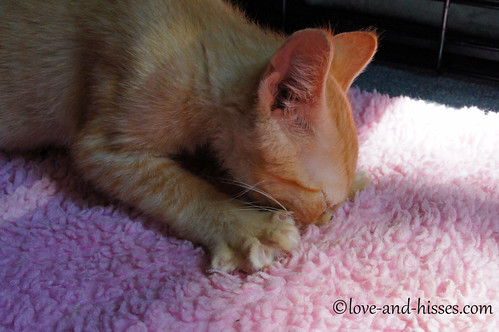 So, first Kennebec starts “nursing” on the fleece cat bed… 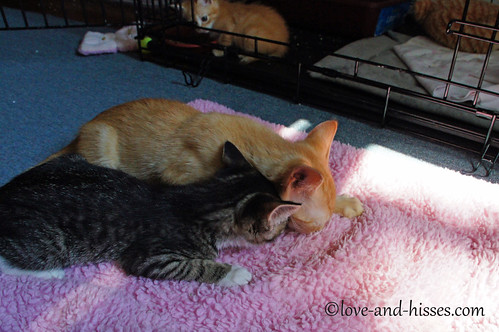 then Fianna joins in… 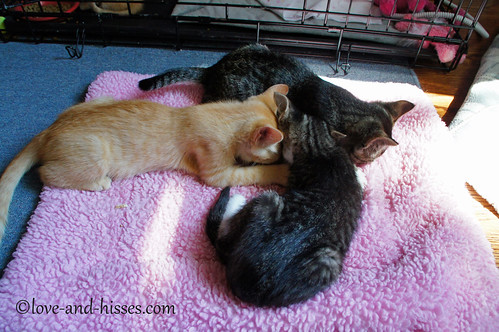 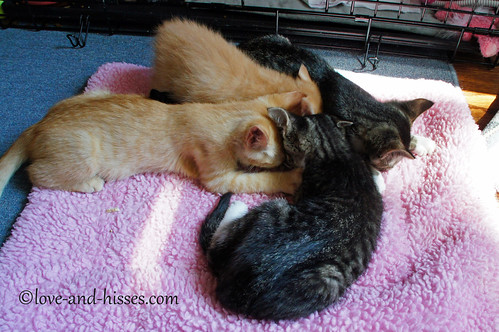 then lastly, Stompers the Mouth decides he’ll take a piece of that! 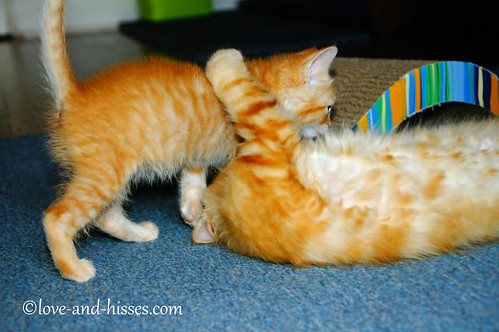 Stompers and the Floof. 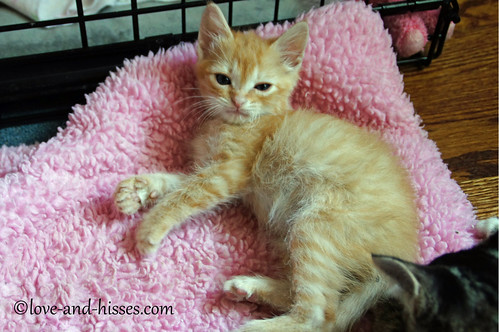 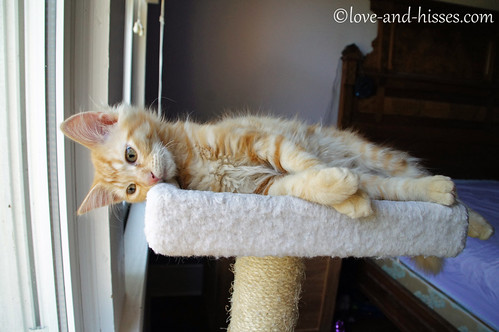 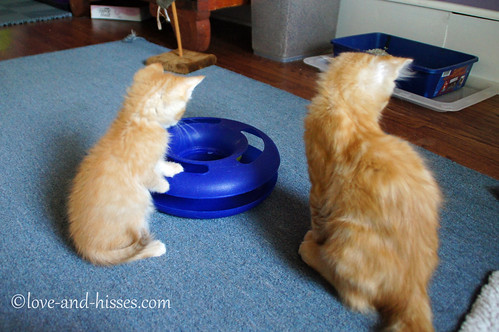 I love getting pictures of Stomps with the bigger cats. (Ignore that litter box in the background.) 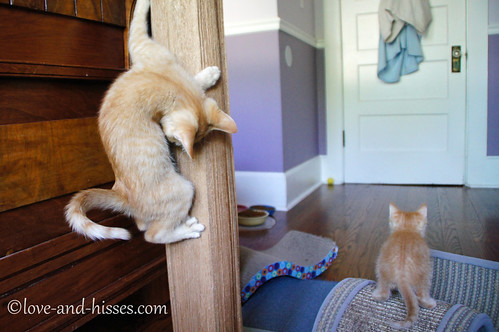 Kennebec got halfway up the cedar scratching post and rethought his position. 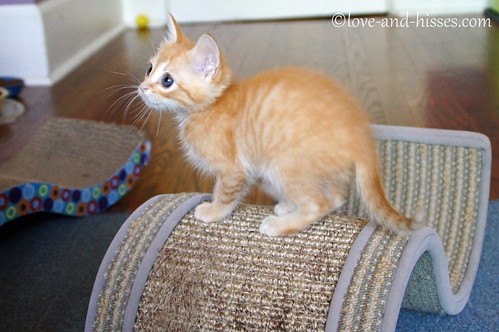 So, I’ve probably mentioned a few times that all the fosters get morning and evening snacks in the form of canned food. They all get to know the routine pretty well, and when the Taters hear me moving around the upstairs giving the ‘Maters their snack and scooping litter boxes, they start getting wound up. Stompers is especially vocal, and when I open the door to their room, Stompers comes stomping out. Sometimes Kennebec does, too. I have to herd them back into the room and listen to them HOWL at top volume while I’m putting their snack on the plate.

I wouldn’t want y’all to miss out, so here you go – a completely unedited video. Probably a rock concert would do less damage to your eardrums. Turn your sound WAY UP to get the full experience. 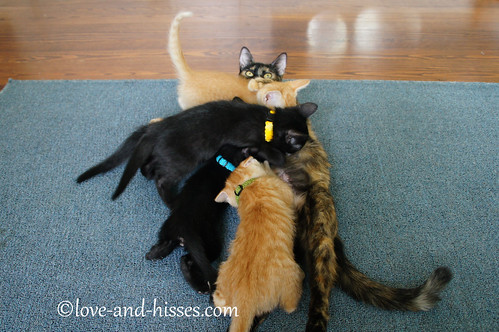 Sweet girl. She sure does put up with a lot! 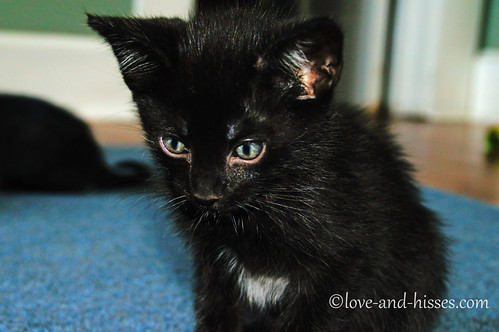 Dingwall Scotty, in a reflective mood. 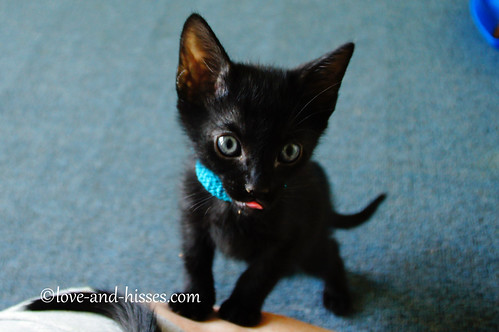 “Let me tell you SOMETHING, lady!” 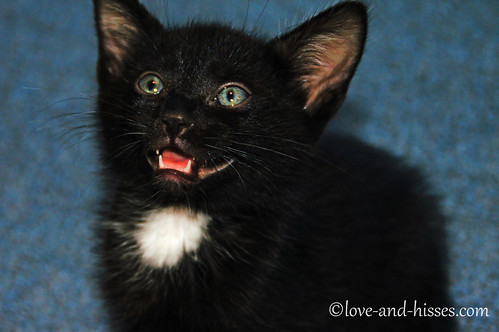 Oh, Scotty. You always have something to say, don’t you? 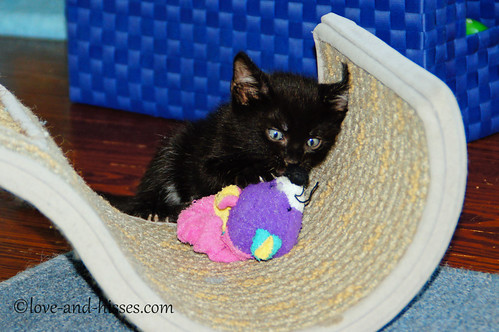 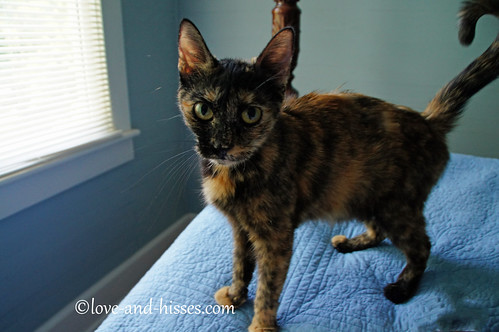 So, after a few days of spending the entire day in Fred’s room and the evenings with the babies, Brandywine decided that she had had ENOUGH. She howled and dug at the door until I gave in and took her back to her babies. I’ve seen clear evidence that she knows how to make the babies back off when she wants to, so I’m not too worried about her. We also moved a bigger cat tree back into the foster room so she can jump up onto that if she needs time away from them. 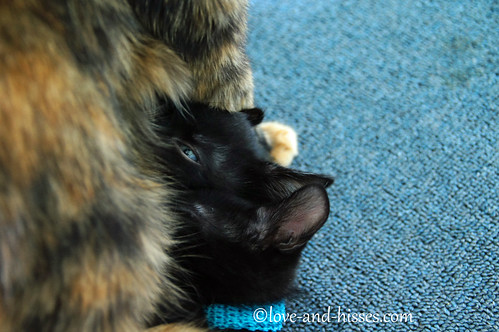 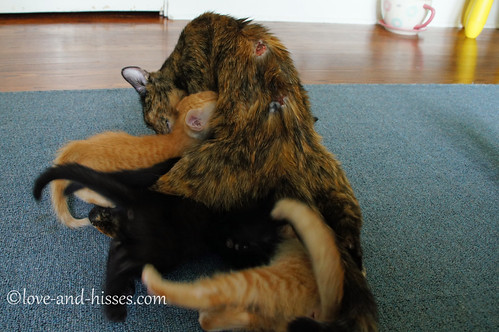 I know the wounds on her back look nasty, but they’ve improved a lot. I’m putting ointment on them, and they aren’t bothering her. What I’m trying to say is that they look a lot worse than they are. 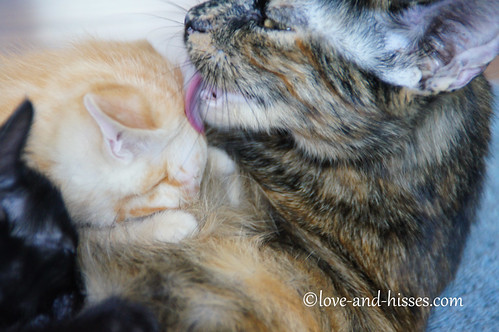 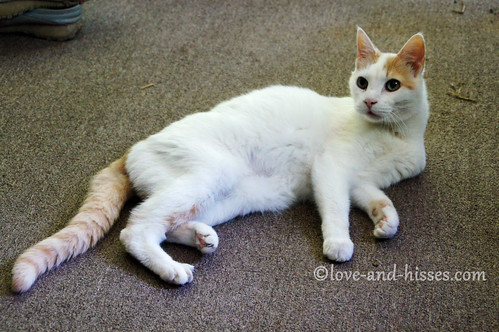 Old Man Spanky wonders if it’s time for HIS snack (he gets two extra snacks a day, too. He can certainly use some fattening up.)