Oh, that sweet, goofy girl. In case you missed it, #Nola’s babies have all been adopted (Roux and Praline will be going home in a few weeks, together!) and Nola will be leaving us tomorrow. Nola will be at Petsmart in Jones Valley (on Carl T Jones Dr) in Huntsville, Alabama. I know y’all are hoping for a speedy adoption as much as I am. ❤️ Roux is not a fan of the vacuum cleaner. They could hear Fred approaching! Nap time with the girls. Praline and Roux are spending the night in my room, and I think you can guess just exactly how restful it is not. 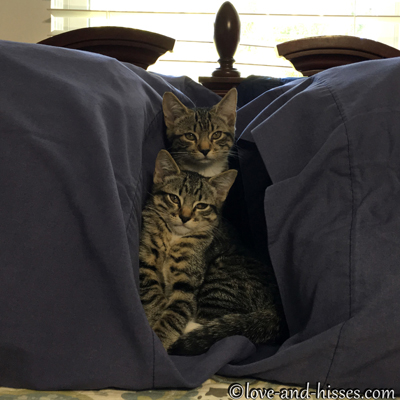 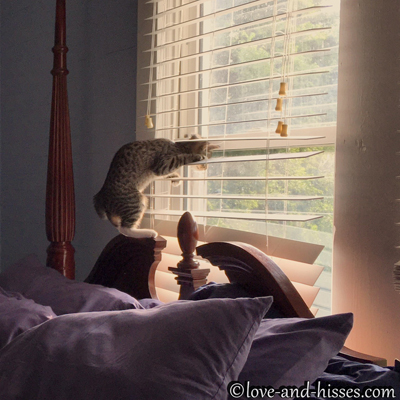 Roux gets her Kravitz on. #ABNER 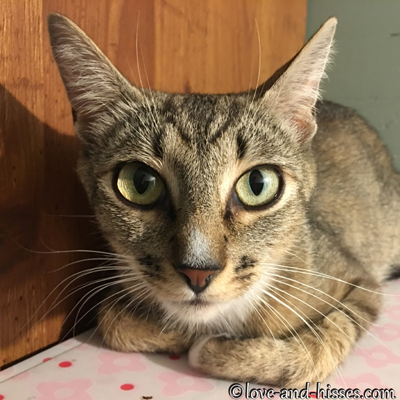 Haaave you met Belle? She’s guesstimated to be about 11 months old and was found with her four then-tiny kittens (they’re about 9 weeks old now). They all (Belle and her kittens plus two more!) came home with me yesterday and while the kittens rampage around the foster room, Belle has found a spot up high where she can rest and relax. She was spayed on Wednesday so this litter is her last. She’s sweet, sleek, silky, and beeyootiful. 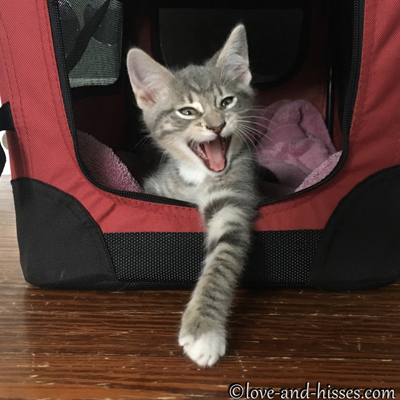 “Halloooooo innernets!” Haaave you met Gaston? He’s an adorable little gray and white tabby, the biggest of Belle’s kittens. He loves playing, purring, and his mama – not necessarily in that order! 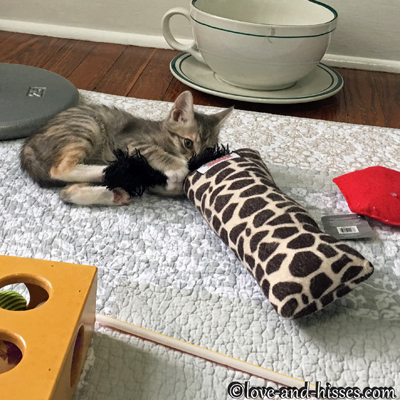 Working on her bunnykicking skills. Haaave you met Mrs. Potts? She’s Belle’s only daughter, but can definitely hold her own with her brothers. She’s sweet and friendly and climbs into my lap about 30 seconds after I sit down. (If she’s not busy kicking brotherly butt, that is.) She’s got her mother’s silky fur, so it’s a good thing she likes being petted. She’s irresistible! 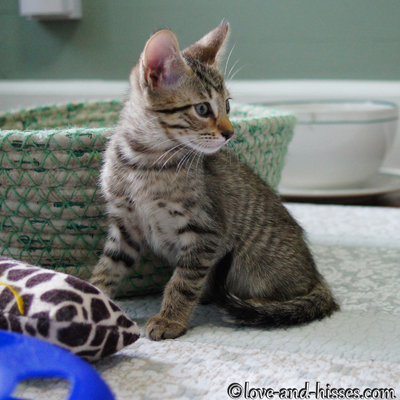 Haaave you met Chip? He’s an adorable brown tabby with big ears and a very long, very skinny tail he holds so high that it arches over his back. He’s been voted “most likely to be nicknamed ‘Mouth’ by everyone – human and feline – within the range of his voice. He has things to say, and you better believe he’s gonna say ’em. Complaints, he has a few. (He stops complaining if you snuggle him, though, which A-OK with me!) 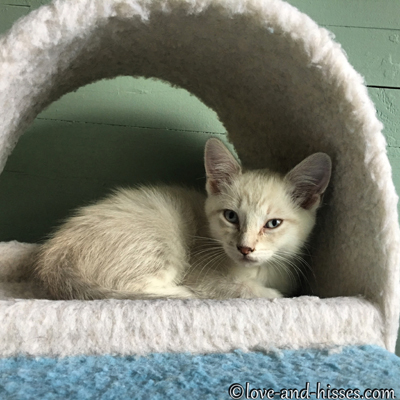 “Tryin’ to sleep, lady.” Haaave you met Lumiere? He’s a nosy little muffin who comes stomping over to see what’s going on if he suspects there’s something that needs to be snoopervised. He’s a very playful boy who lives to chase and jump on any of his siblings who are in the mood for playin’. He loves bellying up to the milk bar and then dropping off for a long nap. Lumiere has already been adopted (yay!) and will go home in a few weeks after he’s been neutered. 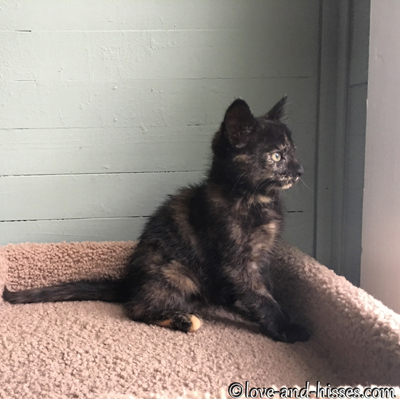 Haaave you met Agnes? When she’s not racing around like a complete little lunatic, she’s purring her silly little head off. She’s one of those kittens who, when you pick her up, will twist around so that she’s facing you. She loves to be petted, enjoys being kissed, and is rough and tumble and will kick the butt of any kitten who starts somethin’ with her. 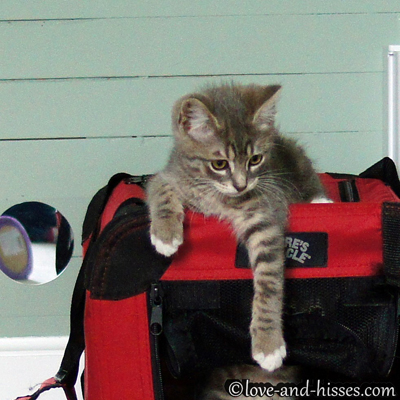 And lastly, but certainly not leastly, haaave you met Ressler? He’s a confident little monkey who just wants to be held and petted – unless he’d rather be racing at top speed through the foster room or jumping on top of his foster siblings and making them squeal. He has the loudest purr I’ve ever heard, and loves being kissed. 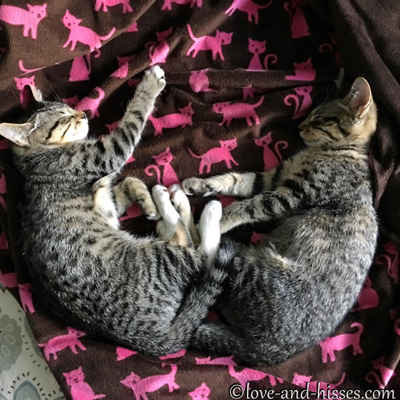 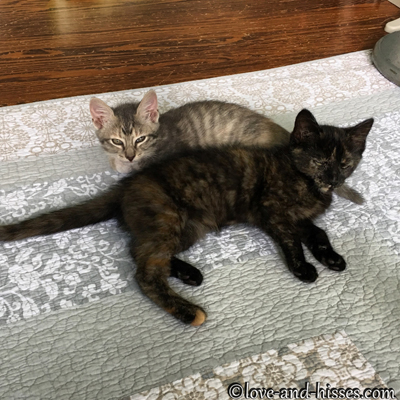 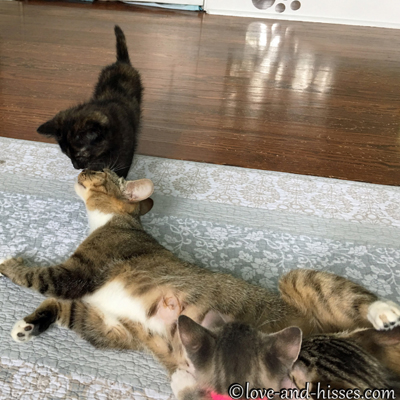 Nursing her kittens and sniffing noses with Agnes. Belle is a multi-tasker! Belle is perfectly fine with Agnes and Ressler – and if I don’t find Ressler nursing before the weekend is over, I’ll be very surprised!

Video! I apparently only posted a couple of videos of the girls this week, both centered around nap time. What can I say? We love nappin’ in this house! (I didn’t post any videos – didn’t post much, really – of Belle’s kittens due to a busy weekend, but that’ll change!)