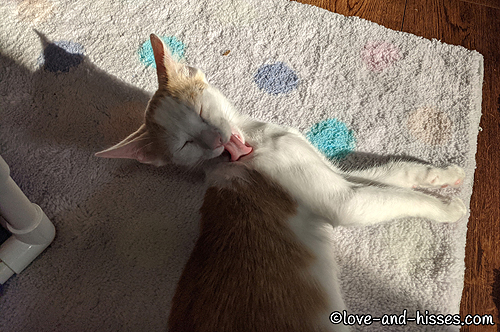 That is quite the tongue on Christopher Chutney. 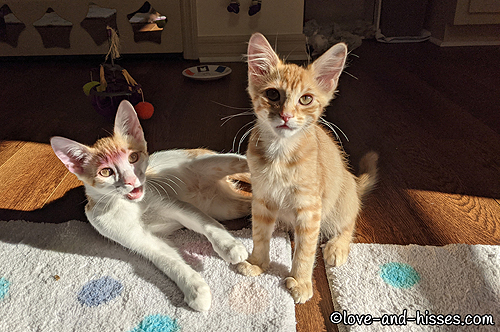 I feel like Alfie Alfredo wants to start something. 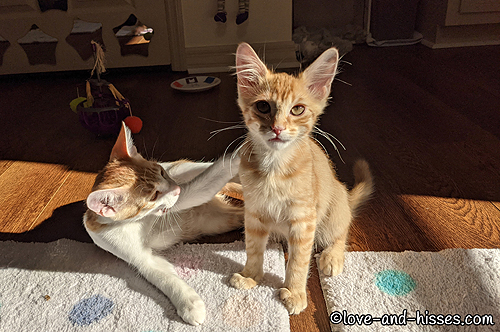 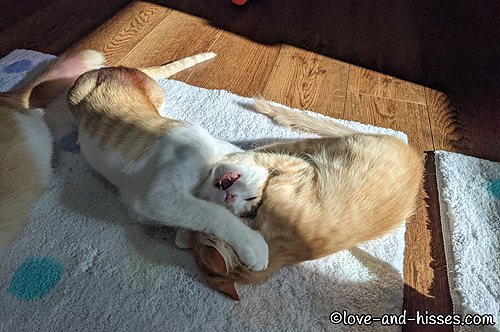 He might be regretting his decision. Theo Pesto is a pretty good wrassler. 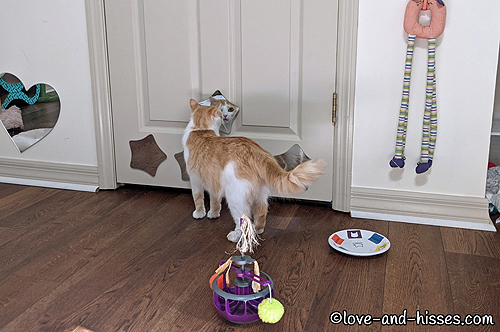 Molly Marinara’s all “I sees you, lady.” 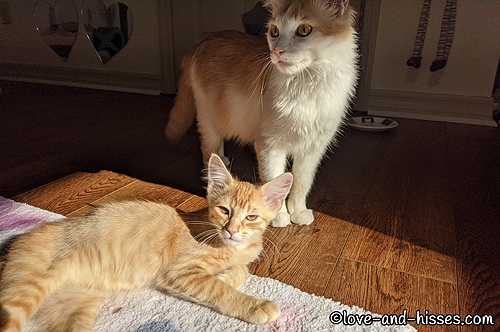 A little bit of attitude from Theo Pesto. 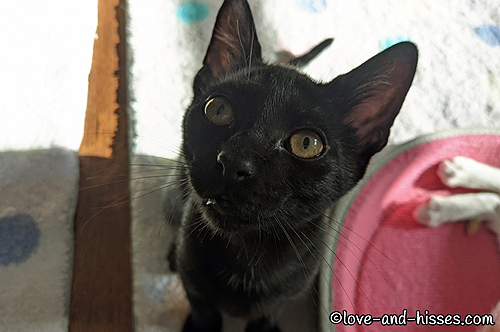 Sofia Soy Sauce is all “What doin’, lady?” 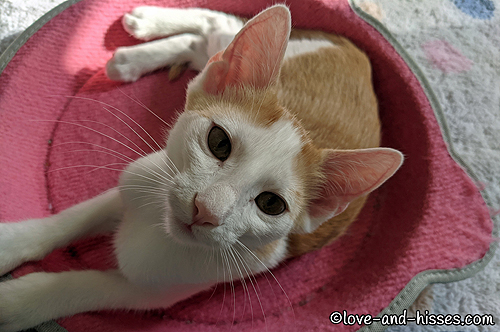 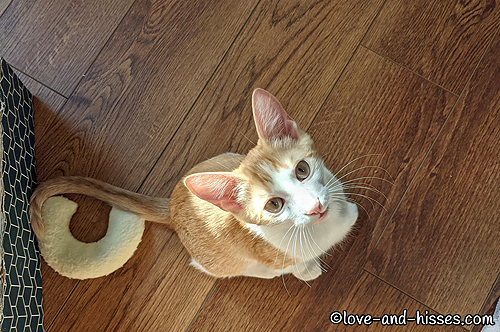 Franco Fondue from above. 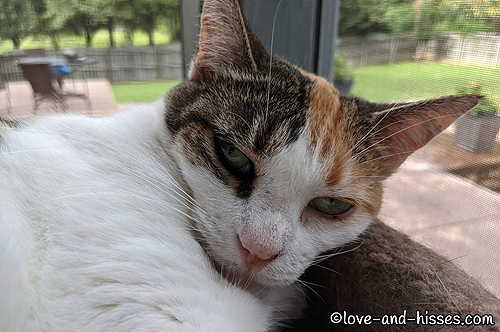 Wherein I point out for the zillionth time that Alice has the MOST beautiful green eyes. 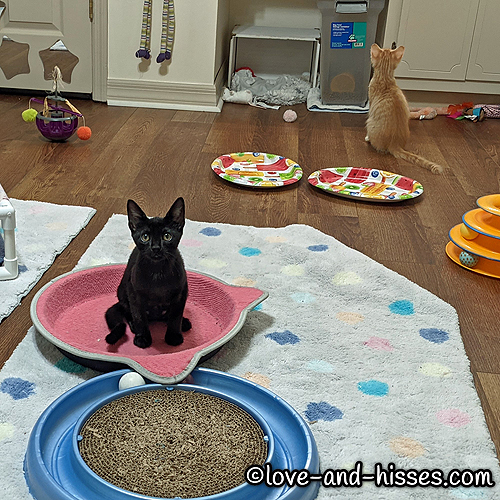 Sofia Soy Sauce keeps an eye on me… while Theo Pesto wonders why he can hear his mama eating breakfast, but can’t get to her. 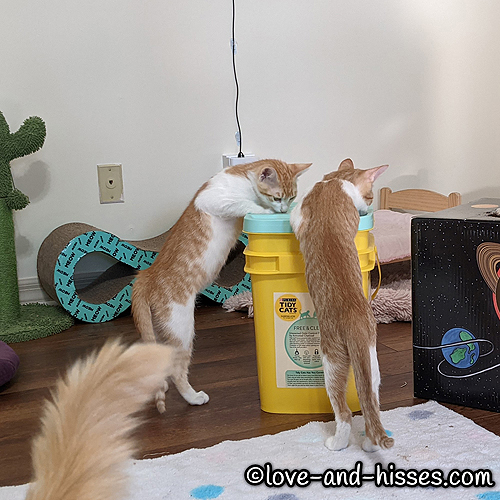 The snoopervisory committee (Alfie Alfredo and… um…. Christopher Chutney? Maybe?) are hard at work. (Please admire Molly Marinara’s floofy tail. While the kittens were snoopervising, she was waiting to see if treats would appear.) 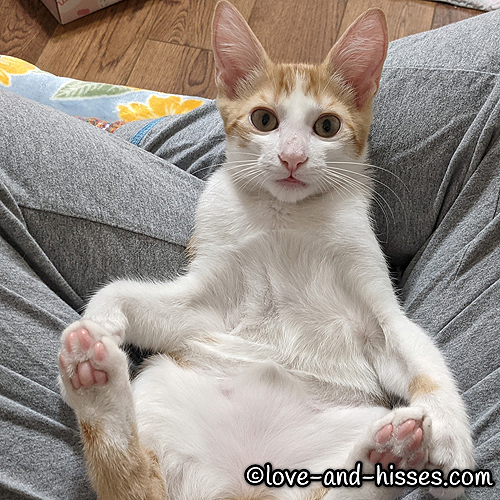 Seriously, Franco Fondue has turned into SUCH a lapkitten lately! While the other kittens eat, he just follows me around and waits for me to sit down so he can get snuggles. Such a sweet boy.

YouTube link
Franco Fondue the lapkitten… and Theo Pesto wants to know why he can’t reach his mama (and what she’s eating.) 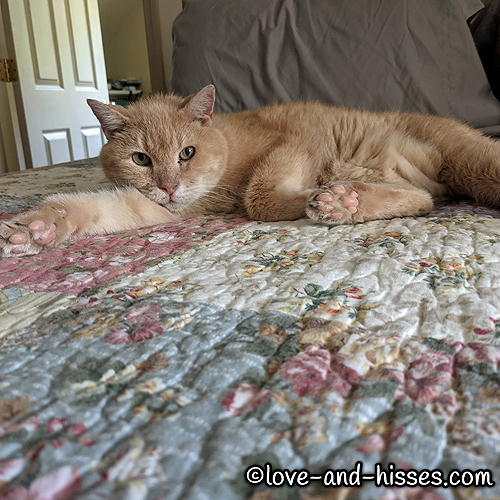