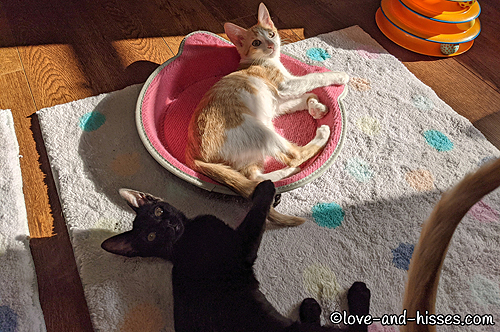 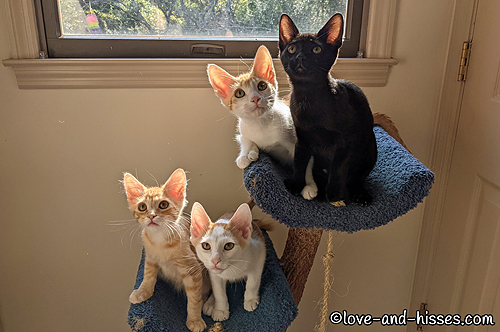 The feather teasers (which were hanging on the wall) were blowing in the breeze of the ceiling fan, and it caught the kittens’ attention. 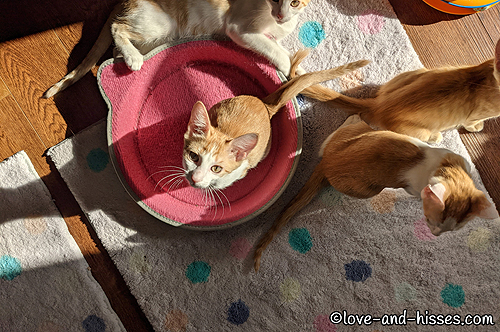 Franco Fondue (and the pie plate) from above. 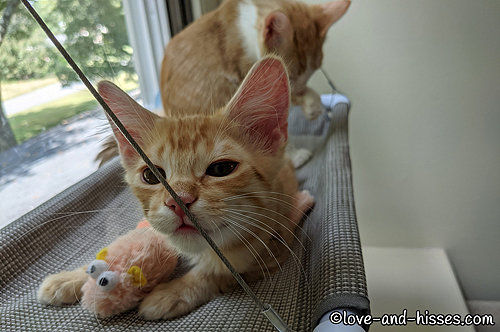 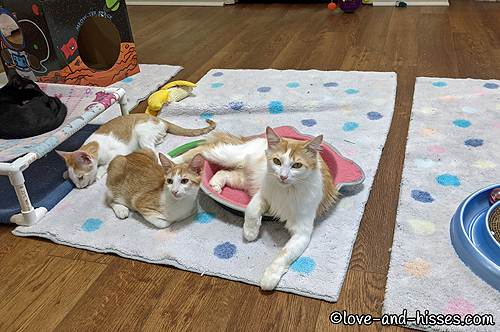 “These kids want my pie plate, and I ain’t movin’.” 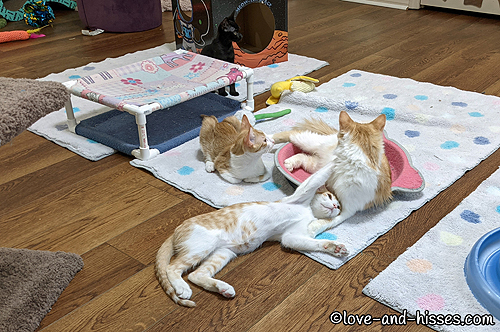 Alfie Alfredo decides it’s a good time for a tussle. 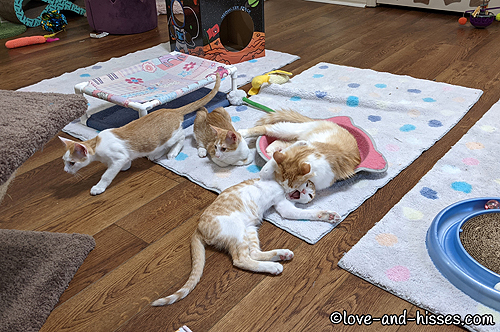 And Molly Marinara pins him down and gnaws on his neck. Good job, Molly! 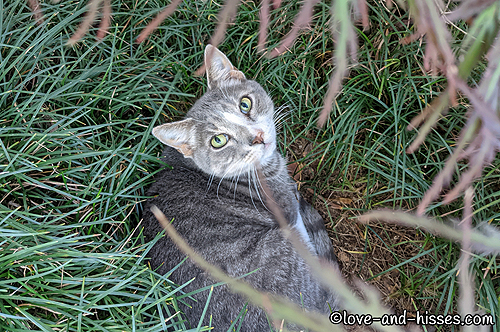 Archie in his favorite (one of his favorite, I should say) spots, under the Japanese Lace Maple. 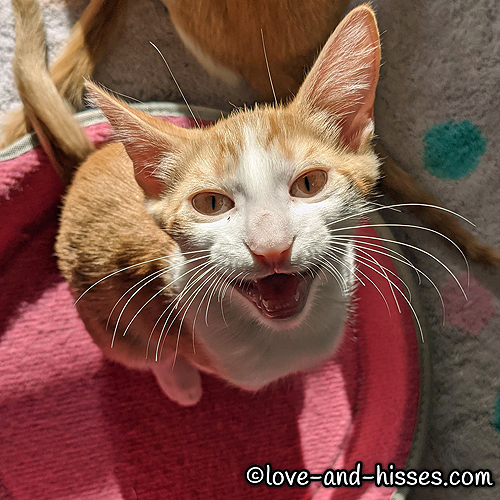 Franco Fondue heard a rumor that it’s time for breakfast, and he’s a TINY BIT excited! 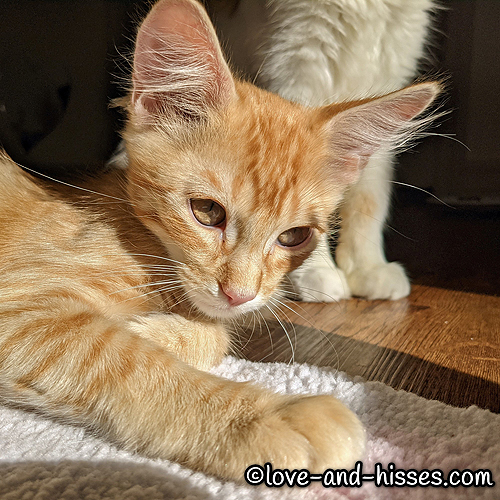 I believe we’ve got a lights-on, no-one-home situation going on here with Theo Pesto. 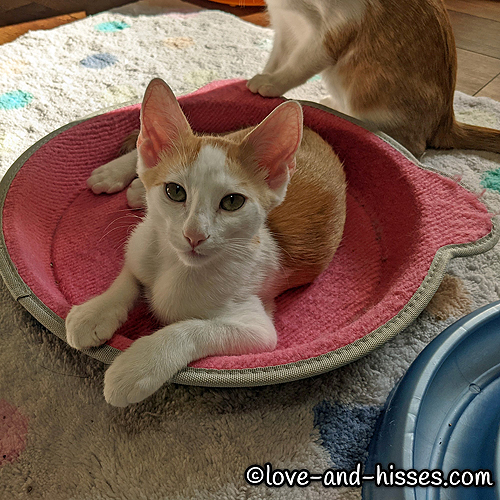 It’s a Christopher Chutney pie. Limited supply, get yours now! 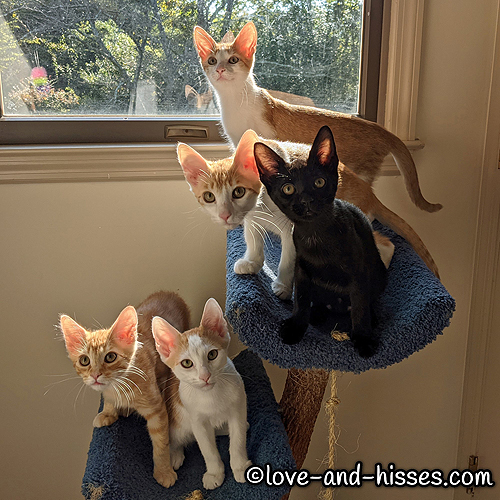 All 5 kittens, looking in my general direction! From left to right (and bottom to top) – Theo Pesto, Christopher Chutney, Alfie Alfredo, Sofia Soy Sauce, and (back) Franco Fondue.

YouTube link
BOOPing Franco Fondue (and everyone else is busy cleaning up after eating breakfast). 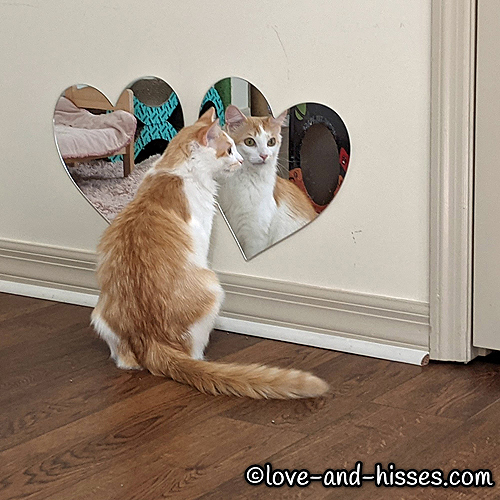 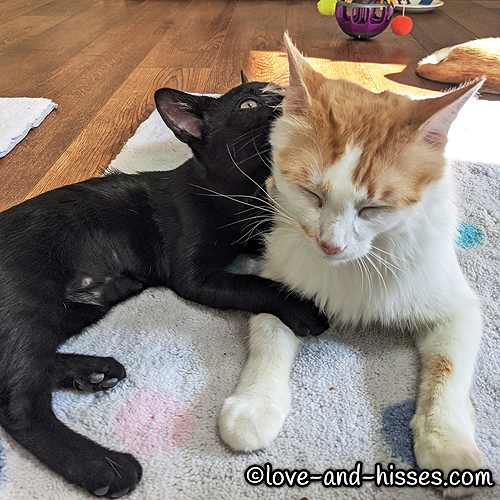