Two things before we get started:

1. We closed on the old house on Friday and it went perfectly. It was 1 hour short of 4 weeks between the time the house went on the market and the closing took place. I have no complaints about this house-selling experience, and we’ve been through a few. The new family has three young children and a couple of dogs and they were thrilled to be buying the house (they lived only a few miles down the road, just needed more room.) I think they’ll love living there – it’s a great house for a family (and in a good school system and location.)

2. I hadn’t posted a weekly roundup post (which is a weekly post of all the pictures and videos I posted on social media in the course of a week for people who might have missed them or don’t do Facebook/Twitter/Instagram) since July 5th, so I crammed everything into one super-sized post yesterday. I think I’m going to do things differently in the future, because putting together the weekly roundup post takes a huge bite out of my weekend and I’ve got things to do (yes, I could – and do sometimes – work on the weekly roundup post during the week, but I tend to shrug it off and tell myself that’s Future Robyn’s problem). From here on out I’m going to post the pictures/videos that were posted the day before at the beginning (or end, I haven’t decided yet) of each daily post. I guess the pictures/videos for Friday, Saturday and Sunday will have to go in Monday’s post. I’m at least going to try it that way and we’ll see how it goes. If it’s too much of a pain or I don’t like it, then I’ll switch it back. I’ll start it that way tomorrow and we’ll see how it goes. 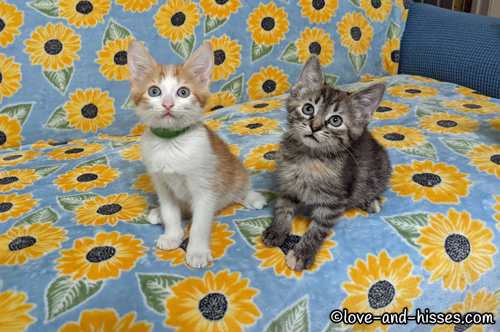 Franco Fondue and Tia Teriyaki pose for me. (There might’ve been a feather teaser up there.) 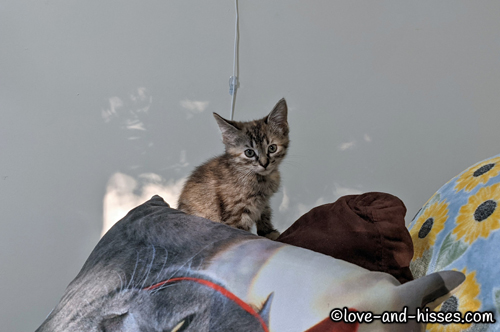 Little bit of attitude from Tia Teriyaki (her resting suspicious face hides the fact that she is a total sweetheart.) 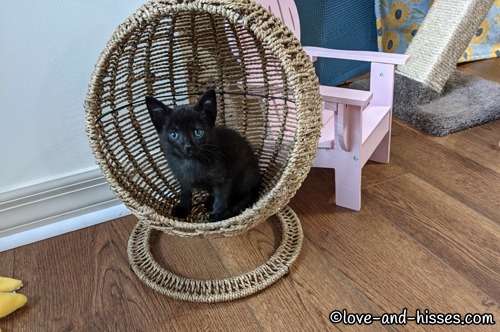 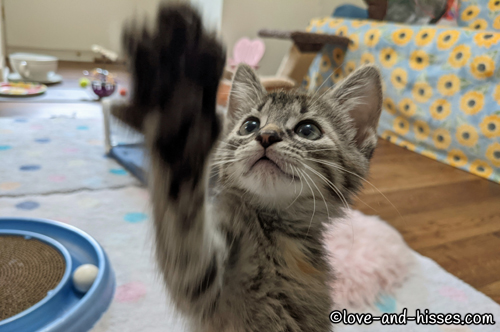 Tia Teriyaki looks more amused than suspicious as she swipes at that feather teaser. 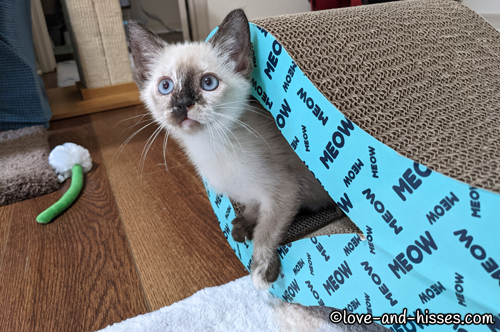 Hannah Hollandaise’s got her eyes on the prize. 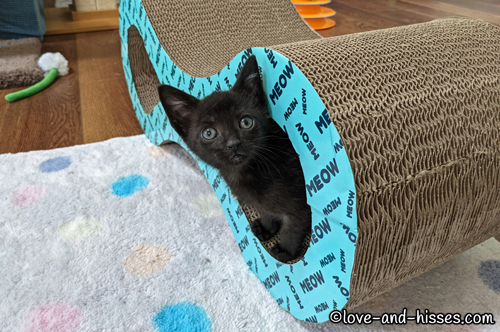 Sofia Soy Sauce is all “Watchin’ you, lady.” 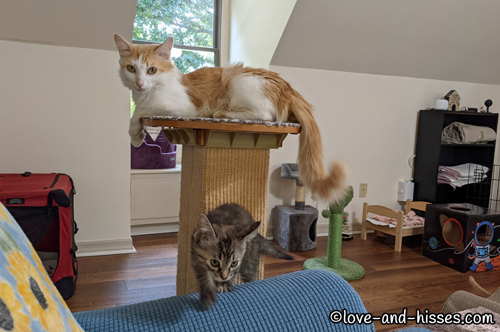 Molly Marinara says “Sorry, kid. No room up here for you.” 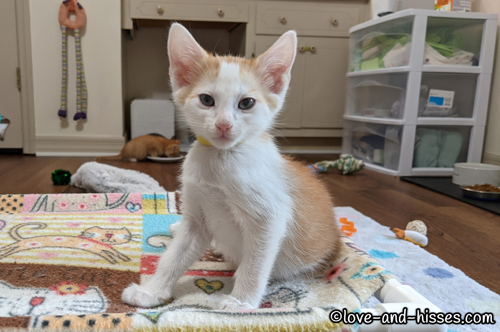 Christopher Chutney is all “What doin’, lady?” 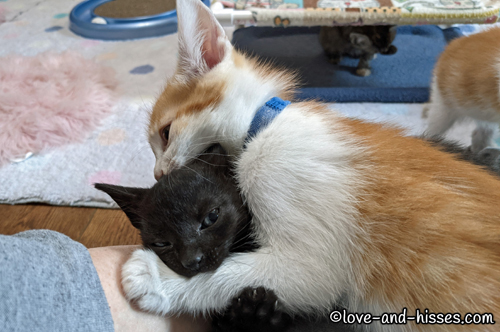 Alfie Alfredo and Sofia Soy Sauce in my lap and putting the bite on each other. 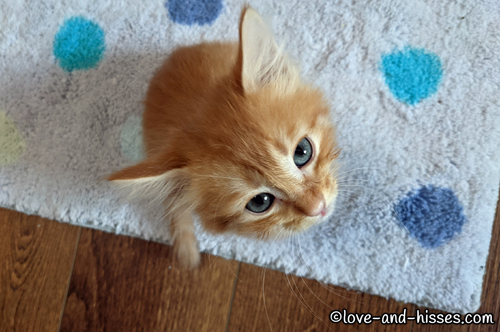 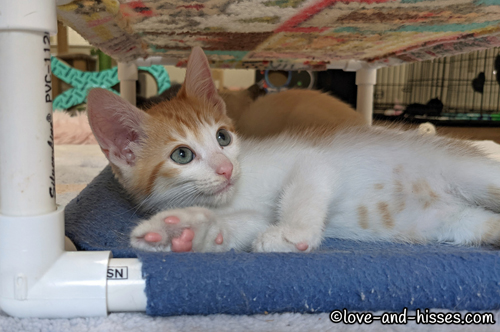 I love that secret tabby patch on Alfie Alfredo’s tummy.

Over the weekend the milk bar opened up again. Molly Marinara is letting those kittens nurse – not as often or as much as they’d like, but she is definitely letting it happen. They’re still on the young side – they’ll be 10 weeks old on Friday – so I will probably give it another week or so before I put the onesie on her (if need be.)

Hannah Hollandaise is super interested in the milk bar activity, and she’ll sit nearby and watch when the kittens are nursing – I haven’t seen her trying to nurse, but I get the distinct feeling that she’d like to. And I wouldn’t be surprised if she does make a move soon (I just hope I’m there to see.) Molly will still growl at Hannah if she gets too close for too long, but she ignores Hannah most of the time. Hannah is out in the foster room (not in her cage) all the time now, and loves to zoom zoom zoom around the room. 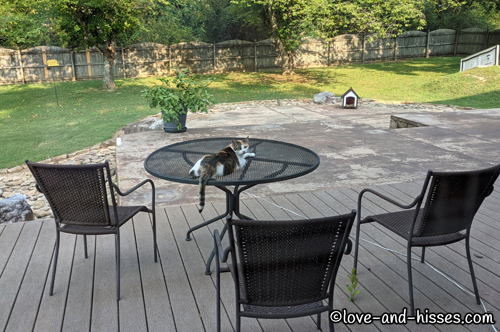 That table is on the deck outside my bedroom window, and I love getting up in the morning and looking out to see Alice (or Archie) enjoying the morning.