I was going to suggest a swag lamp until I saw the location of the hook. Maybe they screwed it into the ceiling to perplex the next owners?

Is that hook right in line with the door? I wasn’t sure of the angle from the photo but, if it is, maybe it was for mistletoe. 😉 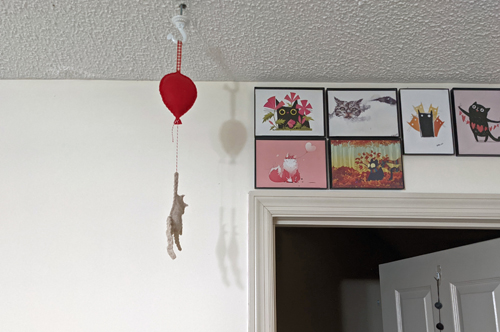 The best part is the line of holes as they searched for a solid place to put the hook. 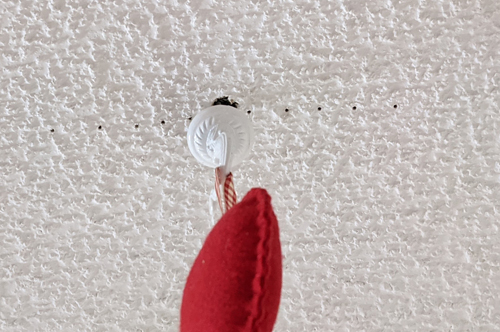 How does Fred like having a storm named after him? Hope he’s not getting too many “blow hard” jokes. 😉

Fred hasn’t gotten a single joke about the storm – but I have! Ha. I think sooner or later, we’ll all have a storm named after us, won’t we?

(Side note: My nephew Brian was born 30 years ago today while Hurricane Bob was passing through the Northeast. I tried my very best to get my sister to name him Bob, Bobby or Robert, but she wouldn’t go for it. Now I can’t imagine him as anything but Brian. He’s now a father of two (his second son was born just a few weeks ago.))

Years ago, when you had that litter named after comedians, there was a little discussion about you possibly writing childrens’ books, using your photos. Books for new, very young readers, where it was more picture than words. I always thought that was a fantastic idea, and your phrase ‘I Don’t Like You; I’ll Think of a Reason Later’ totally reminded me of that! I hope that’s still an idea you kick around sometime. LOL and upon a second reading I just caught your giant slingshot comment. Now I will be thinking about cats launched cross-country today 😀 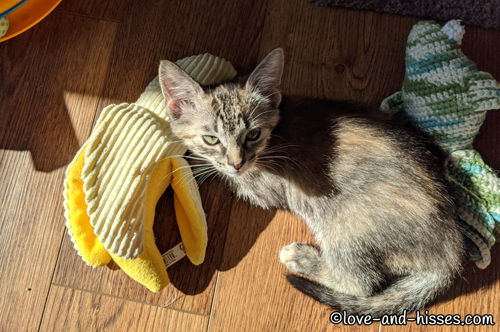 A Tia Teriyaki and her banana. 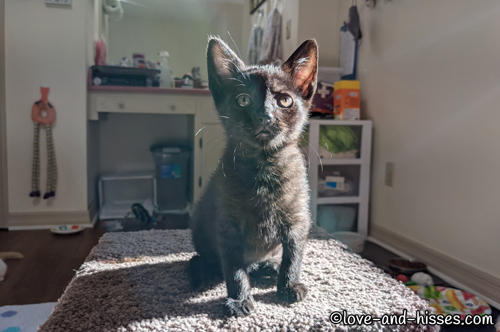 Sofia Soy Sauce in the sun. 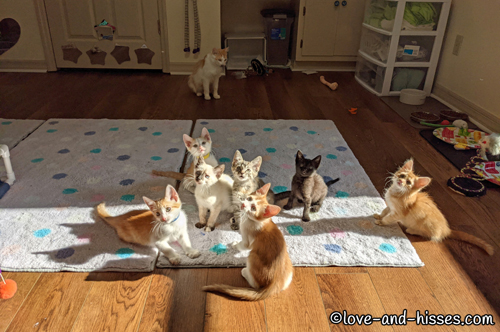 The whole bunch of them – even Molly Marinara, there in the back. 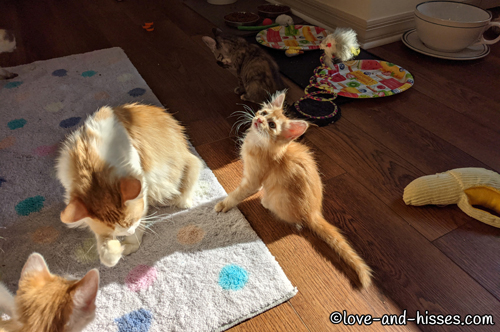 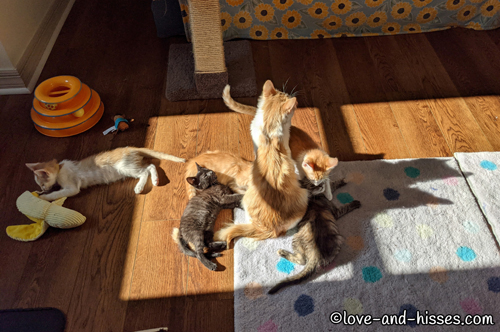 Molly ignoring the babies, while they try their best to get to the milk bar. 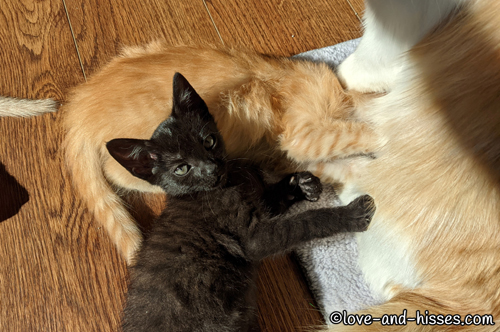 Sofia Soy Sauce is all “He’s always hogging the milk bar. Give someone else a chance, wouldya?” 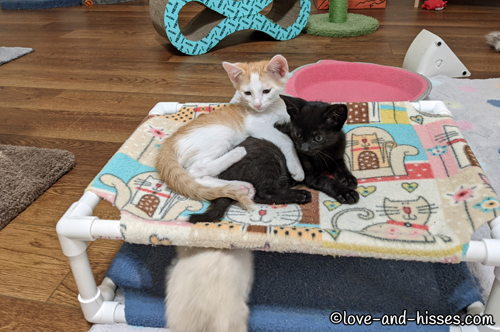 Christopher Chutney gives Sofia Soy Sauce a hug (and maybe a kick in the butt.) 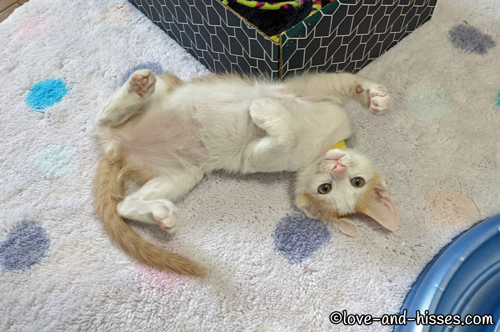 Christopher Chutney’s letting it all hang out. 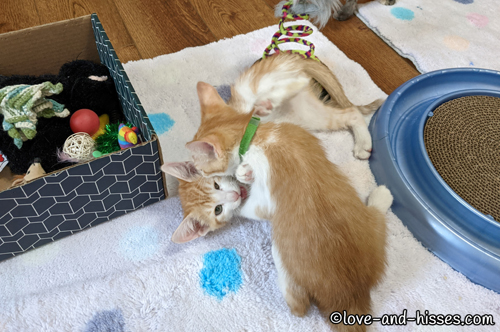 And Franco Fondue puts the ol’ chomperoo on Alfie Alfredo. 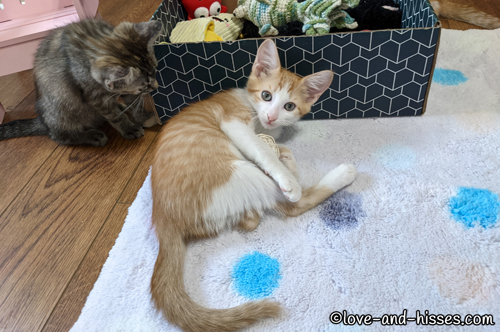 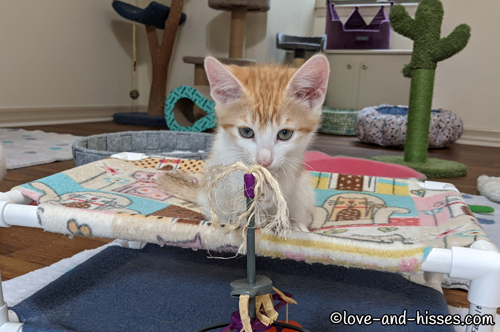 Alfie Alfredo retreated to the safety of the ham-mick. 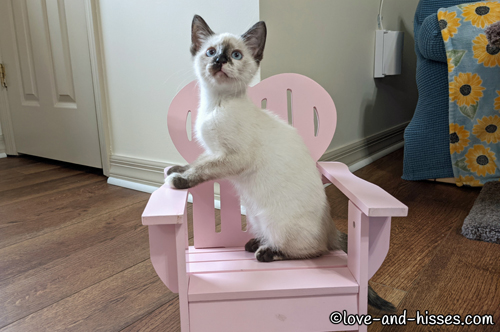 Hannah Hollandaise is clearly posing for her school picture. 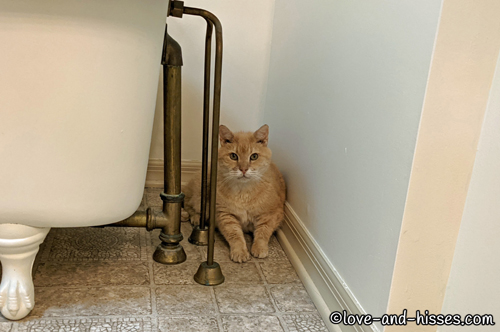 Newt loves to sleep in this corner of the bathroom because when he snores it echoes off the wall. 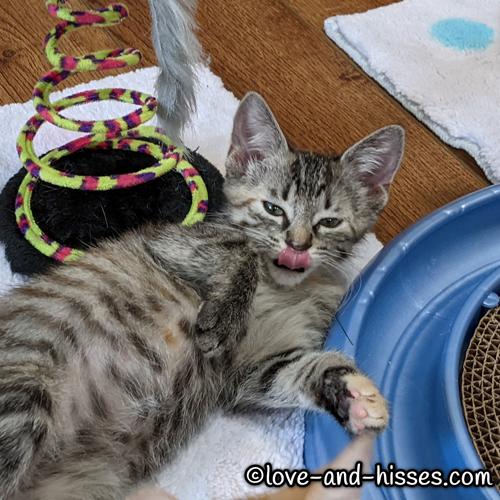 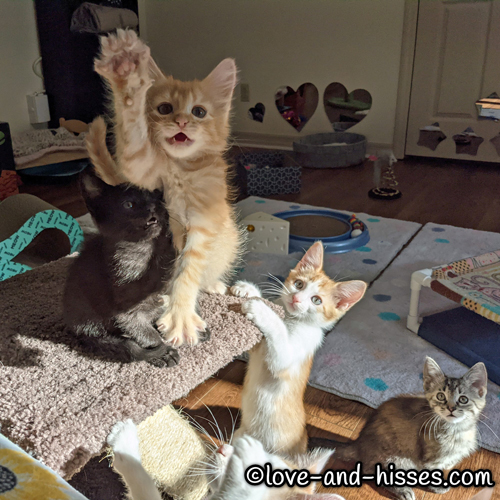 I guess you could say Theo Pesto was a little overexcited about that feather teaser (Sofia Soy Sauce’s face is cracking me up.) (That’s Franco Fondue, Christopher Chutney, and Tia Teriyaki looking on. And a bit of Alfie Alfredo’s ear!)

YouTube link
That toy – a crocheted blue “cat” Fred made last year – is Christopher Chutney’s favorite toy and he is NOT sharing. 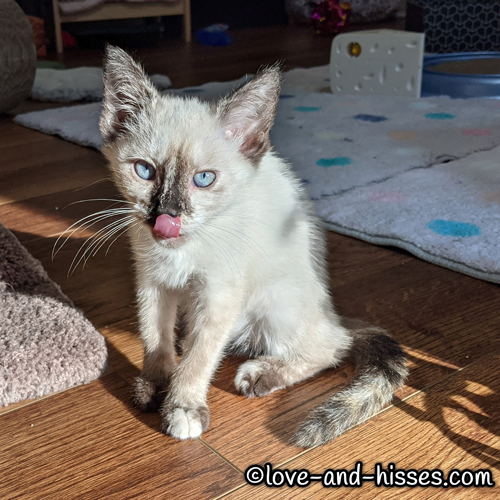 YouTube link
I don’t want to spoil what happens, so just watch it. I never expected it would happen, to be honest, I figured that ship had sailed. 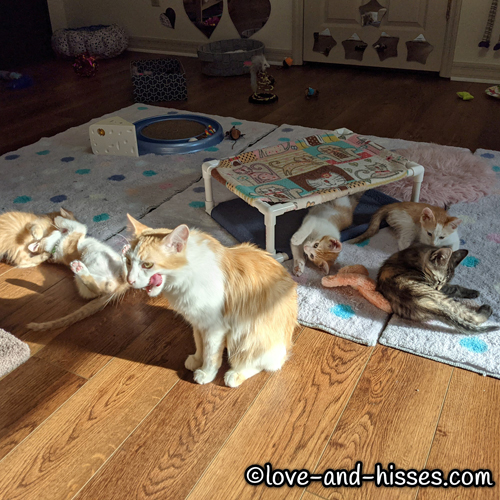 Molly Marinara, having made sure all her kittens are clean, shows off her thlurrrping form. It is #Thlurrrpsday, after all! 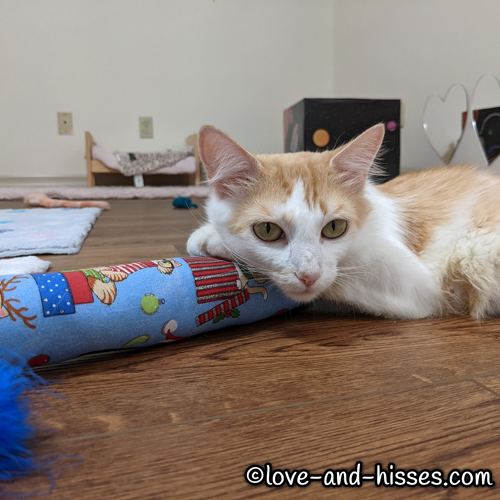