Molly came through her spay surgery just fine yesterday. We were back here by a little after noon, and she spent the next few hours looking a little dopey and watching the kittens run around.

I had wondered if being a little dopey from the surgery might make Molly less inclined to give Hannah Hollandaise what-for, but as soon as she was out of the carrier she turned and looked at Hannah and I did not like the glittery-eyed look on her face, so I moved Hannah Hollandaise to the sitting room with a couple of the other kittens.

Things I have tried: rubbing a blanket on Molly and then on Hannah. Rubbing a blanket on Hannah and then on Molly. Rubbing a blanket on ALL of Molly’s kittens and then on Hannah, and vice versa. Giving Hannah a bath and then rubbing Sofia all over her (I wish very much that I’d been making a video, because the “What the heck, lady?” looks from both of them were hilarious.) Feliway sprays and plugins. Telling Molly that Hannah’s just a baby and won’t hurt her babies. Feeding Molly and Hannah extremely tasty treats near each other. (I didn’t do these things all at once – I gave each a decent amount of time to work before I moved on to the next.) Nothing so far has worked – if I had one of the onesies that I had for Canasta I’d put one on Hannah to see if that would calm her down. I don’t have any on hand (I had to toss the ones I had; they were pretty cheaply made and going through the washer so often put holes in them), but I’ve got a couple ordered from Amazon, so that’s going to be my last-ditch attempt at making Molly be nice to Hannah. If it doesn’t work, it doesn’t – but it’s worth a try.

I can report, however, that Molly Marinara is 100% protecting her kittens when she goes after Hannah Hollandaise. Yesterday evening, every time Hannah was playing with another kitten and they hissed at her (WHY ARE THEY HISSING AT HER? They know her! They play with her in the sitting room!) Molly ran over. I was able to divert Molly’s attention each time, so while she might have hissed and smacked at Hannah a few times (which I find acceptable if Hannah gets too close to her), there was no actual fur flying and screaming, so… that’s progress? Maybe? The interesting thing is that Hannah doesn’t really seem to be scared of Molly. So.. I don’t know. 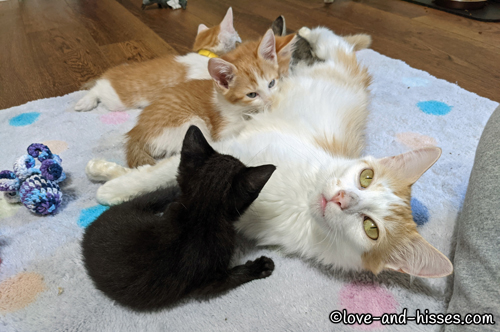 Molly the milk bar and her kittens (picture taken before yesterday.) 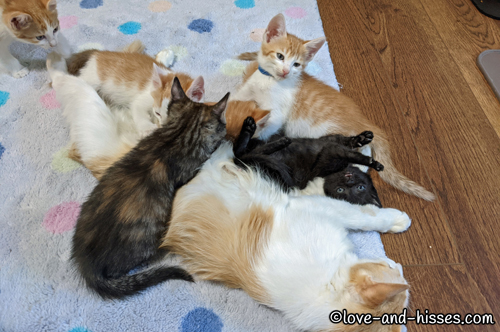 Look at Sofia Soy Sauce rolling around in a pile of kittens. 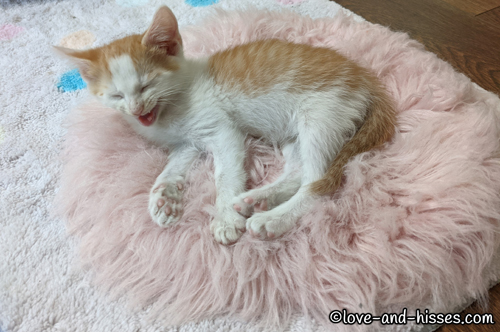 Christopher Chutney, lying on a soft floofy pink bed, giggles at his own joke. 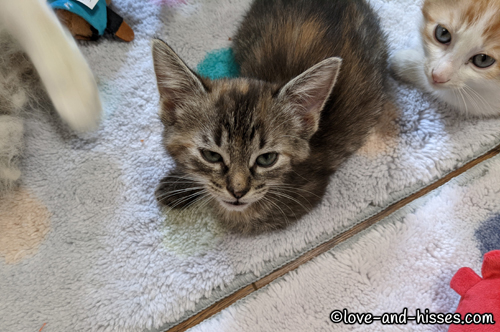 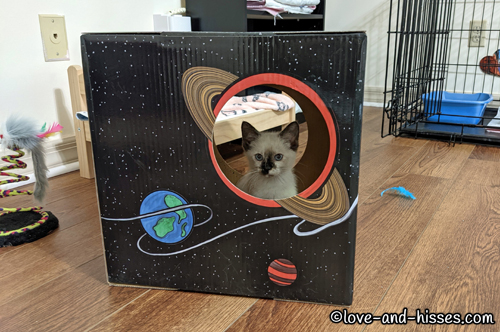 Hannah Hollandaise is all “BRB, going into space.” 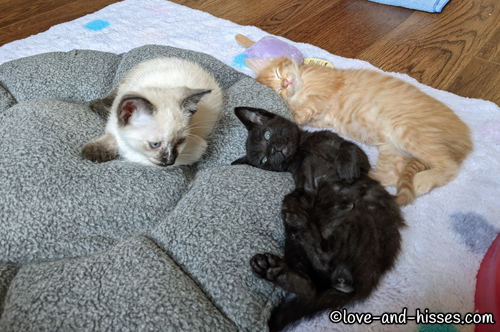 I took this picture of Hannah Hollandaise, Sofia Soy Sauce and Theo Pesto when I was making the video (posted on social media yesterday) explaining who Hannah was and where she came from. Sofia Soy Sauce could not stop rolling around looking adorable. Here she looks like she had a sudden thought. 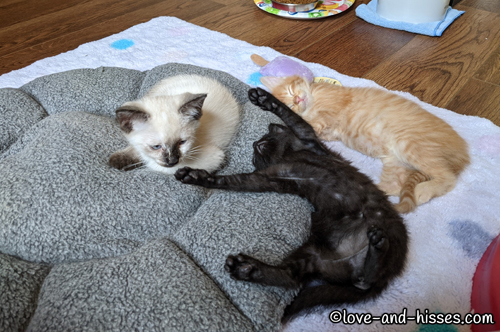 Then she was like “HANNAH I NEED A HUG!” and Hannah just looked at her. 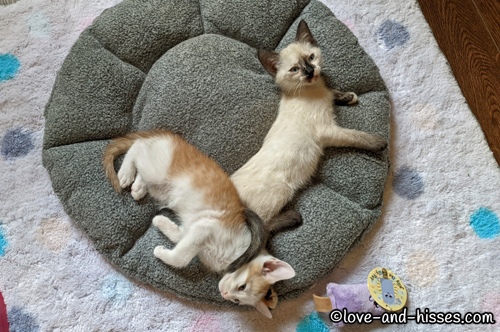 Later that day, Hannah draped her tail over Christopher Chutney, who didn’t seem to mind. 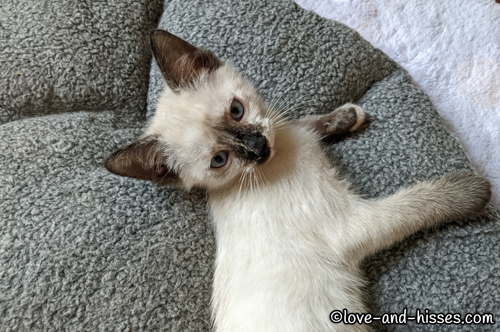 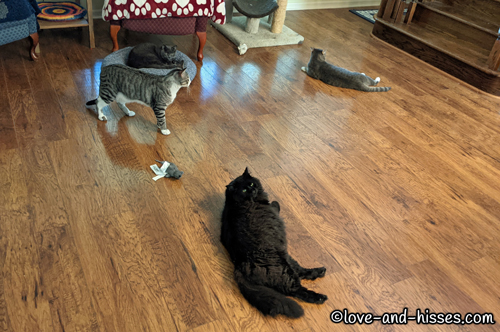 4 of the 7: Jake (in the back, on that sweater bed), Charlie (standing in front of him), Archie (over to the right with the Ears of Annoyance) and Khal (flopped down right in the front.)