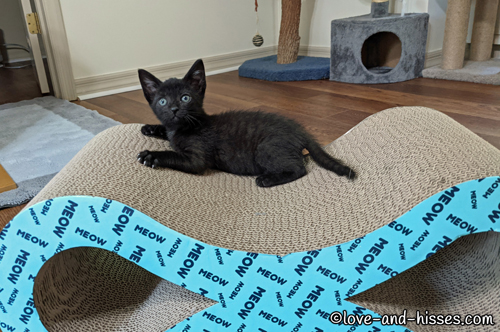 Sofia Soy Sauce is all “What?” She’s starting to look more like a kitten and less like an alien. 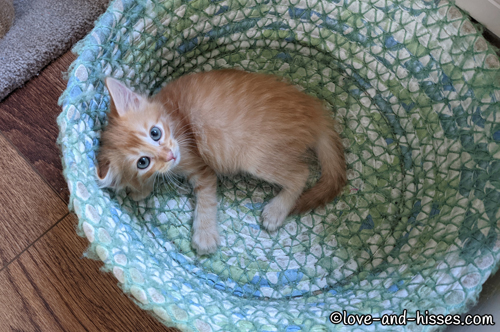 It’s a Theo Pesto in a basket. 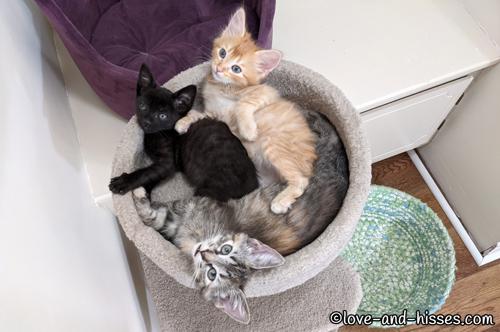 Theo Pesto, Tia Teriyaki and Sofia Soy Sauce are acting like I interrupted something. 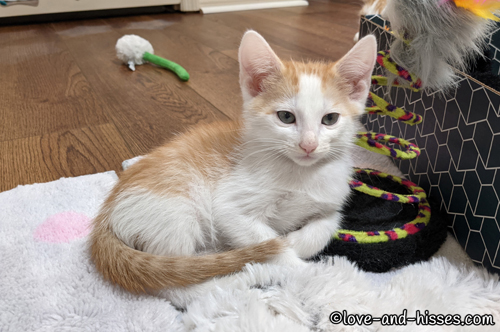 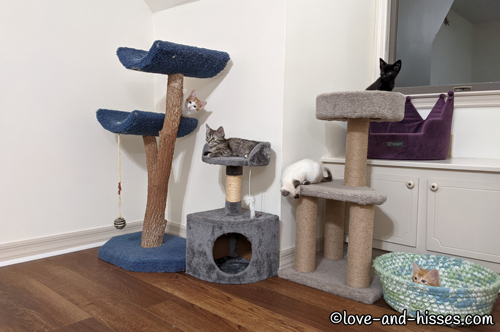 This looks like an ad for some lifestyle brand. I cleaned the foster room the other day and moved that cat tree in and put the smaller cat trees next to it, and the kittens think it’s QUITE the setup. 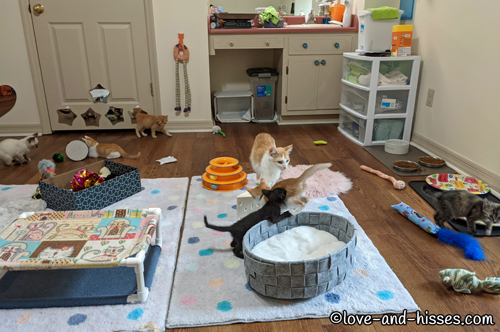 I like that Sofia Soy Sauce is giving Franco Fondue the ol’ chomperoo as he goes by. 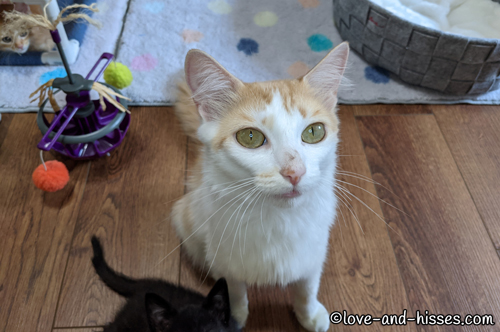 In case I haven’t mentioned it, Molly Marinara is just the PRETTIEST. (Please note Theo in the upper left of the picture, peeking out from behind that toy. He looks like he’s stalking his mama from behind a bush.) 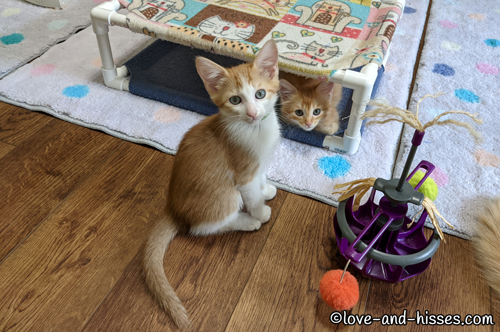 Franco Fondue and Theo Pesto are all “What?” 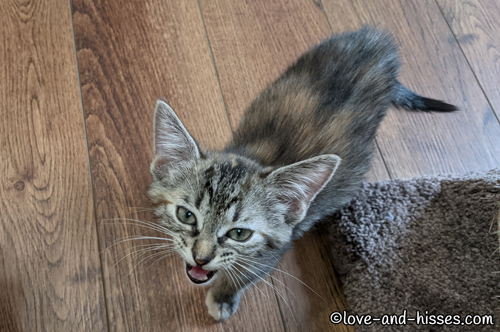 Tia Teriyaki is all “Lady. Stop takin’ my ding-dang picture and PET ME.” (Of course I did.) 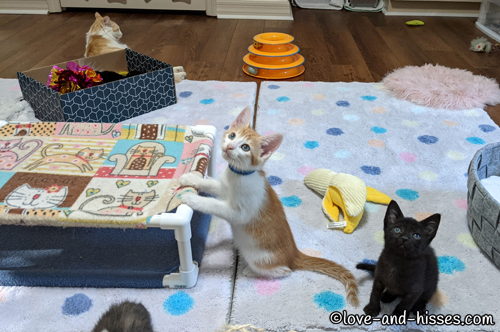 That’s quite the pose Alfie Alfredo’s got going on there. 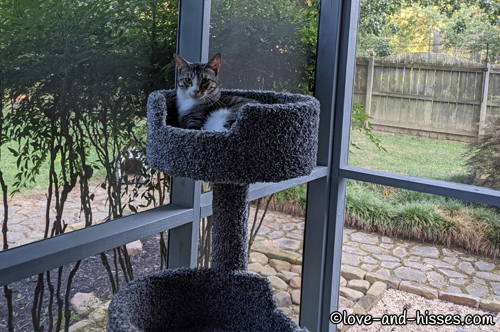 Charlie loves that cat tree. Which is on the screened porch. It’s been over 100ºF (with the heat index) for the past several days, but why hang out inside where there’s air conditioning? That’s no fun. 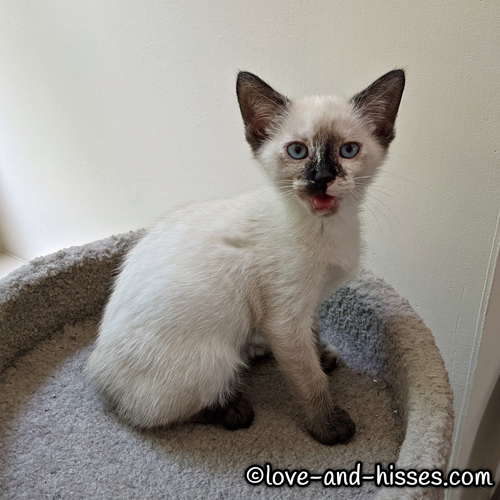 I would urge y’all not to be too sad for Hannah Hollandaise. Yes, she’d love to belly up to the milk bar with the other kittens, but she gets plenty of snuggles from me while the other kittens are nursing. (In fact, I would like to complain that I always want to snuggle longer than she does – after a few minutes, she’s like “Snuggle time is over, I gots things to do. BYE!” and off she goes.) She’s fine, and while she isn’t best friends with Molly or her kittens, she does play with the other kittens and Molly mostly ignores her. It’s not ideal – we want her to be accepted into the litter seamlessly, of course – but it’s what we’ve got and she really isn’t an unhappy girl.⁠ 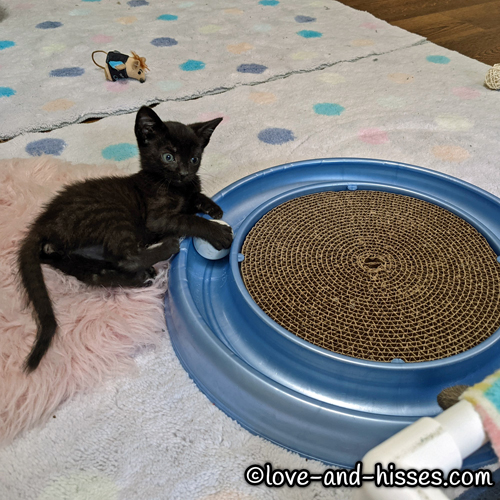 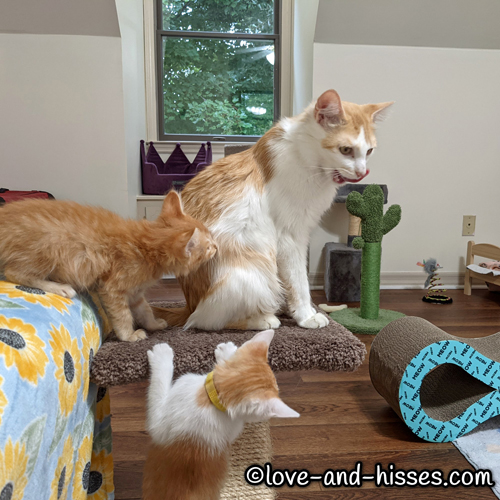 Someone’s always nosing around the milk bar. (Theo Pesto and Christopher Chutney, to be exact.)

YouTube link
Some video of (permanent resident) Archie, who likes to stomp around the back yard talking to himself.⁠ 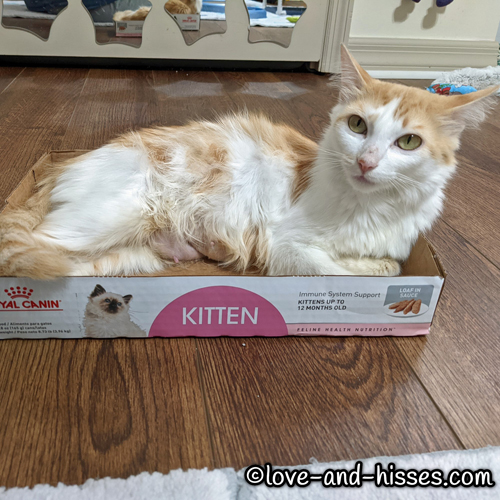 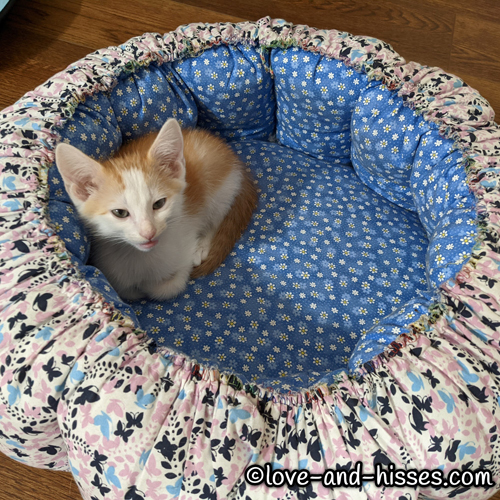