Wait, has there always been a kitten-sized couch (not the Norma Desmond pink one), a little one complete with arm rests?!! That is just so cool.

I’ve had that couch for years, and it used to live downstairs in my living room but not a single one of my cats would use it. So I moved it to the kitten room about a week ago. The kittens will climb on it and love to hide under it, but I have yet to see one sleeping on it. YET. Lola’s sitting on it in the picture below, for reference. (You can find your own on Amazon here. Apparently the price has gone up since I bought it! Alternately, if you’re dying for something couch-shaped, you could buy a cardboard couch scratcher – Amazon link for reference, but I bought mine at Petco and the permanent residents (especially Archie and Newt) love it. If you spend $35+ at Petco, delivery is free, so you could buy… 2 1/2 couch scratchers!) 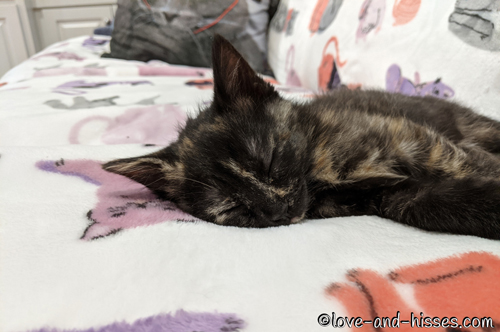 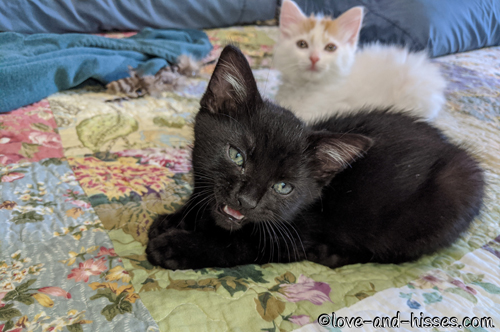 Benjamin’s all “What you want, weird lady?” and Clyde is all “Yeah! What he said!” 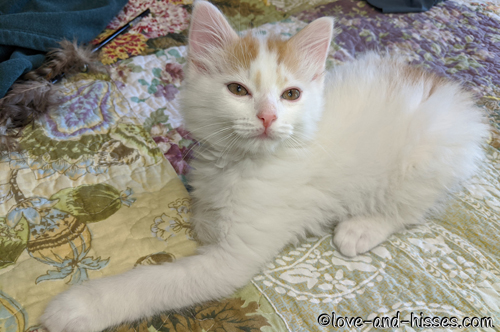 Smilin’ Clyde. His eyes are now the color of his orange fur, how adorable is that? 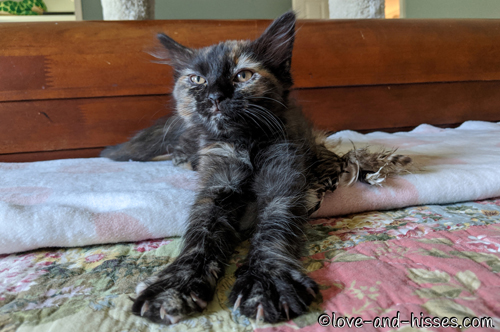 Honey showing off her claws. (This picture is pre-spay; the vet always trims their claws during surgery.) 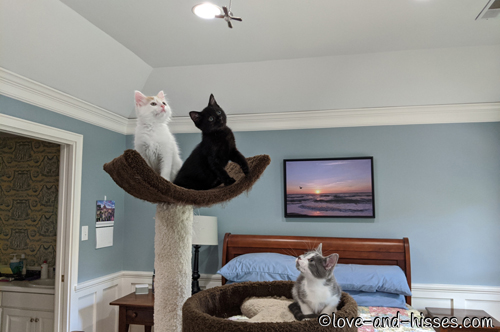 Some day Benjamin’s gonna get that ceiling fan pull; his brothers are cheering him on. 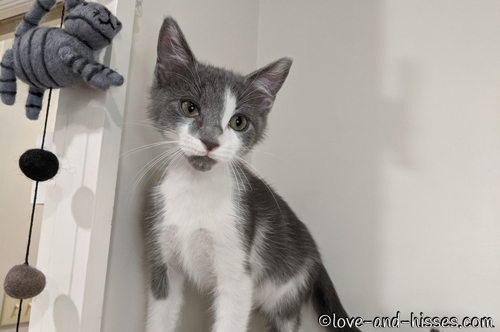 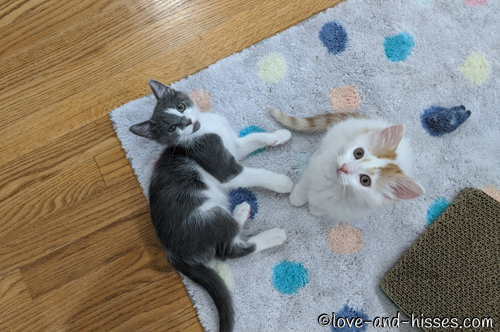 Bugs and Clyde, keeping an eye on me. 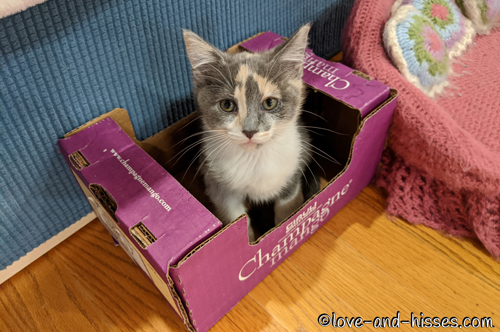 Lola’s watching me from her favorite box. 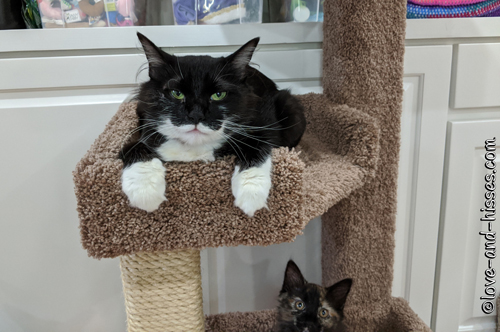 “Yeah, I know she’s down there. The milk bar is closed right now.” 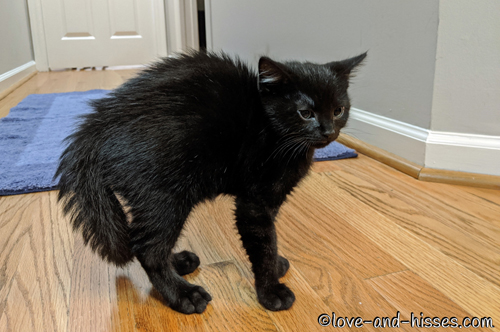 Another floofy Benjamin shot from the other night. 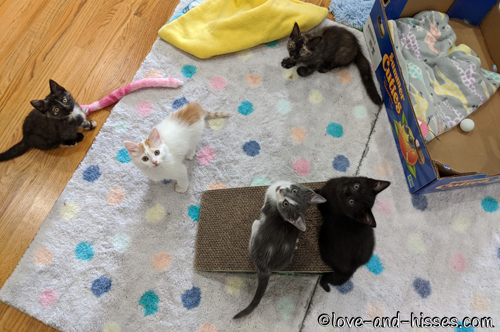 Everyone but Lola and Bunny, present and accounted for. (Bunny and Lola were elsewhere together. I think there might have been a milk bar moment.) 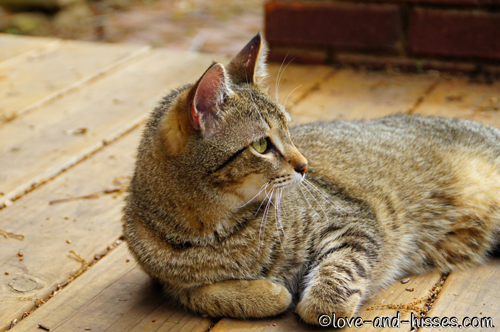 Dewey, clearly unaware that I was taking his picture. SUCH a pretty boy.