On Facebook there’s a current meme where people post their very first profile picture next to their most current one, the idea being to see how “well” you’ve aged.

Spoiler: everyone looks one million percent better in their current pictures because: filters. Also: technology. Did selfies even exist 10 years ago?

So for today and tomorrow, I’m going to share one of the first pictures I took of each permanent resident next to a very recent picture of them. Then I’ll also share a random favorite picture, because why not? The very first Frankie picture (the end of January 2017), and a picture from a few days ago. This is exactly what those Facebook memes look like, by the way. The pictures from 10 years ago are a blurred, grainy mess and the pictures from today are crisp, clear, sharp, and everyone looks awesome. Very first Dewey pic (the end of November, 2016), and from a few weeks ago. Back then, he was skeered of me. Now, he’s just annoyed by me. Random favorite. This may be my favorite Dewey picture. First Archie pic, from December 2014, when Fred was still trying to convince him that people aren’t so bad (I don’t think it took long for Archie to agree), and from a few days ago. 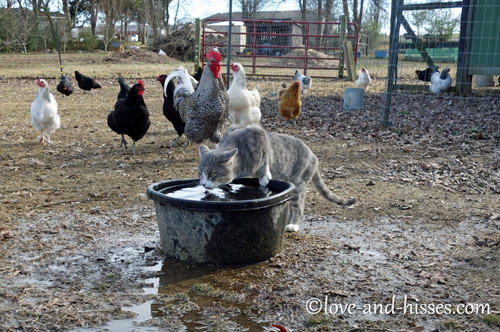 Poor scared feral Alice (early December 2011), and Alice judging me, from a few days ago.