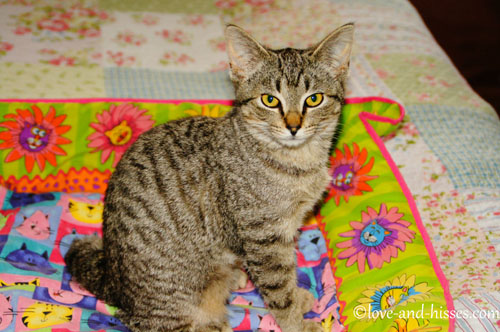 Bitsy Beans, hanging out in the cat bed on my bed, and giving me attitude. 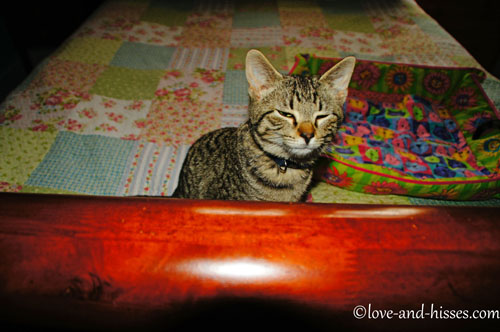 Barney looks very pleased with himself, doesn’t he? 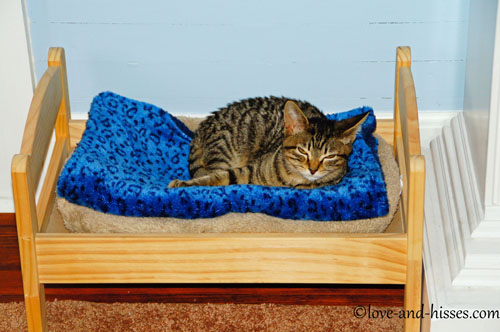 The doll bed in my room. I think it’s safe to say that Baby Beans enjoys curling up in warm spots (that’s one of those self-heating beds he’s laying on.) 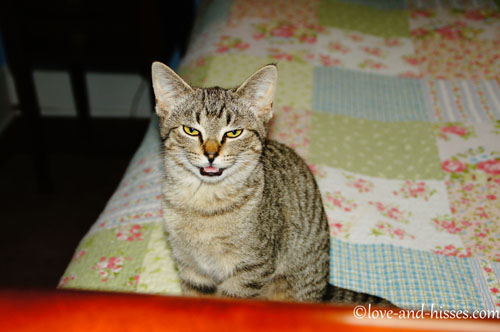 Bitsy’s always got something to say. 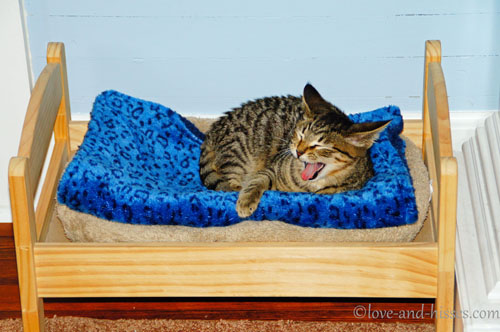 Baby Beans sings the blues ’cause he’s got such a rough, rough life. 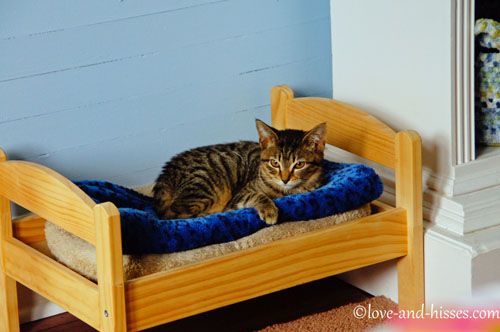 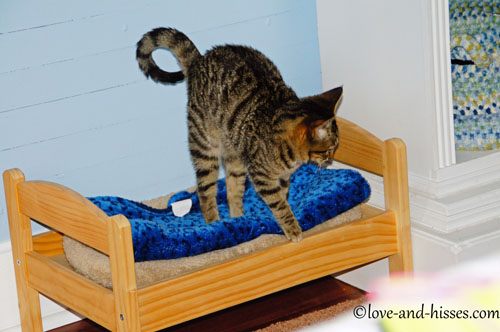 I love it when they stretch and their tails curl under like that. 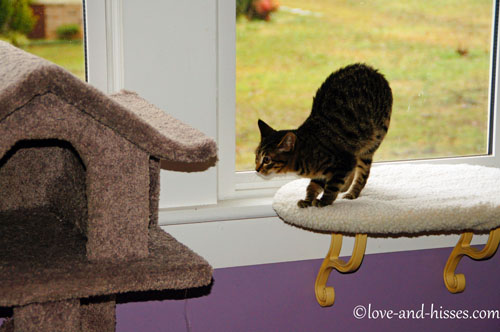 That’s the window shelf Miz Poo and Tommy like to hang out on; apparently it meets King Baby Beans’s approval as well. 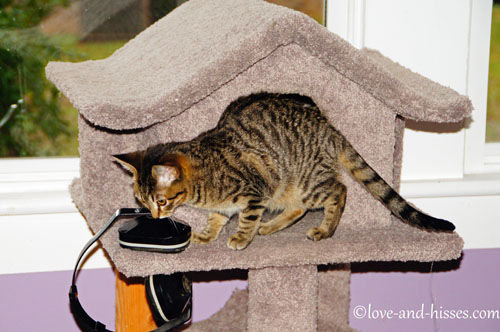 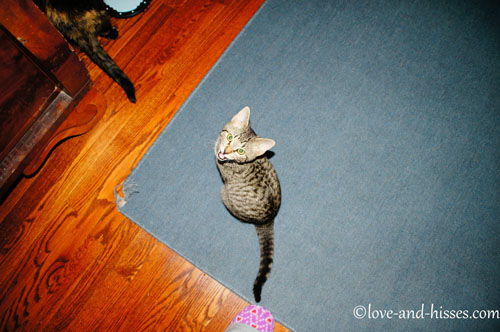 “I HAZ A COMPLAINT AND MY COMPLAINT IS THAT YOU ARE NOT PETTIN’ ME.” 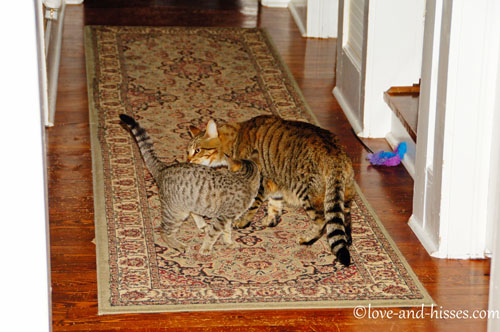 Bitsy, watching Corbie sniff her behind. In the next instant, she hissed at him, and he was like “I don’t need to take that from YOU!” and stomped off.

The Beans do seem to be mellowing, though. Yesterday, Barney was laying on a cat bed on my desk. Corbie came up next to him, and they sniffed each other, then Barney licked Corbie on top of the head a few times. Naturally I didn’t grab my camera fast enough to catch it, but I suspect (hope!) there’ll be more opportunities in the future.

I was poking around on my hard drive yesterday, and discovered a folder from last April with a couple of videos of Corbie (which I’ll share on Friday), and a couple of videos of the kittens (and mama cat) in residence at that time. Emmy and the Noms! Not much in the way of action, but OH the cute (that’s Newbery licking water off his paw at the beginning.) 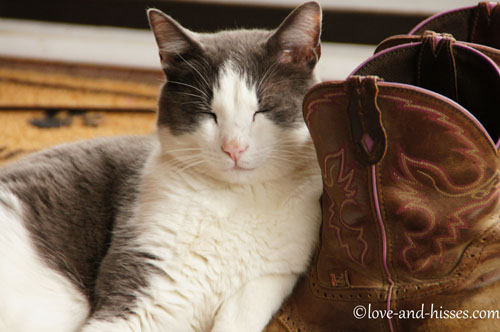 Smilin’ Joe sure does love some dirty boots to snuggle up to.