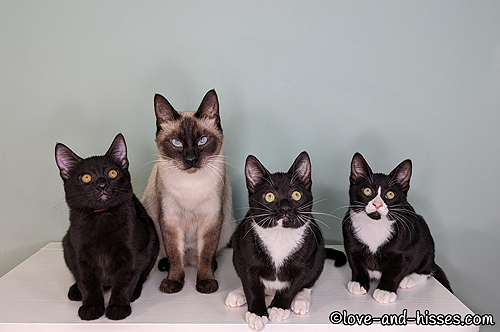 Family portrait (left to right: Francesca, Kim Wexler, Nacho, Saul.) I love Kim’s serious face. She’s over my tomfoolery and wants me to get over there with the Churu, and make it snappy. 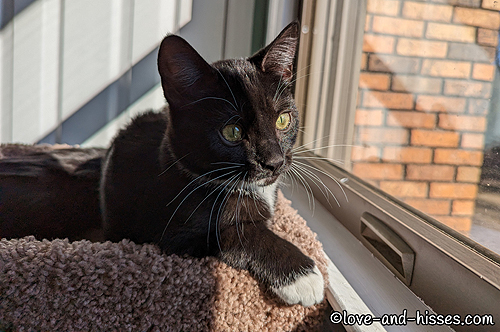 Nacho in the sun, havin’ a think. 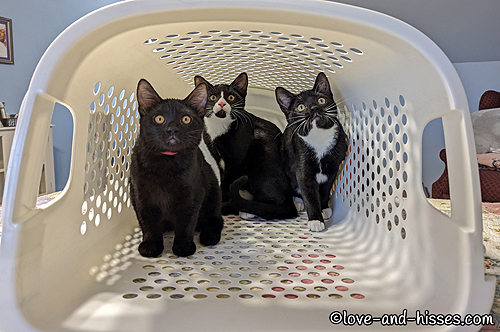 The kittens are all “Laundry’s done, lady!” 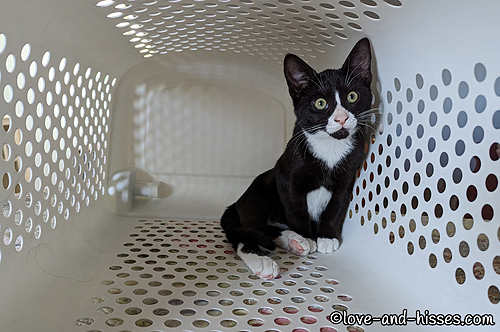 Saul wonders, “You got more socks for me to fold?” 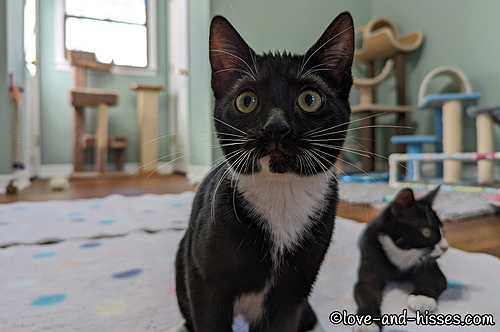 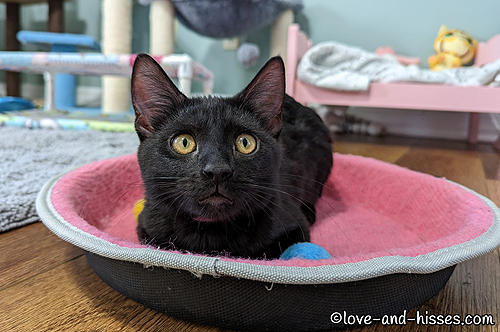 It’s a Francesca pie. We should have had THAT for Thanksgiving. 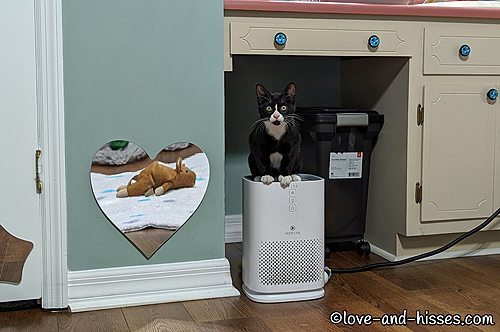 Saul hanging out on top of the air purifier. (Getting air purifiers with the controls on the front rather than the top continues to be one of my smarter moves.) 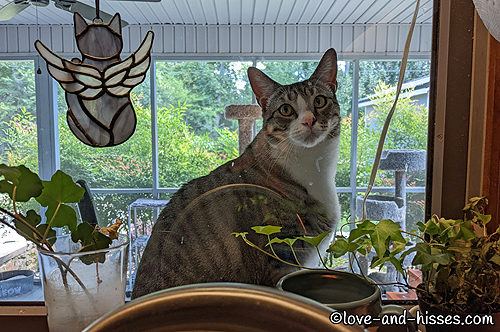 Through the kitchen window. (I’m in the kitchen, at the sink. Charlie’s on the other side of the window, in the screened porch. He and Archie like to jump up there every now and then to keep an eye on me.)

YouTube link
Takin’ a nap with the kittens (what? It’s the day after Thanksgiving, it’s made for nappin’!) and messing with Nacho’s toes. She does not appreciate that. 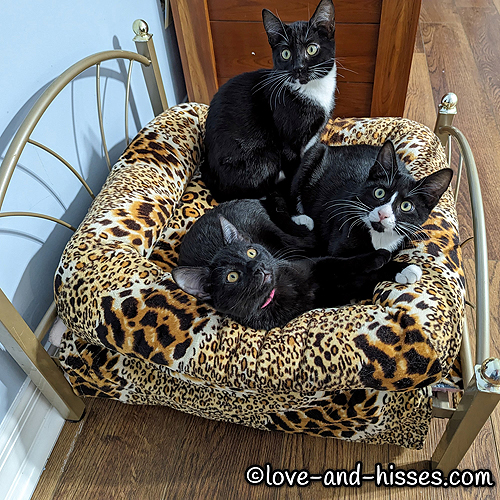 Good night innernets. (From top to bottom of the picture: Nacho, Saul and Francesca) 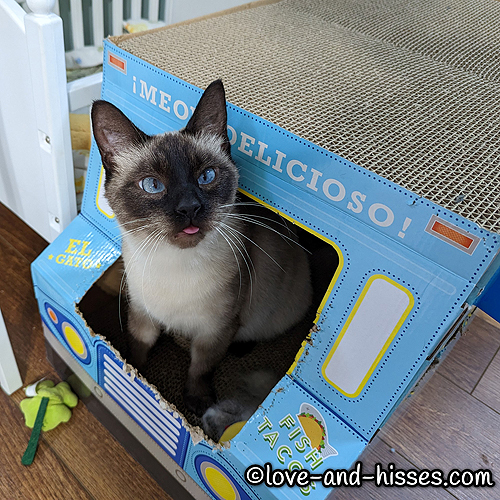 It’s Small Business Saturday, and what business is smaller than this one-woman operation (because you just can’t count on those darn kids to help)? Come get your fish tacos! 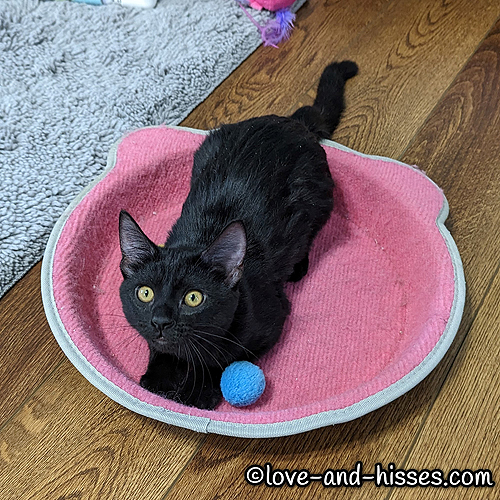 YouTube link
I’ll never stop being amazed at how high Francesca and Nacho can jump when they want to. 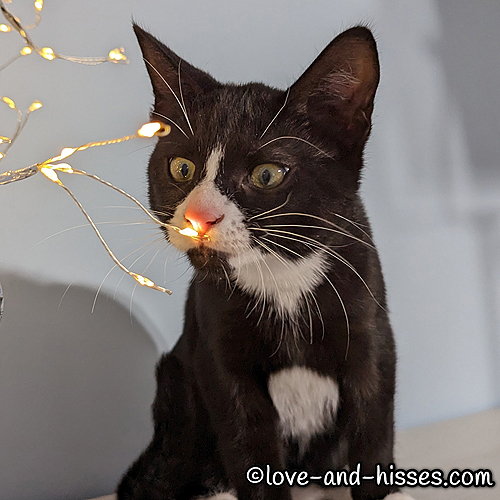 Saul appears to be a big fan of lights. (And he didn’t even try to bite it!)

YouTube link
Rocco (the black and white cat) is a cat who belongs to someone in our neighborhood. He and his sister/friend Trixie have taken up residence on our front porch. We feed them, we spayed/neutered them, and we keep an eye on them, but I don’t consider them permanent residence (let me live in my denial, wouldya?) Rocco is very flirty with Charlie, but Charlie isn’t sure he cares for the cut of Rocco’s jib. 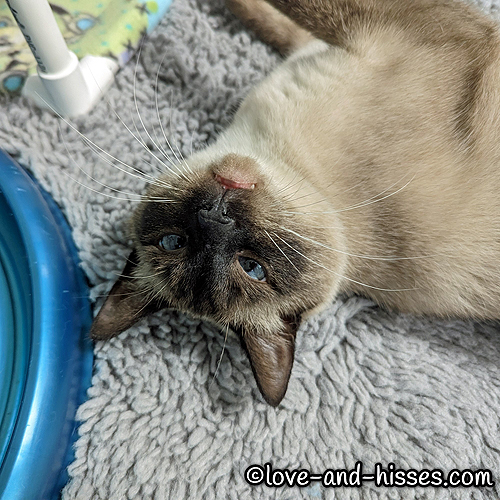 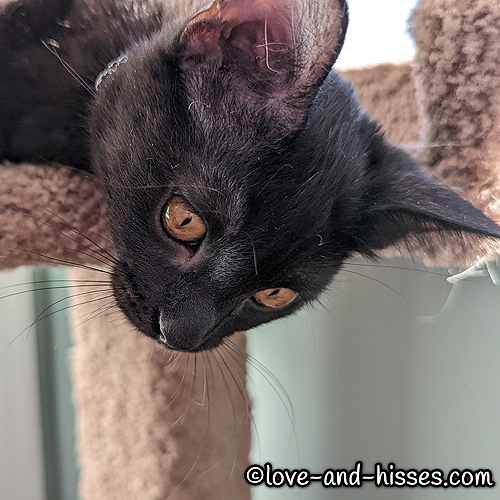 Francesca has such PRETTY eyes. 👀 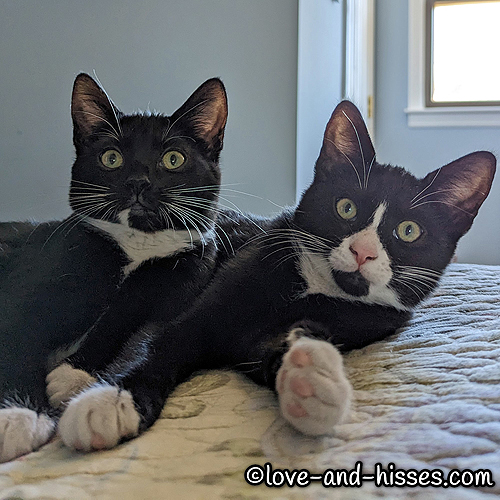 The tuxies (Nacho, left, and Saul) are wondering if it’s nap time yet.

YouTube link
Yes, the kittens – who are 4 months old today, as a matter of fact – still try to nurse. Kim will allow them to nurse for very short periods of time if she’s feeling nice (I don’t think she’s producing milk anymore, they’re just comfort nursing at this point), but when she’s not in the mood for their nonsense, she lets them know! 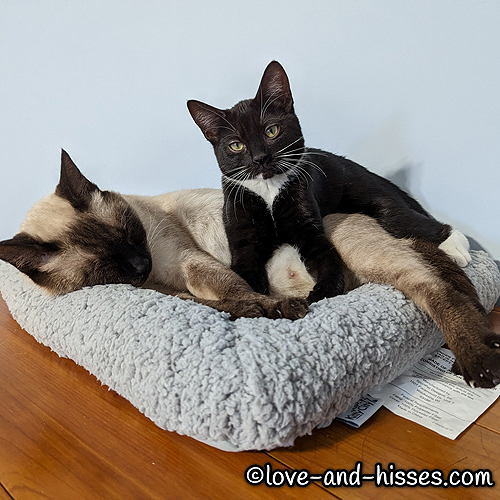