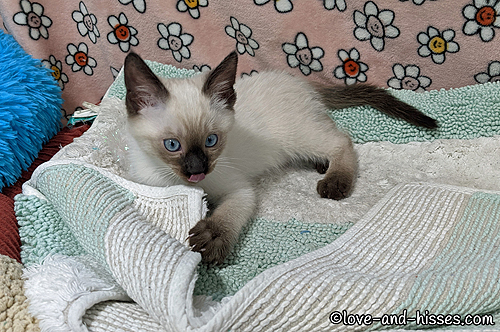 I don’t know what it is about that mat, but the kittens (Lalo here) LOVE to kick it, bite it, and lick it. 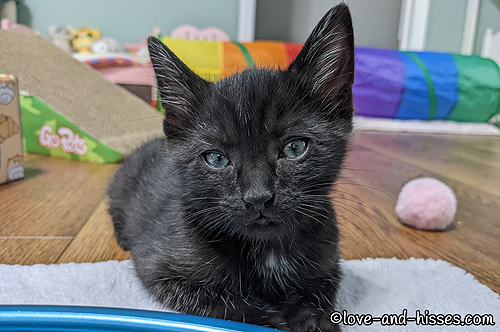 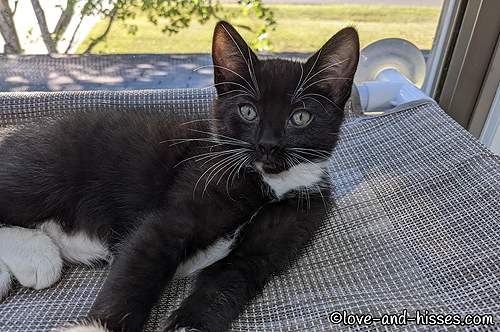 Nacho in the window hammock. 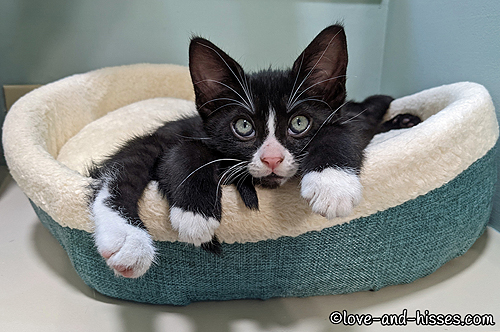 I just love this ridiculous boy – Saul – with his crazy eyes and long legs and big ol’ feet. 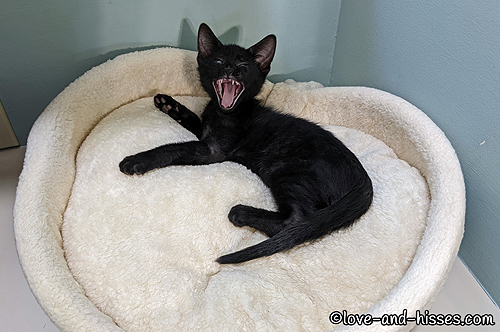 Gus seems very pleased with himself. 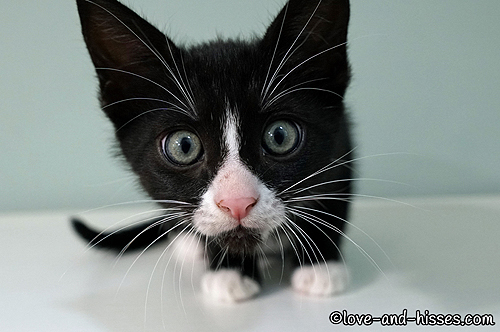 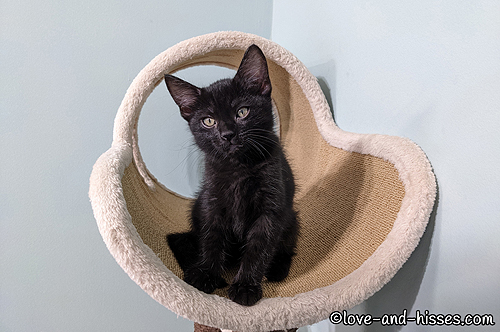 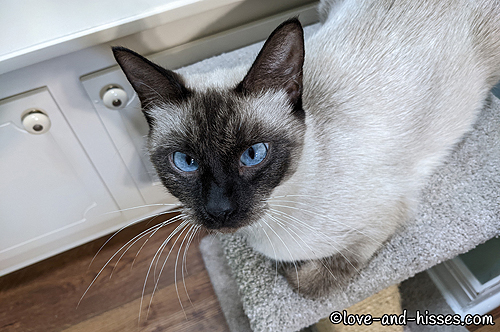 Kim is such a gorgeous girl. 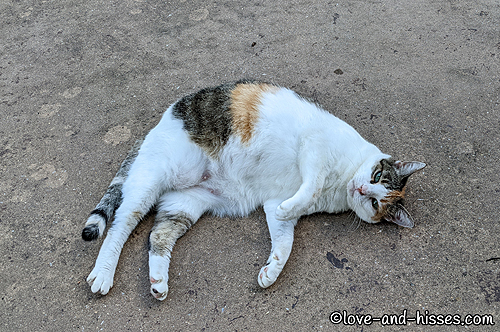 Alice Mo rolls around on the warm cement. 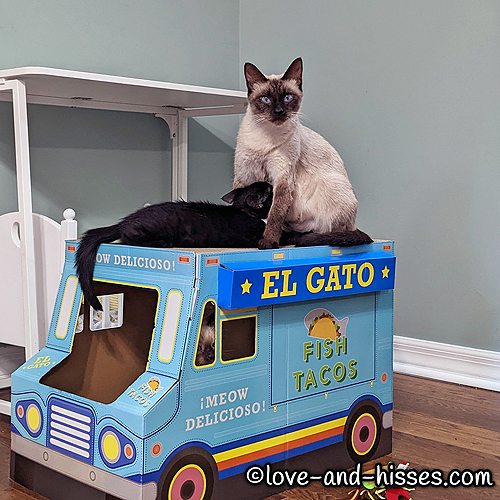 The Fish Taco truck proprietor and her employee (Saul) will be with you once milk break is over. 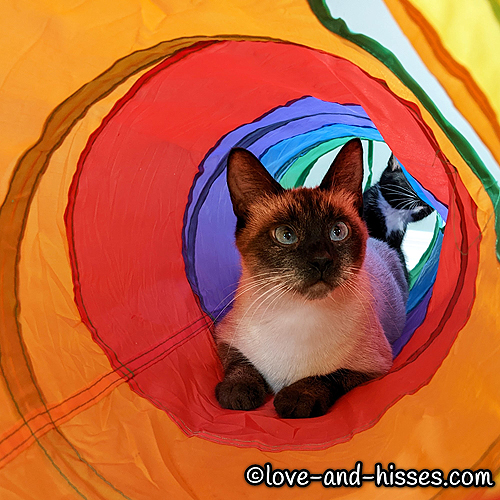 Mama gets some Tunnel Time (while Nacho waits impatiently behind her.) 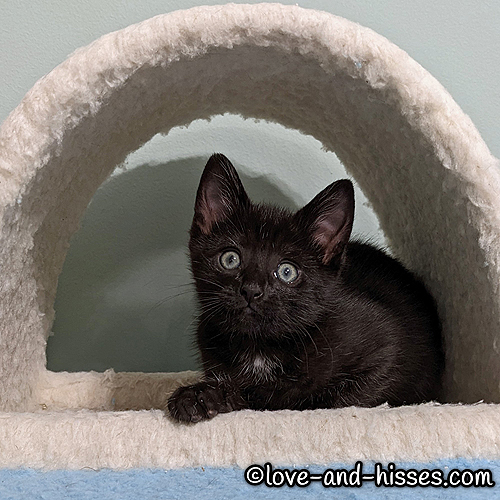 Mike is havin’ a think.

YouTube link
3 minutes of kittens playing. I swear, I’d love to have 1/10th of their energy. 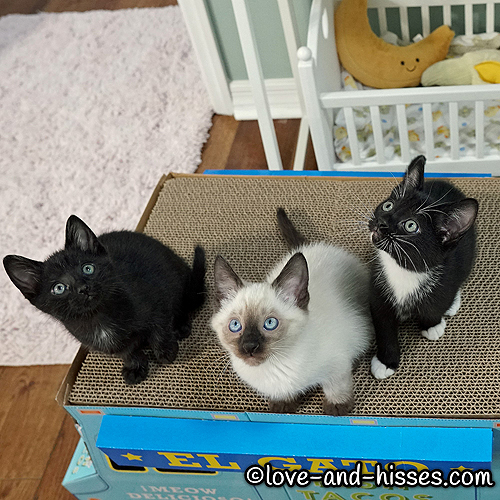 Another break for the taco truck crew. (Mike, Lalo and Nacho) 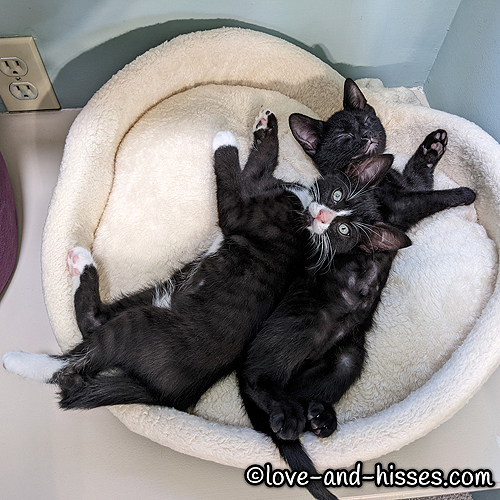