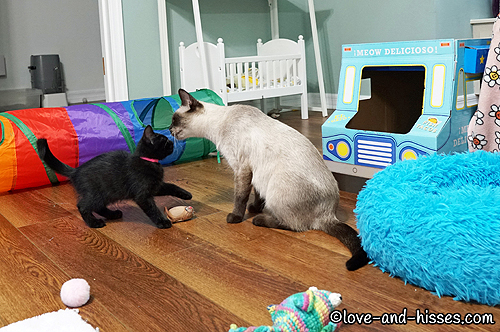 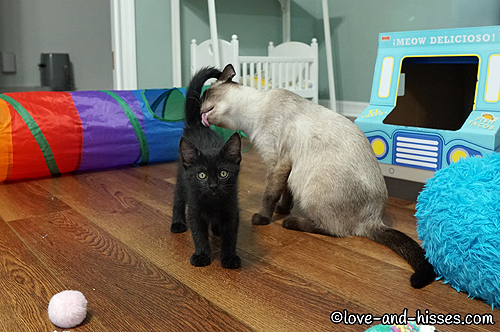 Francesca’s face is killing me. “I guess if Mama says I need a bath, I get a bath whether I want one or not!” 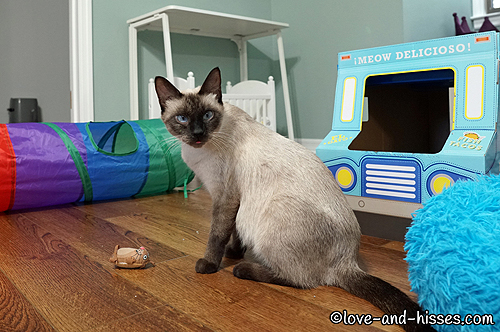 Then Francesca moved along, and Kim said “I’m not sure she’s clean enough, but I’m not chasing her down.” 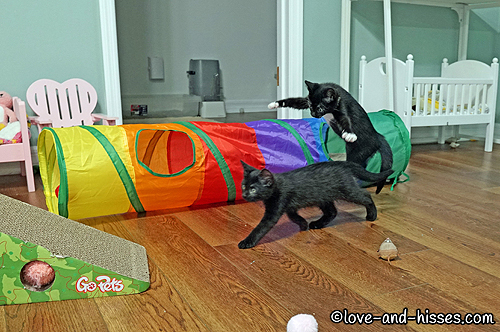 I wish this picture was clearer, but Nacho mid-leap coming for an unsuspecting Gus is just KILLING me. 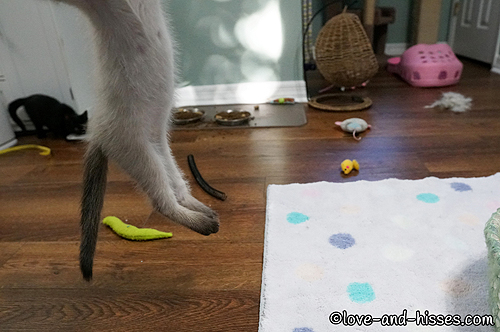 And I kind of wish I’d gotten all of Lalo’s body in this mid-leap picture, but the fact that I didn’t almost makes the picture better. 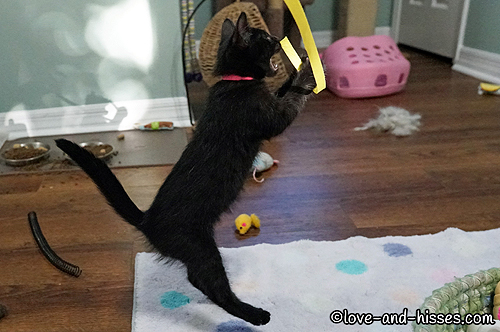 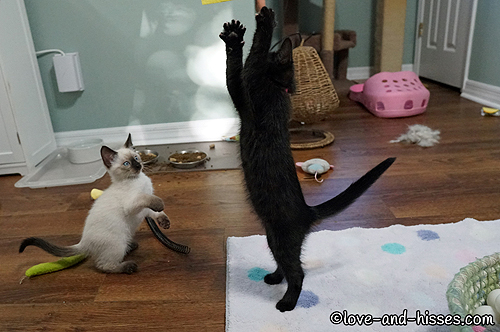 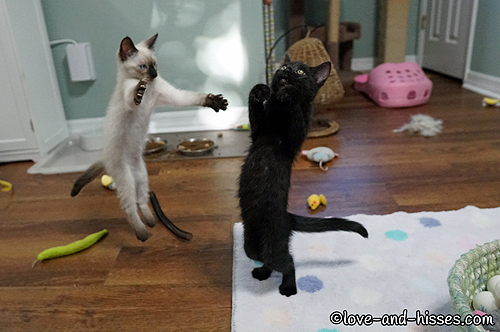 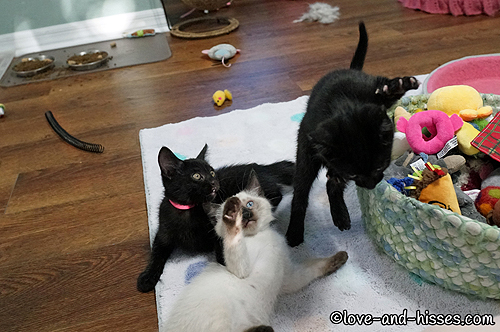 And then along came Mike to contribute to the chaos. 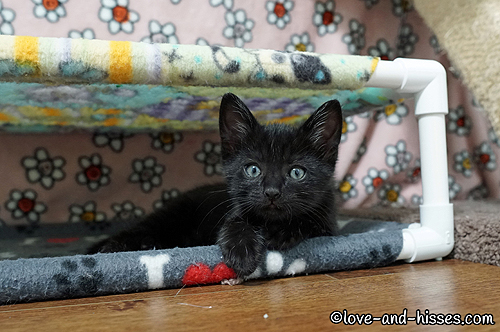 “I do enjoy some chaos,” admits Mike. 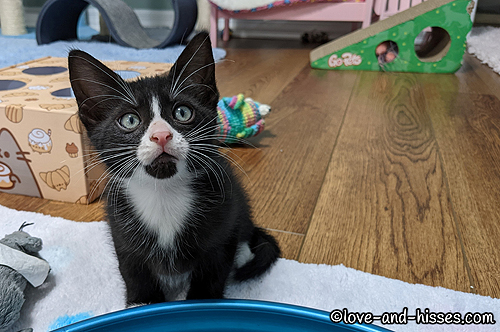 Meanwhile, Saul stayed far away from the craziness.

In case you missed it on social media (you can see the picture below in the social media section), we are ADOPTION PENDING on Lalo and Gus, together. The family who adopted Angus (now Obi) and Ian (Luke, who passed away at the end of August from FIP) came to meet the kittens on Thursday. They were interested in adopting a kitten for Obi to play with, but the next morning let me know that they were interested in both Lalo and Gus. Both boys are total chill charmers and there aren’t really any bonded pairs in this litter, so I think that’s a good pairing. Their neuter surgery isn’t scheduled yet, but will hopefully happen in late October.

This leaves Kim and Francesca, Mike, Saul and Nacho still available (though as I mentioned, the kittens haven’t been spayed/neutered yet and won’t ’til late October, so we’ve got time yet.) 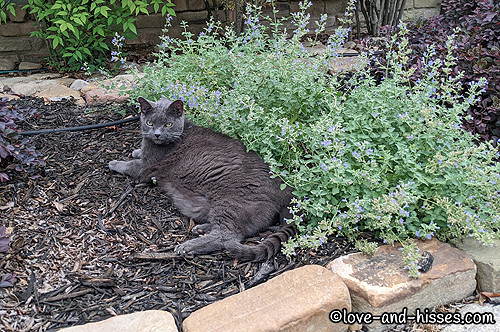 Jake in the back flower bed, next to the catmint. None of the cats are particularly interested in the catmint, but it grows well, looks good, and every time I think about cutting it back, I see that there are bees all over it. Since we love our pollinators (and as far as I’m concerned the catmint can take over that entire bed if it so desires), I’ll let it go for now. 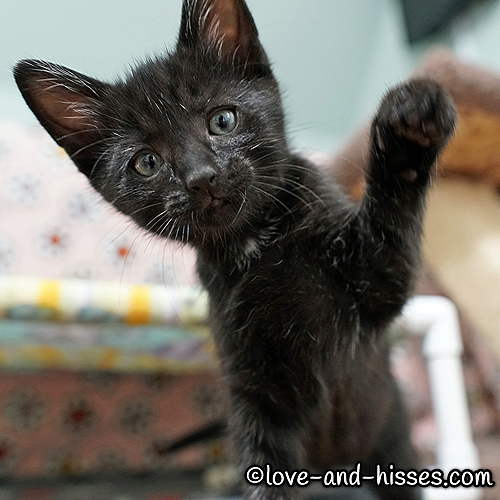 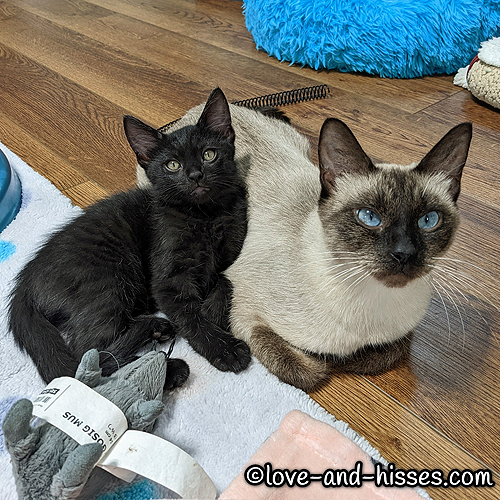 A Francesca and her Mama.

YouTube link
Playing in, on, and around the Fruittasan. (Note: I got the Fruittasan from Pier1 several years ago. They no longer carry it, but you can often find something similar at Home Goods or TJ Maxx.)

YouTube link
The kittens like that track toy (but they’re not so sure about it when I get the balls spinning wildly!) 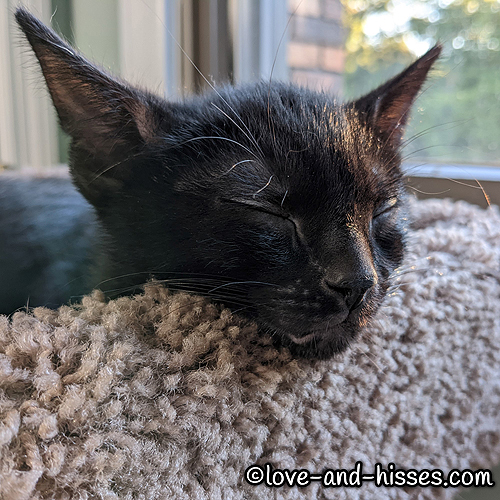 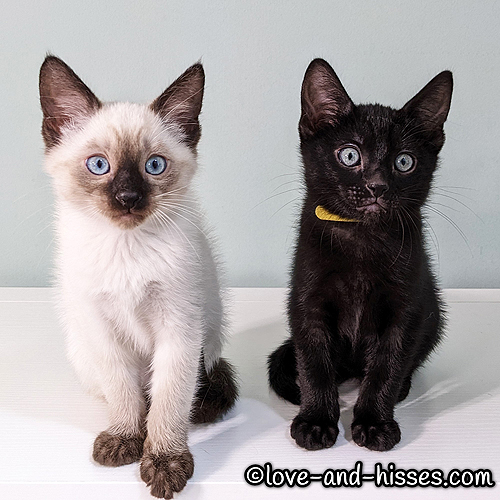 Just a heads up: we are ADOPTION PENDING on Lalo and Gustavo, TOGETHER. Don’t start saying your goodbyes just yet, though – they’ll be with us for probably another month; they still have to be neutered (which will hopefully happen late October), so we still get to enjoy them for a while longer. When they go home, they will be joining former foster Obi (who was Angus when he was with us.) ❤️⁠
⁠
Mama Kim Wexler, Francesca (girl), Nacho (girl), Mike (boy) and Saul (boy) are not spoken for yet. (If you’re interested, you can email info (at) ffhsv.org to inquire. Kim has been spayed and is pretty much ready to go; the kittens won’t be spayed/neutered until late October or so.)

YouTube link
Francesca’s showing that bed (and her brother) who the boss is! 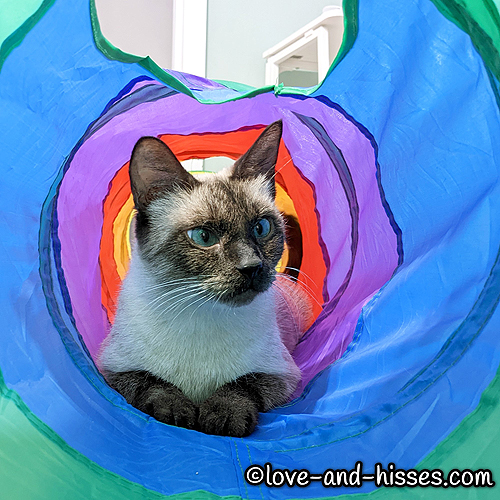 I don’t know what it is about that tunnel, but Kim REALLY enjoys just hanging out in there. I suppose the fact that kittens can’t come in and nurse is part of the appeal.

YouTube link
Mike and Nacho at the milk bar, and everyone else is out cold, sound asleep. Awww.⁠
⁠
Note: The kittens are 9 weeks old, and yes they are eating just fine on their own. They will take the opportunity to comfort nurse whenever mama allows it. (She has been spayed.) 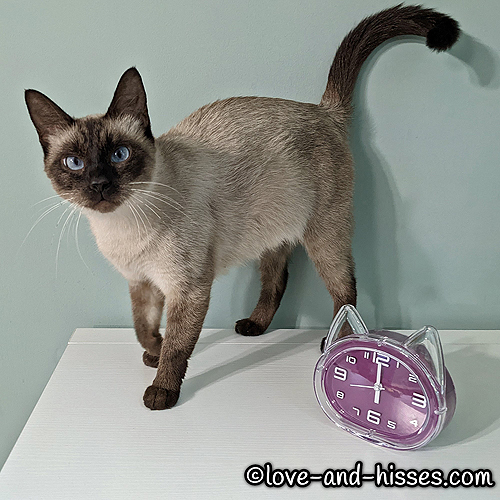 Kim would like to remind you that the Forgotten Felines online auction ends in ONE HOUR. If you haven’t bid before now, better get moving! (The auction has ended, but Kim’s so cute I had to share this picture here.) 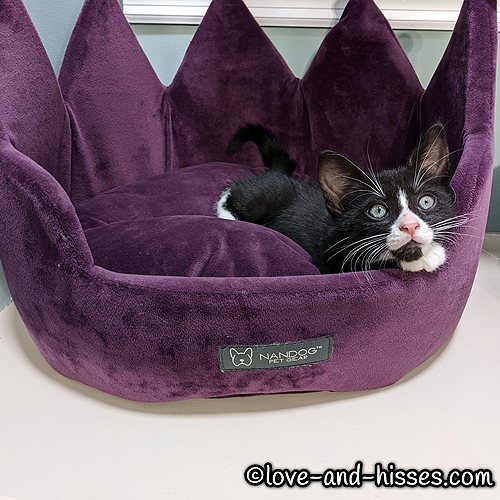 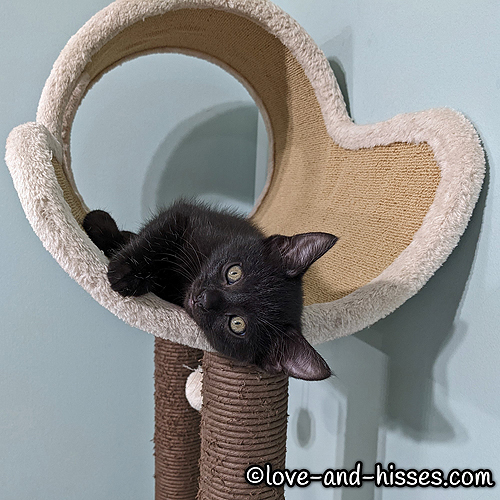 We’re having a lazy morning here in the kitten room. (Francesca)

YouTube link
By request: Nacho’s leap in slow motion. The girl can FLY! 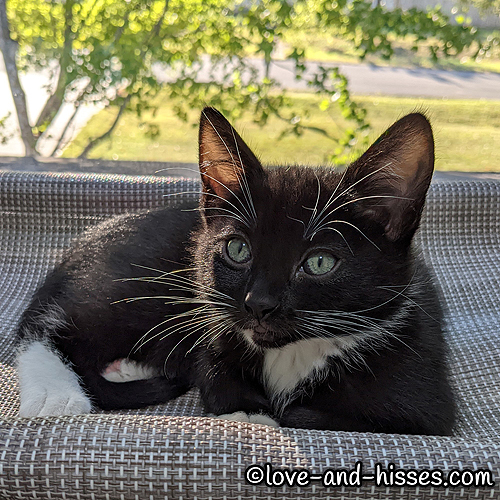 Nacho in the sun, showing off those pretty white whiskers and gorgeous green eyes. ❤️

YouTube link
Tossing toys for kittens, and watching them play. (Francesca will bunny-kick anything, I swear.) 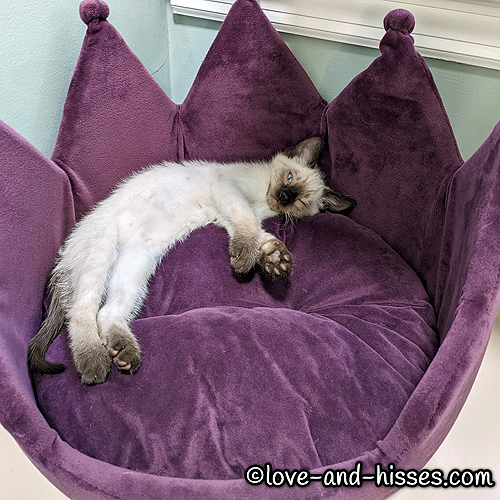