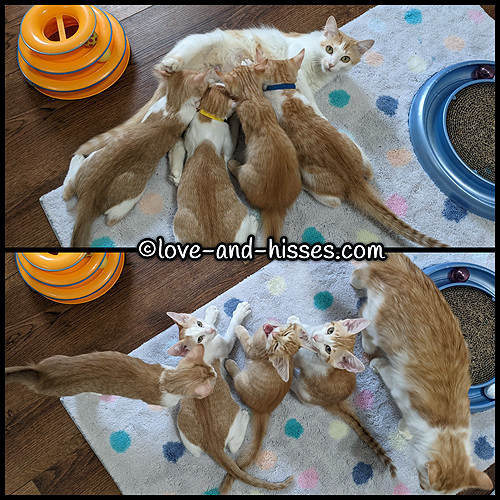 To answer the oft-asked question: yes, Molly Marinara is still allowing the kittens to nurse. Not very often, and not very long… and if I walk over to take her picture, she’d much rather come over to be petted than stay where she is. (Theo Pesto’s outraged face in that lower picture is KILLING ME.) 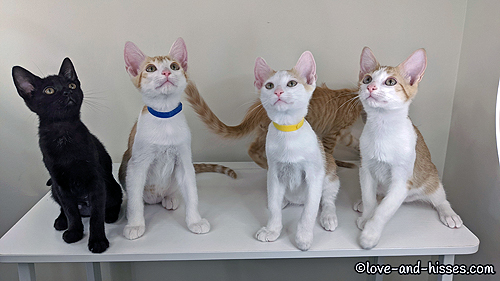 This would have been such a cute family portrait if Theo Pesto had stayed where he was, but noooo. Someone’s always gotta mess it up. Otherwise, from left we have: Sofia Soy Sauce, Alfie Alfredo, Christopher Chutney and Franco Fondue.

YouTube link
Almost 4 minutes of kittens (and mama) playing. Just what you need to kick off your week right! 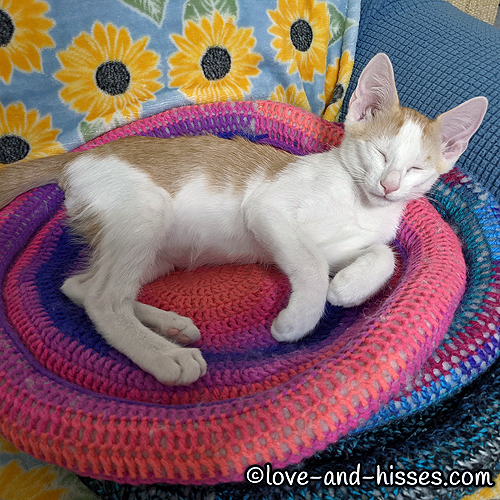