Do you end up paying the vet bills for the foster kitties, or does the shelter do it? I admire you for taking in the homeless, but man, that’s gotta get expensive after awhile.

The shelter pays the vet bills. Fred is a tolerant man, but if I approached him with the idea of not only bringing foster kittens into the house but also paying their vet bills, I suspect he’d have me committed.

Before any shelter cat is adopted out, it’s brought up to date on its shots, it’s spayed or neutered, and it has an ID chip implanted. In addition to that, it seems like 9/10s of all cats turned into the shelter have diarrhea and/ or goopy eyes, and so they need to be treated for that. The adoption fee for the cats is $100, and when I was at the pet store leaving Jake, Roland, and Eddie Dean (last week, before they developed diarrhea and had to come back here), a woman asked how much the adoption fee was. When I told her it was $100, she said “And what does that include?” I said “They’re spayed or neutered, up to date on their shots, and have an ID chip.” She looked at me as if to say “And what else?”, like she thought maybe there was a free year of cat food thrown in for that $100, and I wanted to snap “It includes the CAT, lady! You get a healthy cat who won’t birth you a litter of kittens and if it runs away and someone finds it, they’ll call you! What more do you want for $100?”, but I just smiled and went back to what I was doing.

The $100 adoption fee offsets the cost of all that, but oftentimes I think it probably doesn’t come close to covering the costs of getting the cat healthy. The shelter relies on donations from individuals and businesses to help cover it the rest of the way. 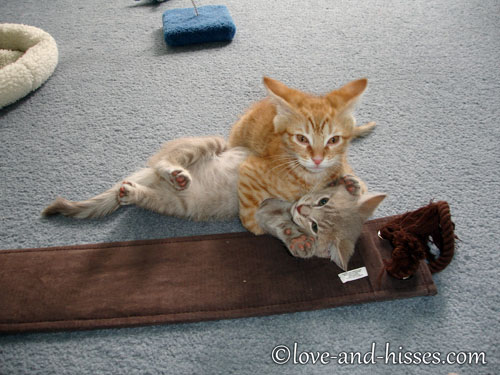 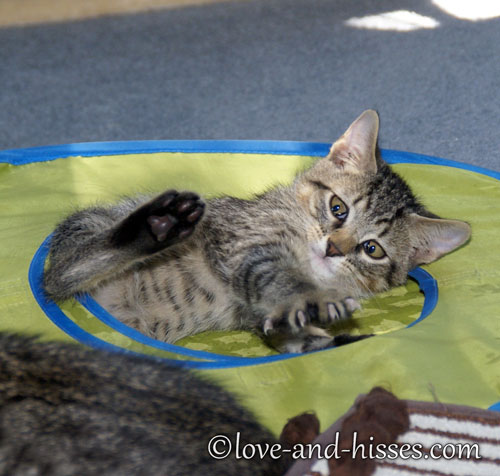 Jake’s got the crazy eyes going on. 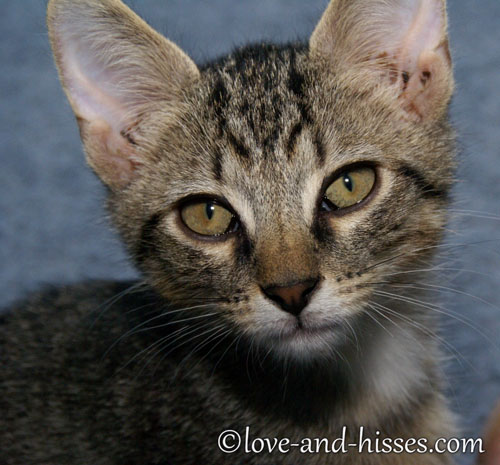 He’s a total sweetheart (when he’s not biting my toes, that is). 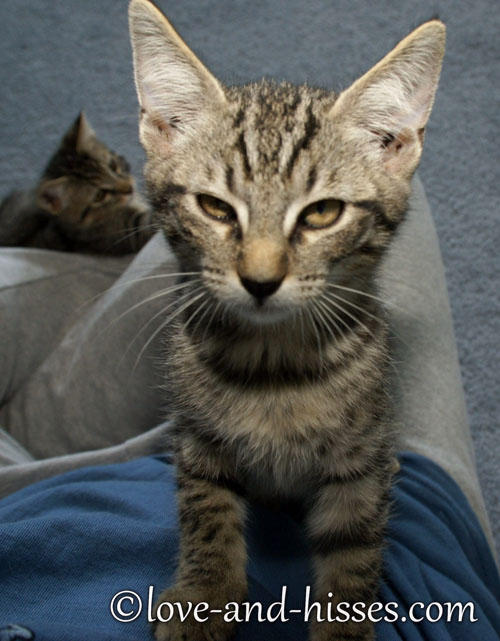 Trying his paws at mind control. I… want… to… give… him… snacks… 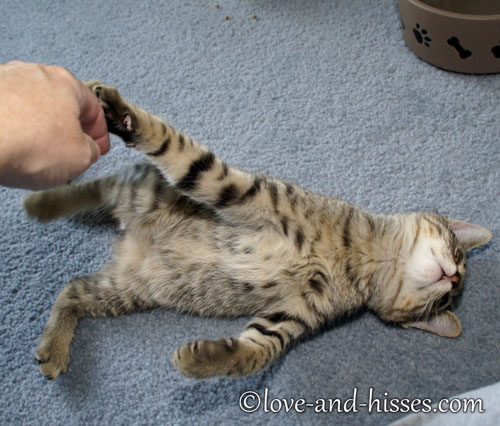 Again with the crazy orangutan arms. Did I get a defective bunch of kittens? 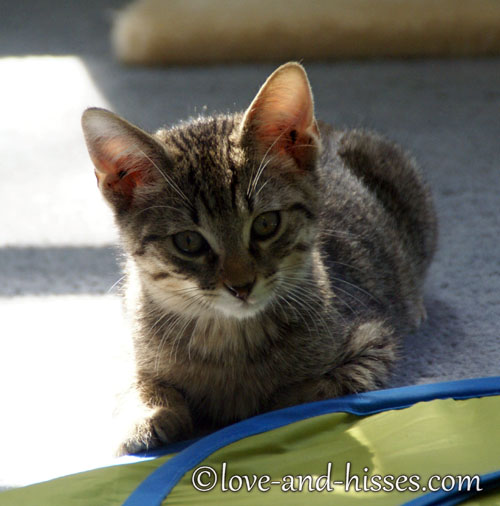 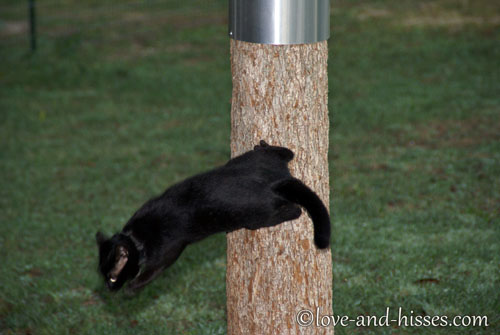 Tommy tries out his Matrix moves. 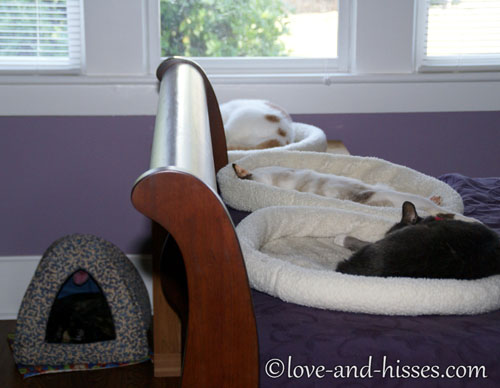 Four of the seven (nine).

Previously
2006: POOP IN THE LITTER BOX!
2005: So for the rest of their stay at Casa And3rson, Sad Eyes is going to become Sugarbutt, Little Cal is becoming Callie, and Barrett is becoming Bear, because he looks like a little bear. Smitty’s going to remain Smitty, ’cause that’s a pretty good name.