So, the brown tabbies – Roland, Eddie Dean, Jake – were supposed to go to the pet store on Friday. Friday morning I decided that there was no way they were going because they all had diarrhea. It had improved a few days after I picked them up on Saturday, then got worse. I let the shelter manager know they wouldn’t be going to the pet store, then called the vet to see if I could get an appointment. The woman I spoke to suggested that I just bring a fecal sample in rather than having to cart all the kittens up there, so I headed up to the kitten room with a snack (to stimulate their bowels, hopefully), and a disposable Ziploc container.

The snack worked quite well, and I scooped (gag) up a sample, put it in the bowl, and headed downstairs. Which is when the phone rang OF COURSE with Fred telling me that the guy who was scheduled to service our air conditioner unit had had a cancellation and was on the way.

I ended up tossing the fecal sample in the trash, fuming, because the lady at the vet’s office had said that it needed to be from within the hour, and it’s a half-hour drive to the office.

I headed up to the kitten room again, with another snack, another disposable ziploc container, and this time I had a spoon to hopefully catch the sample in, rather than having to scoop it up with the litter scoop.

After the kittens finished their second snack of the day (and it not even 11:00 yet), I sat and cuddled with them, then started putting them in the litter box, hoping one of them would think “Huh. Litter box. Yeah, I suppose I could go.” Roland and Eddie Dean looked at me like “What did we do wrong? Why are you making us come in here? Why do you hate us, lady?”, but Jake gave me a considering look and then began to squat.

And that spoon came in very handy in that it caught what I needed before it hit the litter, and I dropped it into the container, went downstairs, threw that spoon away (seriously, you thought I was going to keep it?), and headed for the vet.

Whereupon I discovered that the three boys have giardia and too much of the bad bacteria in their little systems. I got some FortiFlora from the vet, stopped by the shelter to pick up some metronidazole for the kittens, and came home.

So the boys will be here for another week or so, hopefully recovering from giardia, and I have to say, I’m not sad to see them staying for a little while. They’re awfully sweet. 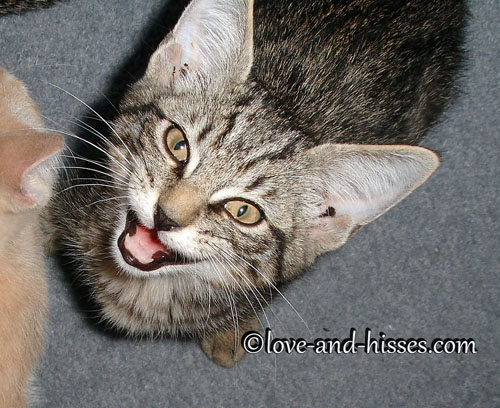 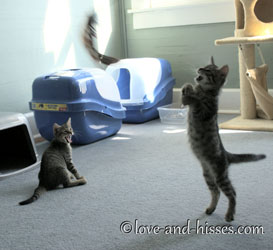 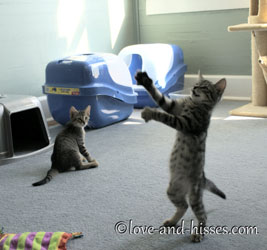 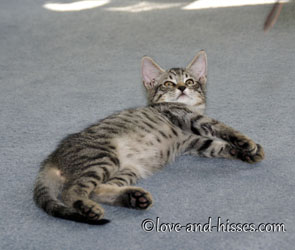 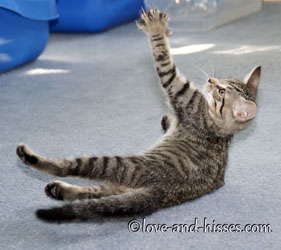 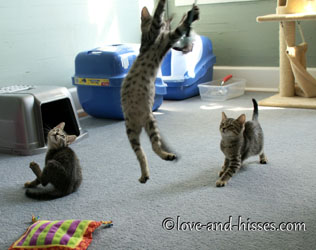 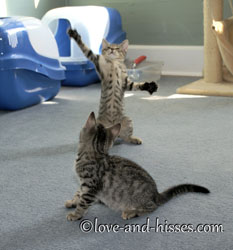 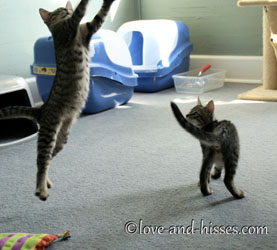 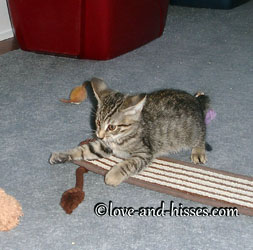 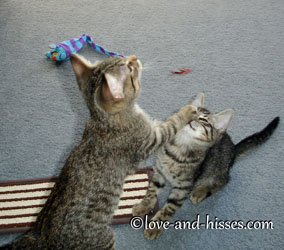 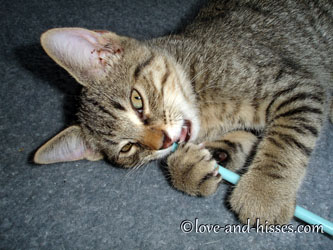 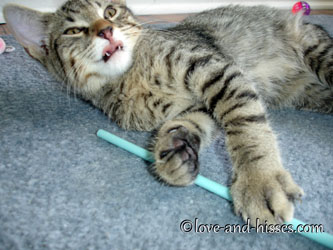 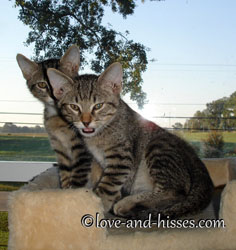 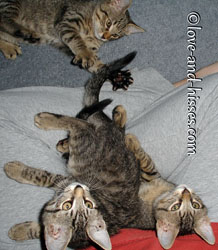 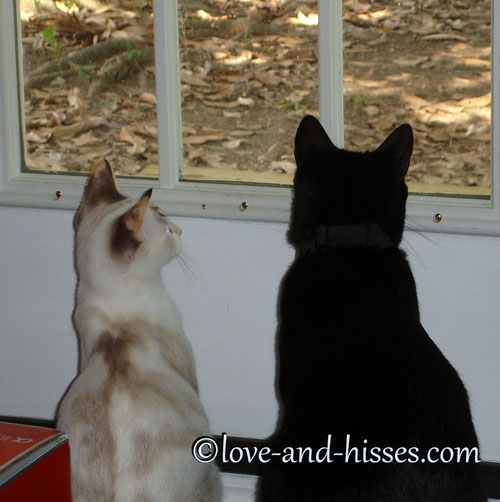