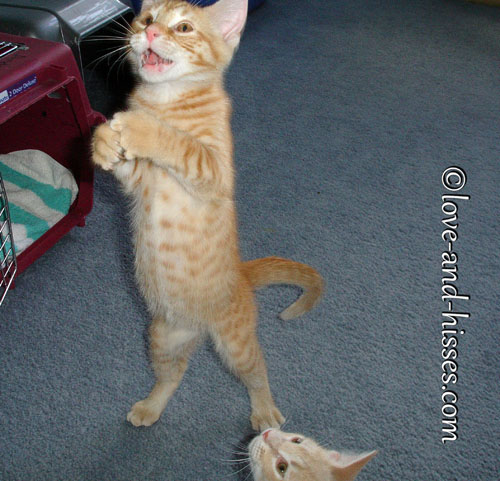 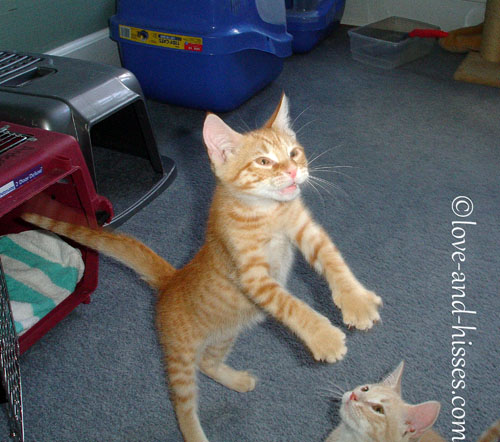 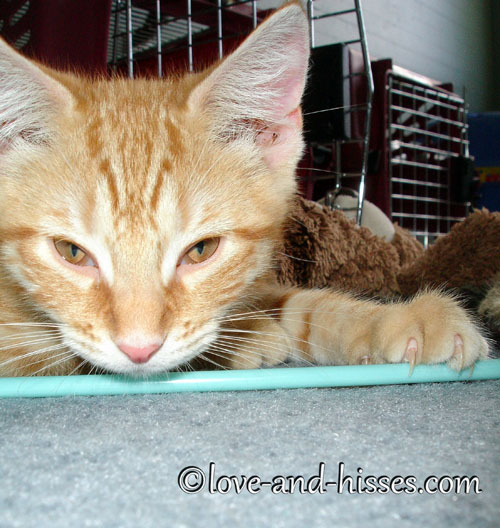 At the pet store yesterday morning, I noticed that Billy Bumbler and Susannah had diarrhea. Since they’d been around the brown tabbies so much before they went to the pet store, I figured that chances were really good that they were struggling with giardia, too. Also, Billy’s eyes seemed to be getting red again, so he probably needed more eye ointment.

I called the shelter manager (who is suffering from shingles, poor woman!) and let her know I was bringing them home, then boxed them up and did so.

So far the brown tabbies seem to be accepting them, except for Roland, who keeps hissing at them. I imagine he’ll get over that in a few days.

As soon as I got home, I started Susannah and Billy on metronidazole. If nothing else, I’m learning how to pill a cat on my own instead of having to wait ’til I have help. Don’t get me wrong – it’s easier with another person to hold the kitten, but if I have to, I can do it on my own. With these sweet little kittens, anyway. I have a feeling that I’d have more trouble with a more feral kitten (HELLEW, Stinkerbelle).

With these two kittens and the three brown tabbies, it’s like a circus up in that room right now. They’re all just brimming over with energy, and if you’re in the front room you can hear them racing around up there. I’m not sure they ever sleep. 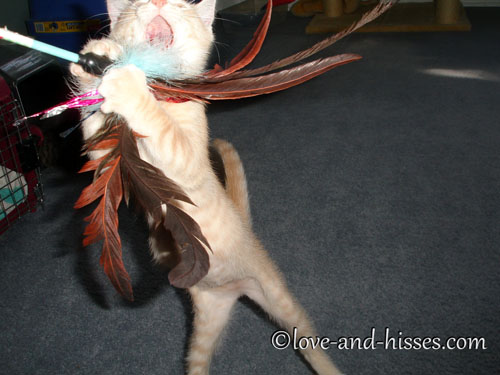 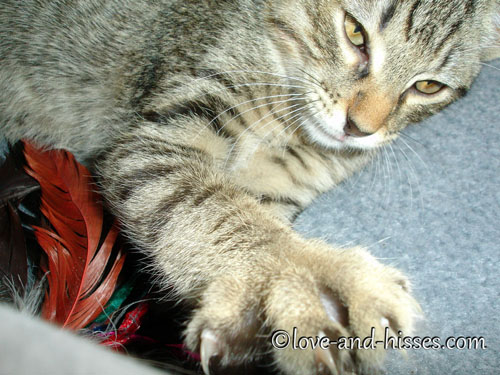 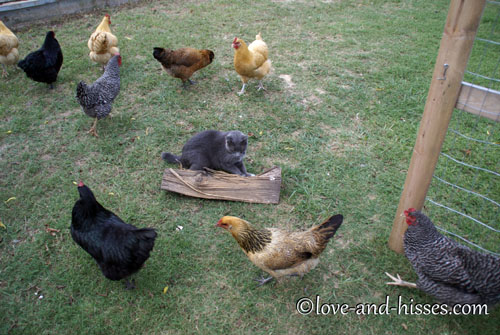 “I ain’t skeered of you chickens.”

Previously
2006: She might have a ways to go in the brain department though – really, what can you expect from a one-month old? – because she’s not quite getting the whole “doorway” concept.
2005: No entry.