Back in 2013, we got a pregnant tortie, Lilybet, who was loaded with personality. 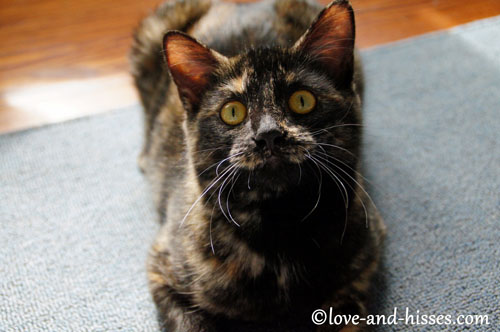 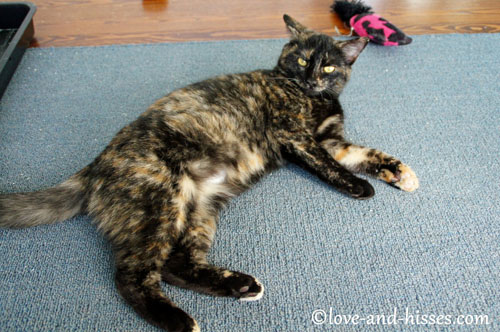 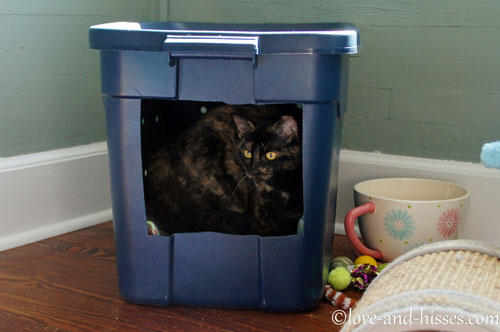 As it turned out, she wasn’t actually pregnant, the adorable little faker. So she was spayed and went off to Petsmart, where she was adopted pretty quickly.

Her name is now Artemis, and here she is today!

Chloe says: This year marks 8 years of friendship with Artemis (Lilybet) and she’s as spunky as ever! 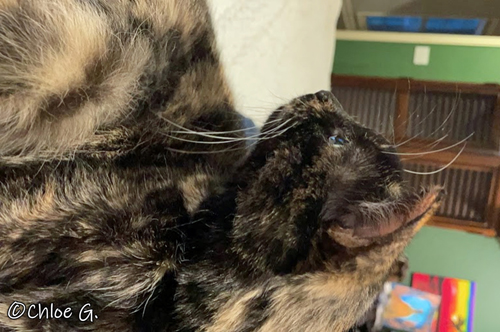 Here she is a couple of nights ago when that storm rolled in. She usually doesn’t care much about storms, but I think this one came in a little too fast for her taste and she was a bit concerned. Also, please note the fabulous whiskers and eyebrows. 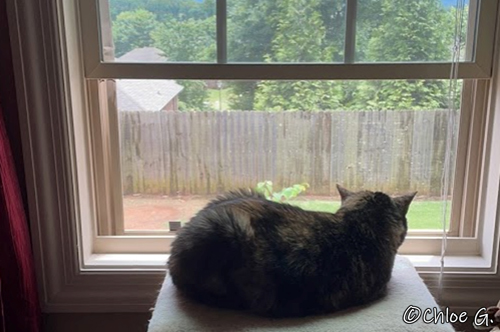 We’ve been working from home for over a year now (since March of 2020) and she is never too far away. Here she is at the window, 5ft away from where my computer is set up. She usually demands the window to be open and then loves to watch chipmunks, bunnies, and birds, or take a snooze there (it gets good sunbeams in the afternoon). 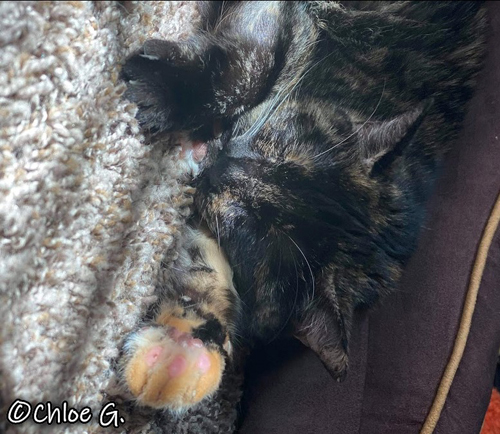 This is the room where my husband works, which gets good sunbeams in the morning! Note the little freckle in her pink toebean. 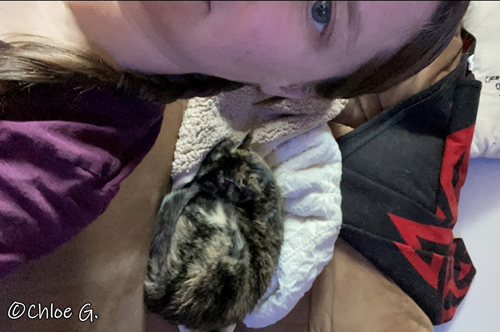 I was going to go sit down at my personal computer one night but she was in my chair so I decided to go watch TV instead. This is approximately 5 minutes later – she loves curling up on those blankets. 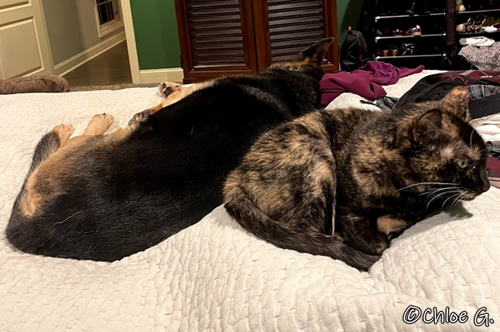 She and our German Shepherd, Hogan, get along surprisingly well. Sometimes he lays down a bit too close for her comfort (which is why she looks a bit uncomfortable there) but she doesn’t leave unless she thinks a dog is about to lay down on top of her!

I just love getting to see that gorgeous girl all these years after she was our foster! And I love that she clearly still is loaded with personality! (Thank you so much, Chloe!) 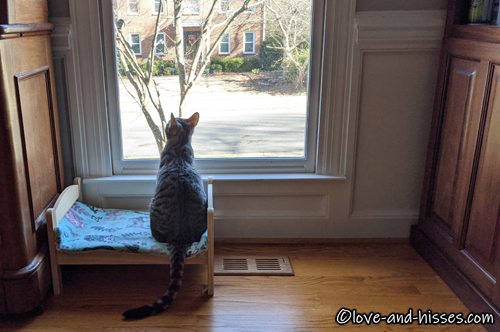 Charlie’s keeping an eye on the birds. 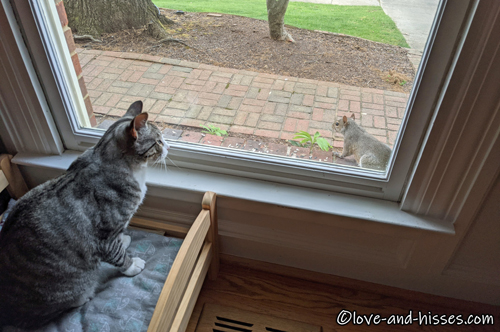