Here’s a question for y’all: say you’re laying on the couch minding your own business. Then a cat jumps up, and heads in your direction, but stops suddenly. He starts sniffing wildly at a certain spot. He sniffs and sniffs and sniffs. Then he does the cat version of a shrug, and continues along his way.

Do you get up and sniff where he was sniffing to see if you can figure out what he smelled?

Or is it just me? 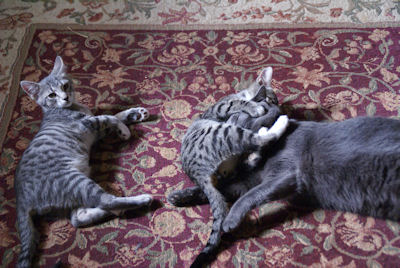 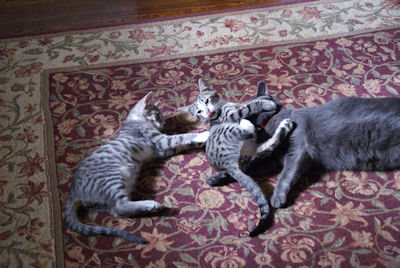 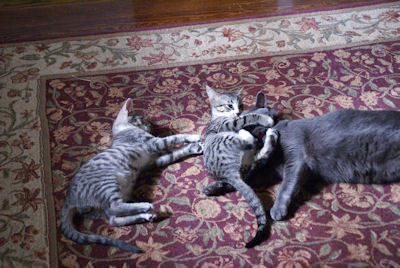 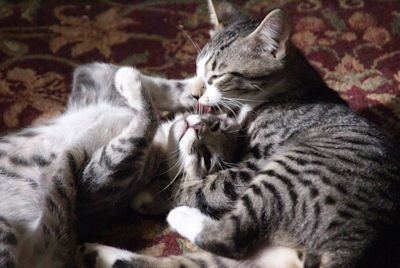 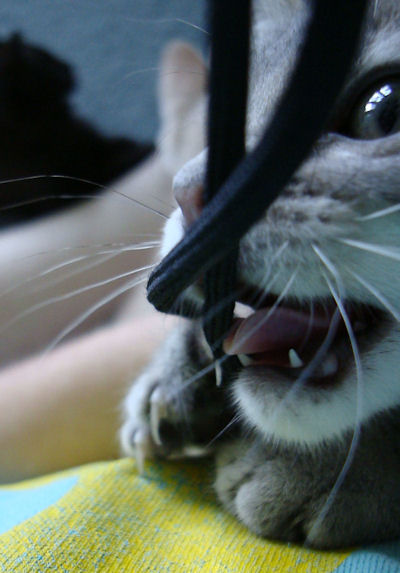 Sheila and the camera strap. 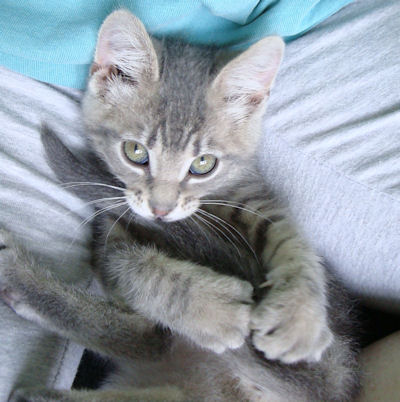 Sheila has finally captured the elusive tail! She can’t figure out why she feels pain every time she bites it, though. 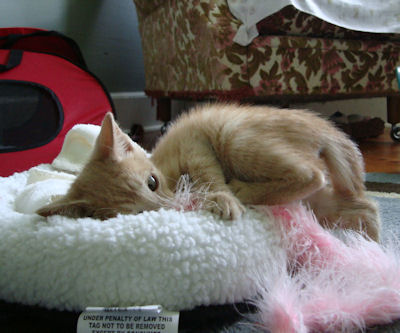 “I GOTS YOU, pink feathers!” 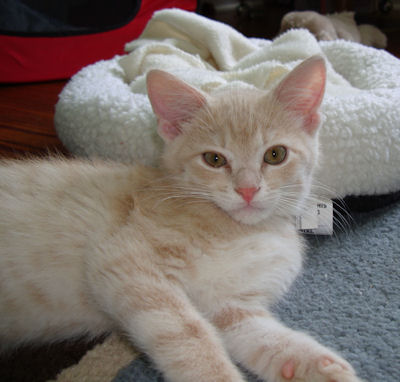 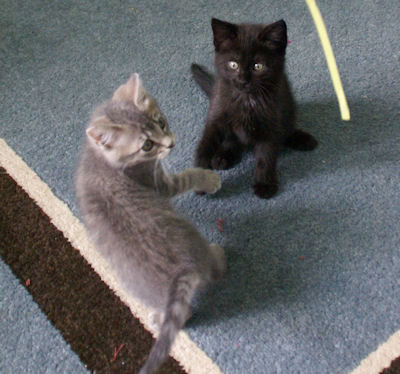 Does Franco look like the cuddliest little teddy bear, or what? He’s such a snuggler!

The Rescuees are off to be neutered (and spayed) in a little while. They don’t have any idea why I haven’t come in to give them their morning snack, and when I go in and immediately put them in carriers, they will be most displeased, I imagine.

It’s a 25-minute drive to the vet – I’m thinking I’d better stock up on earplugs! 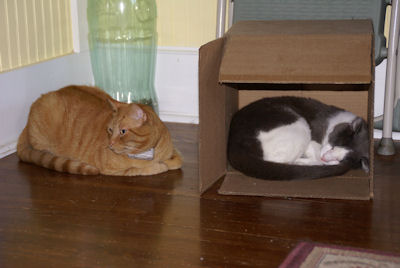 “Hey! Can you get Mom? Joe Bob’s hoggin’ the cave, and I need some quiet time in there before Snackin’! Time!”