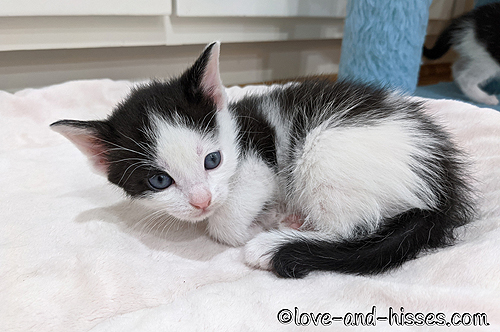 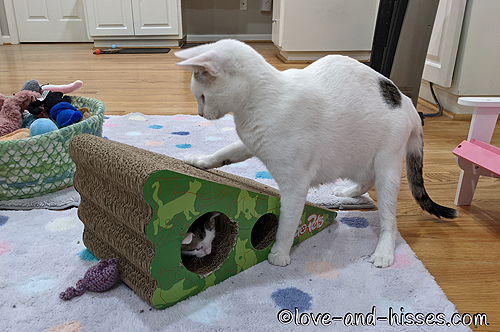 Canasta is kind of fascinated by that scratcher – I think she’s a bit baffled by the fact that the kittens can go through the tunnel. 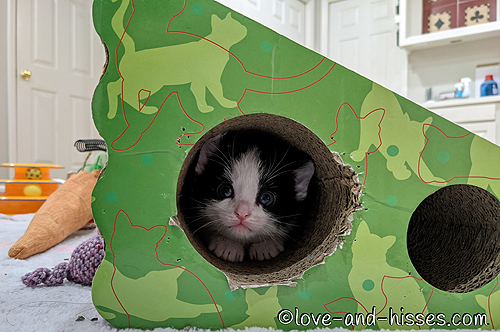 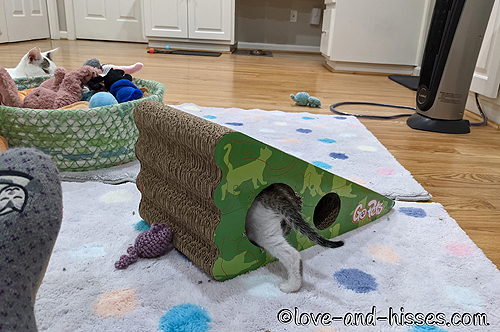 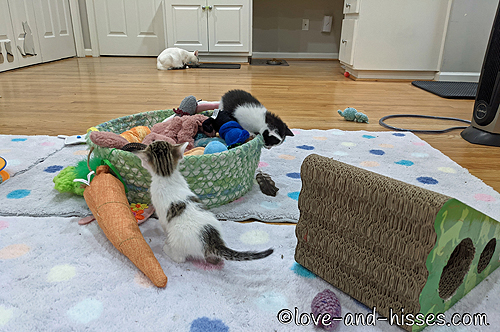 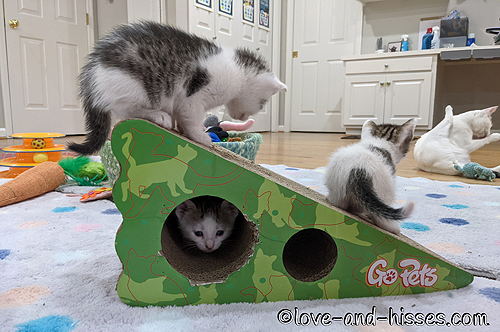 I’ve mentioned that they love this scratcher, no? 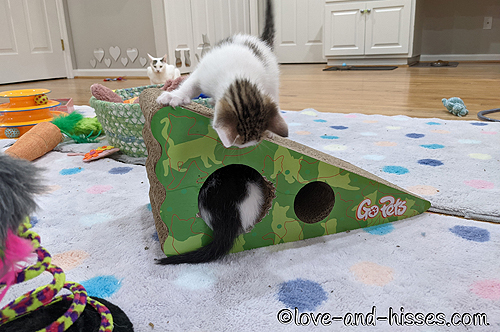 I love Canasta in the background, keeping an eye on things. 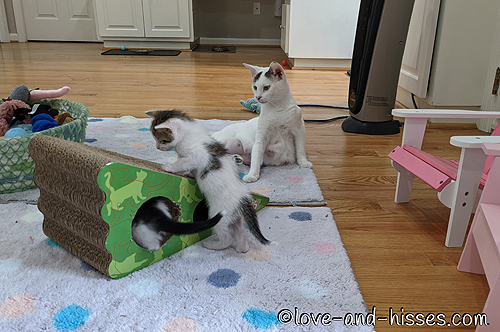 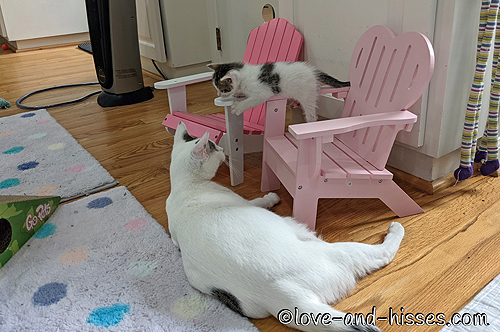 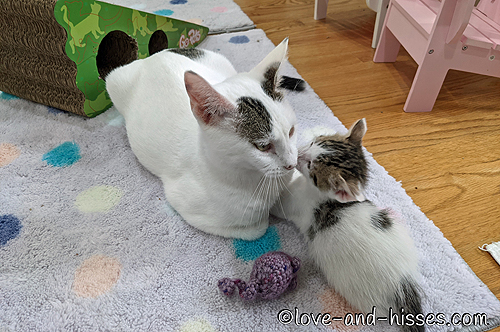 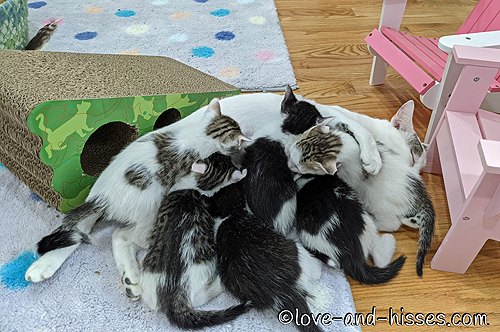 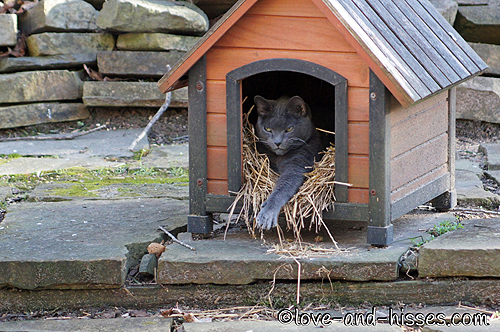 Jake’s keeping an eye on things.