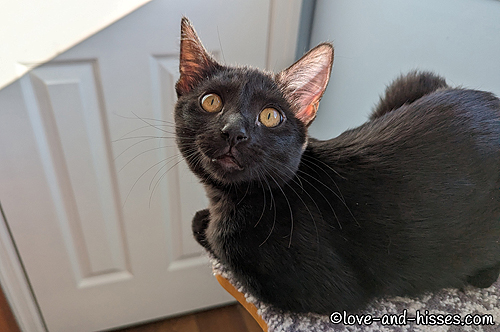 Francesca is just a cutie pie. 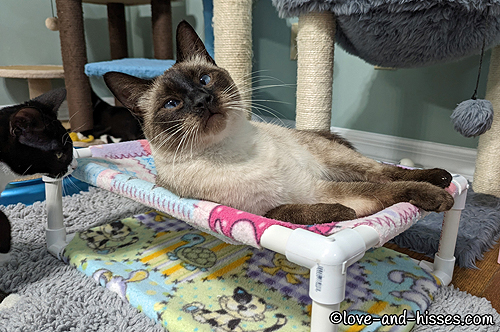 Kim in her ham-mick (and Saul incoming.) 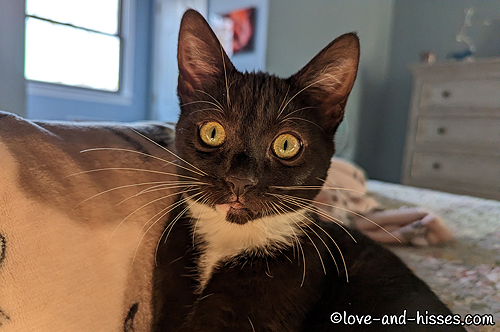 Nacho has a think. 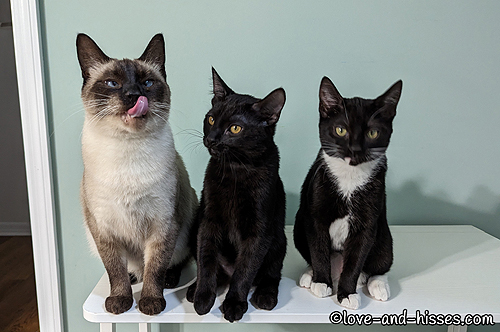 Yes we are, indeed, in the middle of a Churu session. 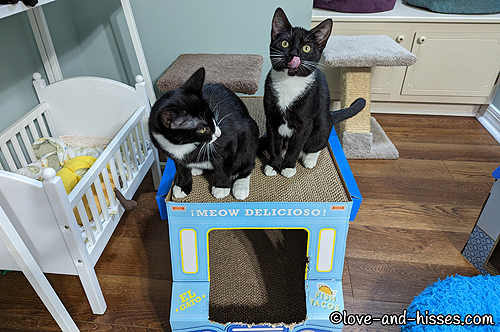 Saul and Nacho atop the fish taco truck. 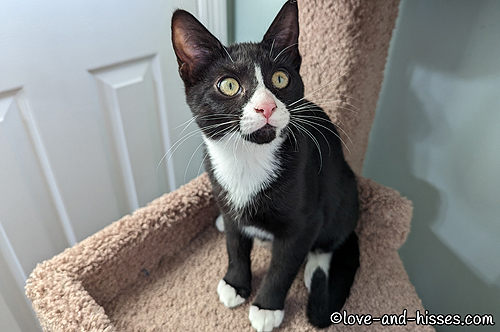 Saul is continually amazed by everything. 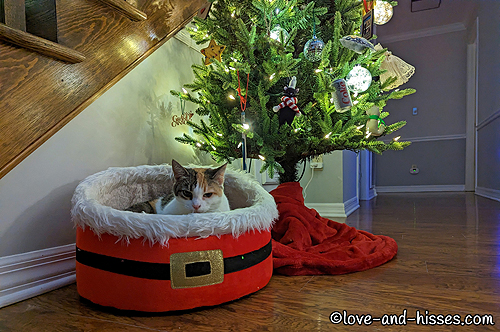 Alice enjoys the tree (and the bed. Mostly the bed.) 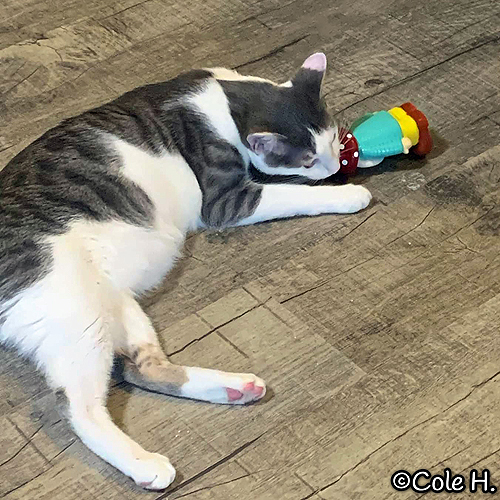 Cole reports: He chews on squeaky toys like a dog! He also will play fetch and will sit on command for a treat. (What a weird lookin dog, Kudzu 🤣 )

I’m so glad to see that boy is just as goofy as he ever was. Thanks Cole (and Mikaela!) 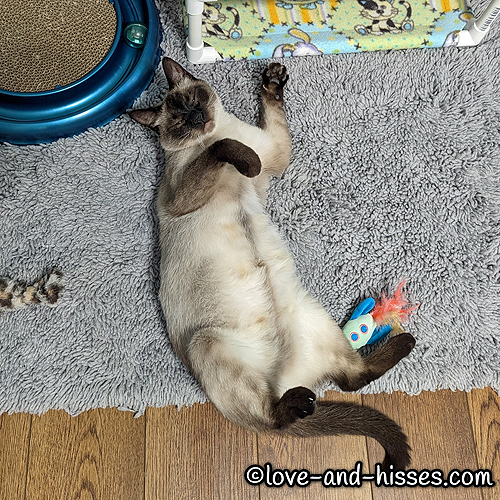 It wasn’t ’til I saw this picture that I realized Kim has a dark line going up her belly! How on earth did I miss that? (Side note: It’s not a trap. The girl doesn’t mind a belly rub.) 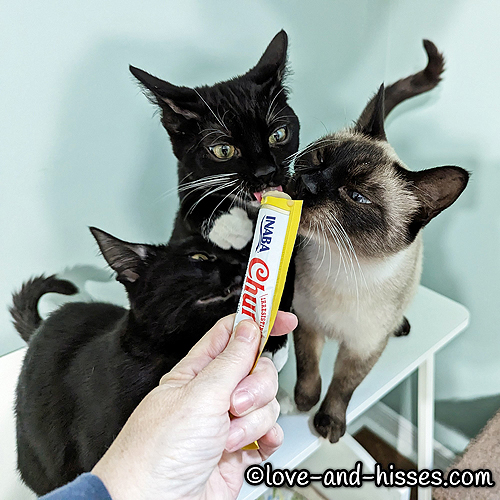 It’s Churu time! My favorite thing about his picture is Nacho there in the middle, going for her share of the Churu. When I first started offering it to the kittens, Nacho thought it was very weird, and she didn’t quite understand how to slurp the food off the end of the tube. She learned – BOY, did she learn – and now she’s right there in the fray making sure she doesn’t miss out.

YouTube link
Play time in the kitten room. This one’s at regular speed, not in slow motion. But still entertaining! 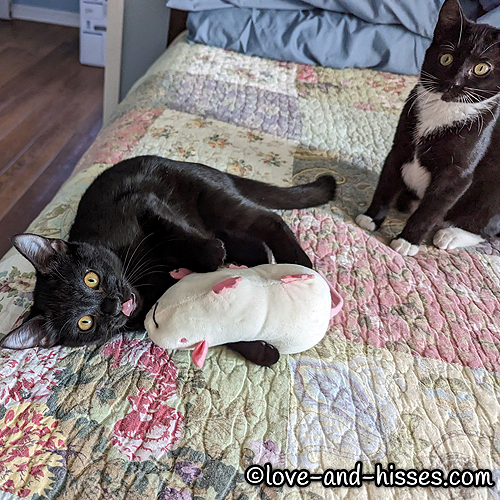 Francesca’s got that rat, and now she’s gonna lick it to death while Nacho watches. 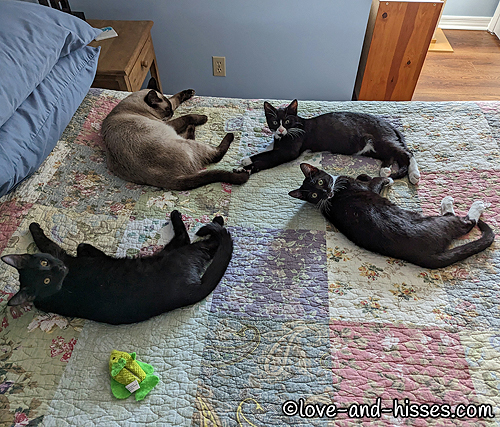 Good night innernets. (Mama’s out cold, but those other three are looking suspiciously bright-eyed, aren’t they?)