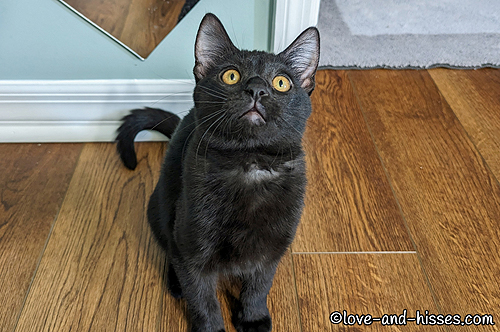 As you can see, Francesca is collar-free. I took off her collar to adjust it, she grabbed it and started playing with it, and since there’s not really any reason she needs a collar at this point, I let her have it as a toy. 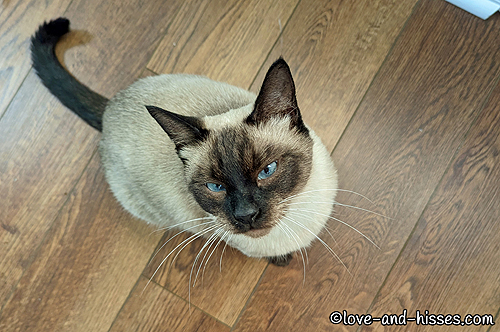 I’m getting the Eyes of Judgement from Kim. 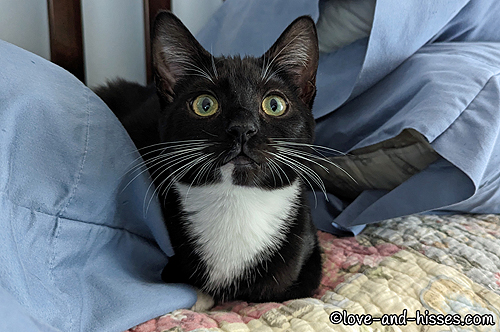 Nacho loves to hang out between my pillows. 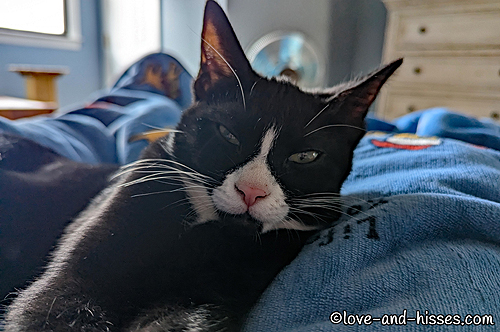 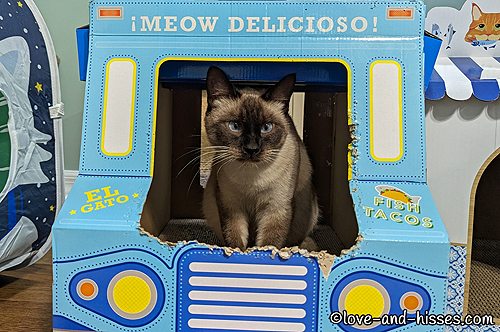 I swear, one day I’m going to walk into the kitten room and there’ll be nothing but a few pieces of cardboard left from the taco truck. 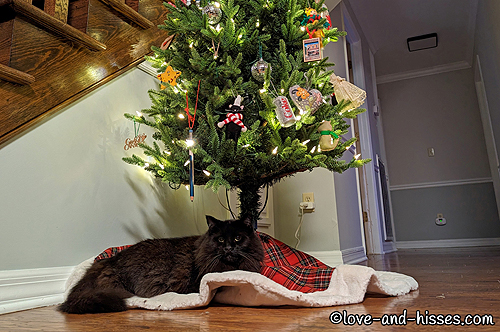 The Fabulous Khal enjoys a nap under the Christmas tree. 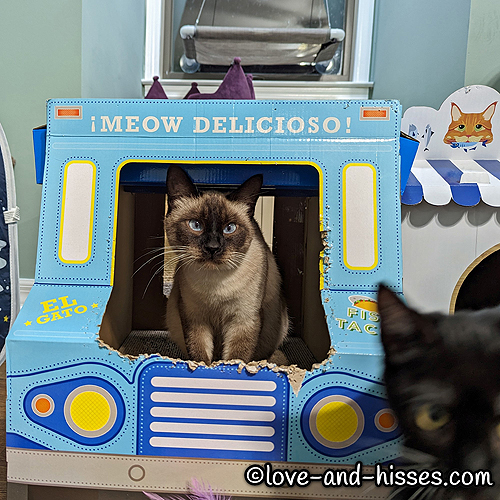 Kim Wexler would like to report that as stated above the windshield, this fish taco truck is MEOW DELICIOSO! 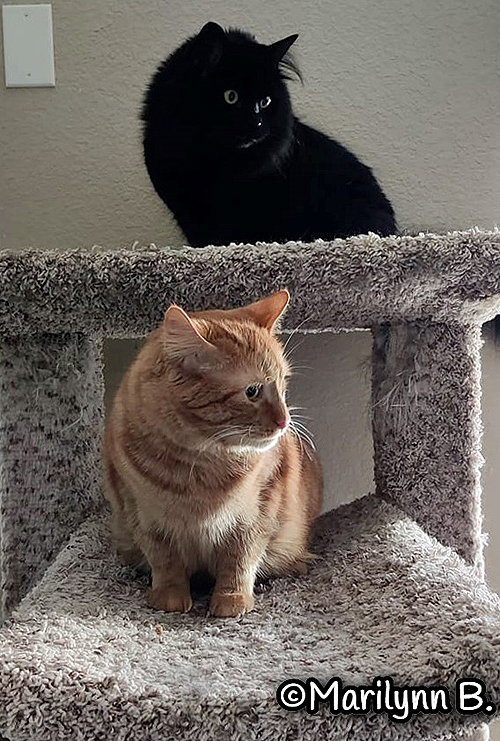 YouTube link
Slow motion kittens. I love how graceful they are as they jump around like the crazy things they are (and meanwhile mama is in the background just doing her thing and ignoring them all.) 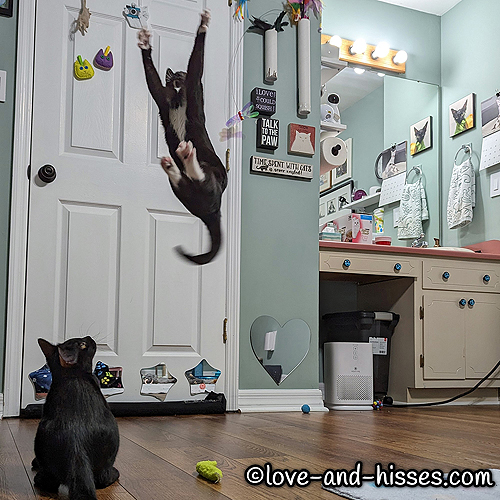 YouTube link
Nacho’s livin’ the life. First she gets a bath, and then she has a purrrrr. 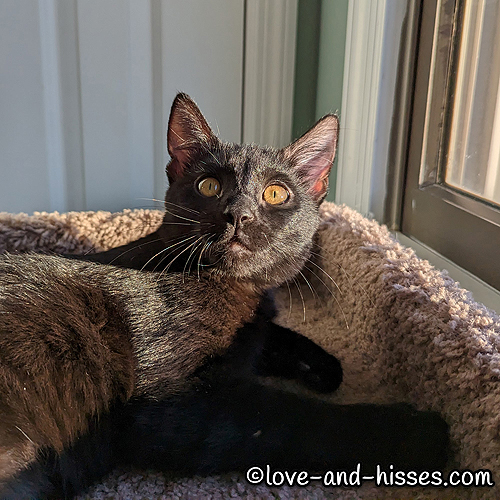 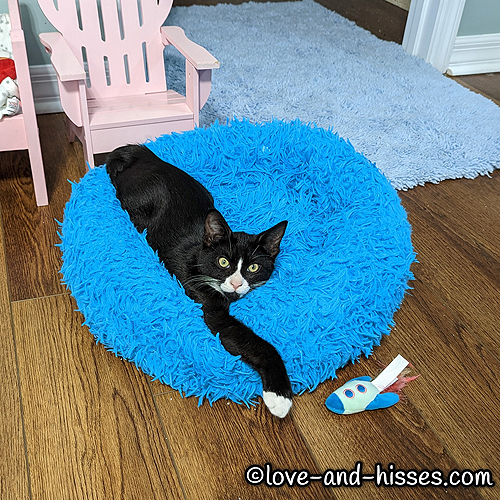 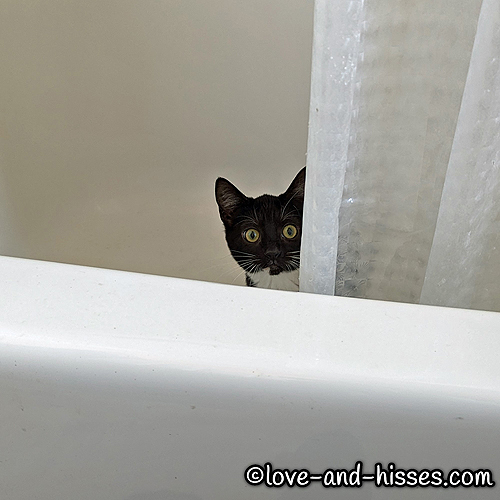 YouTube link
Nacho and Francesca, fighting with the basket o’ toys and with each other. 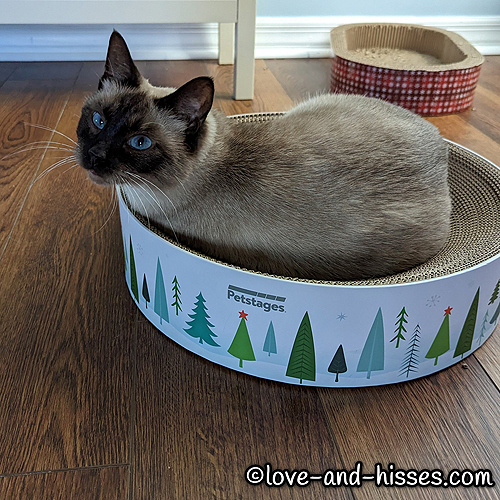 It’s a gray and rainy day here – the best time to curl up in your giant scratcher bowl and take a nap, according to Kim. 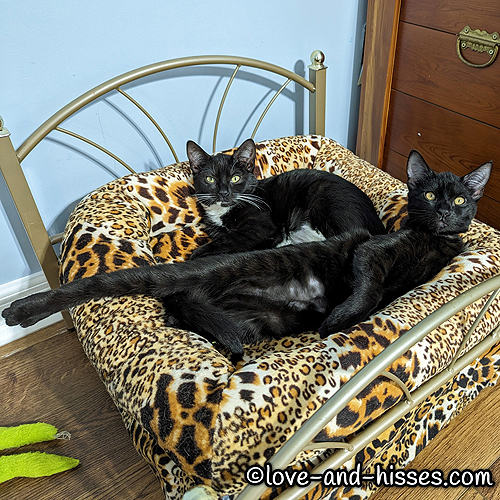 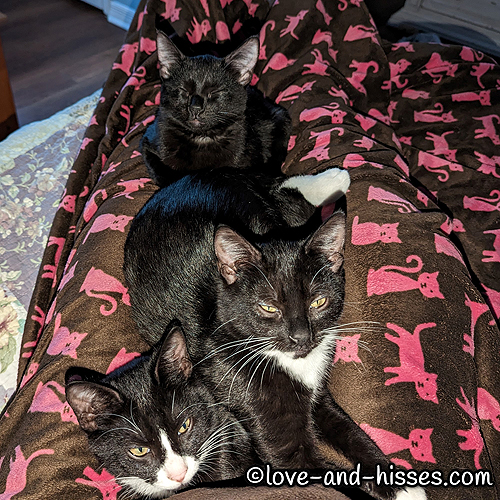 These little slackers are having a hard time getting going this morning. (From top: Francesca, Nacho & Saul.)⁠ 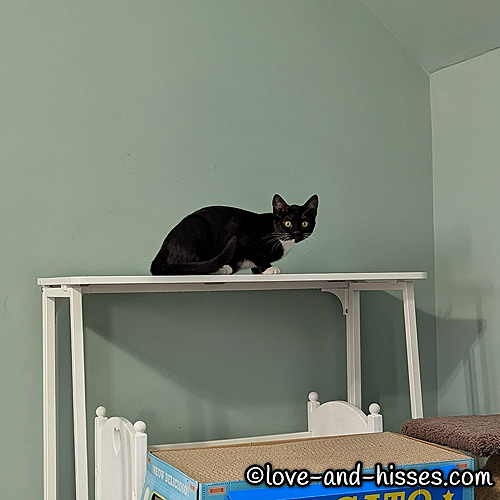 YouTube link
Trixie – one of the cats who “belongs” to a neighbor, and who has been mostly living on our front porch for the past 4 or 5 months, and who has been fed by us and who Fred took to the vet a few weeks ago because he thought she was breathing too fast and might have a health issue (she doesn’t), has been coming inside for the past few months. She comes in a few times a day, hangs out, naps, and then wants back out. The other day while she was inside, SOMEONE (Fred) gave her some of his leftover dinner, which she very much enjoyed. Newt saw a plate on the floor, so came over to see if there was any for him, and Trixie gave him the ol’ hisseroo.⁠ 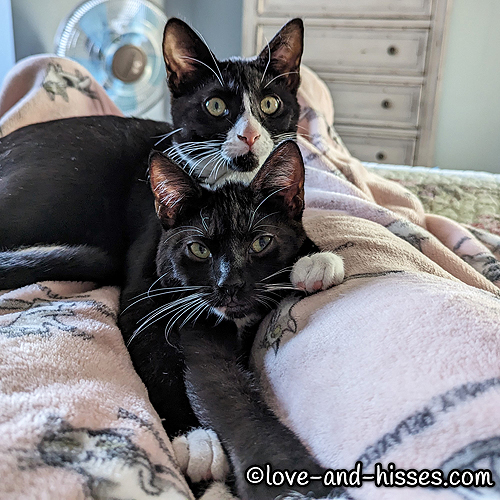