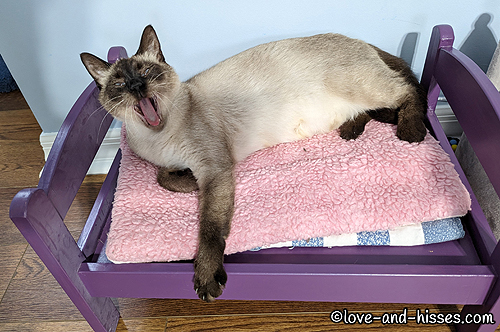 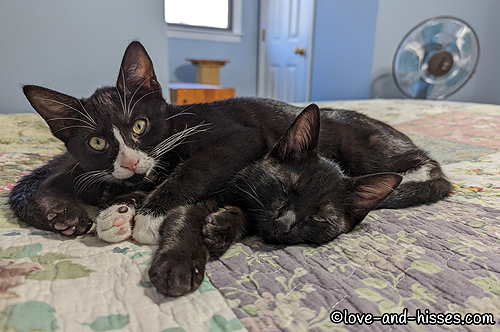 Saul and Mike get their cuddle on. 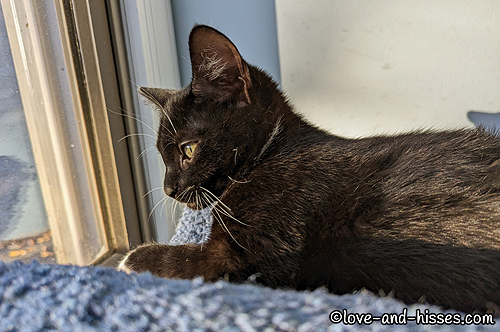 Nacho keeps an eye on the goings-on outside. 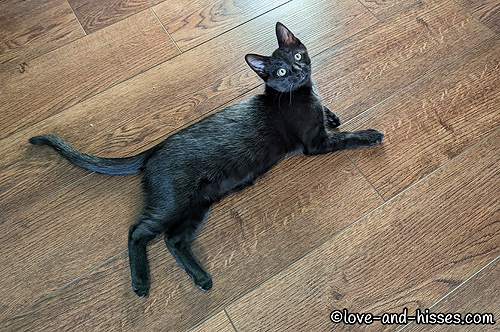 Mike is exactly as sleek and silky as he looks. All the kittens have such glossy fur! 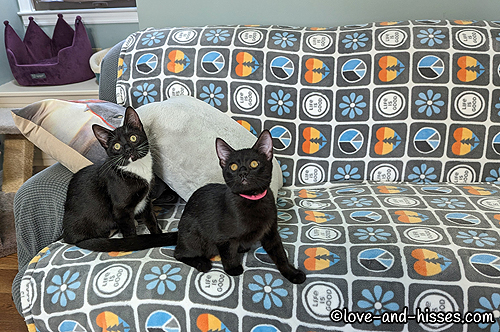 Nacho and Francesca strike a pose. 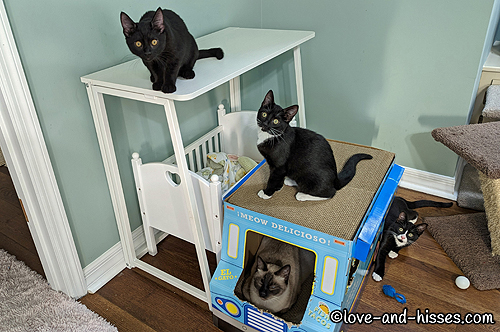 Look, if you want tacos from the taco truck, you better get in there. The staff is easily distracted, and the girl in charge looks like she could wander off for a nap any time. 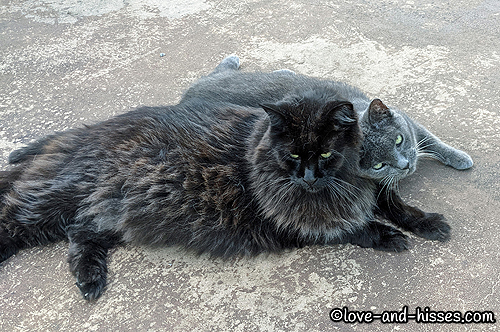 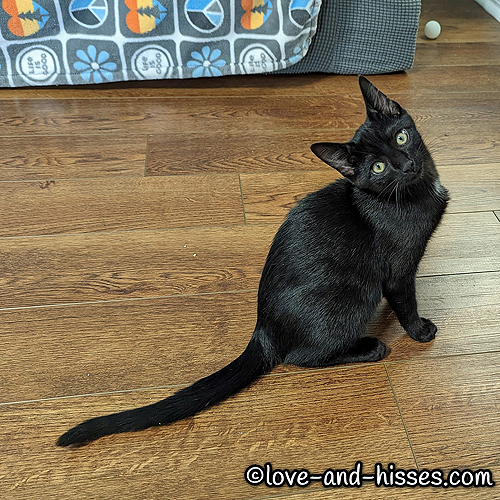 Mike’s all “Why you takin’ my picture when you’re s’posed to be serving me breakfast?” 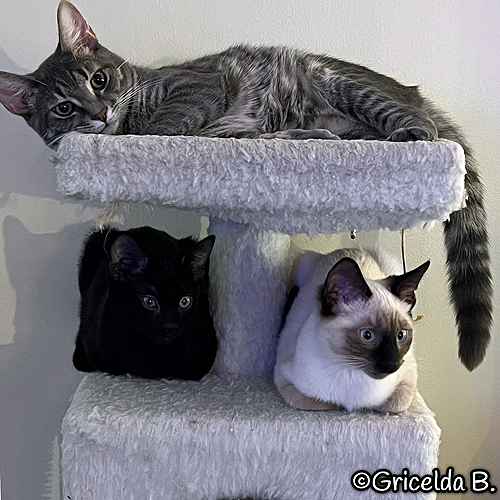 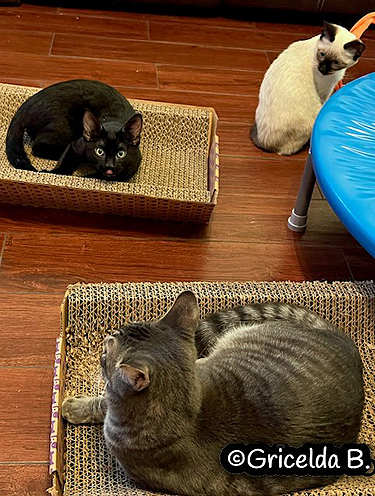 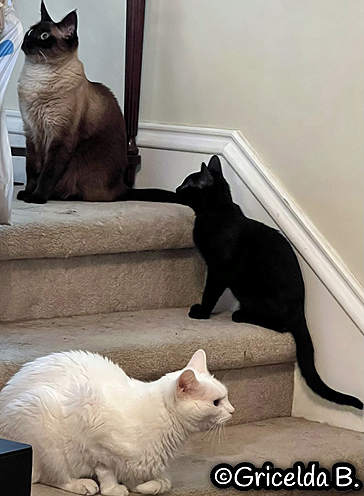 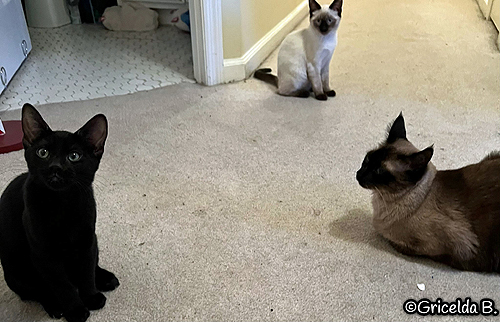 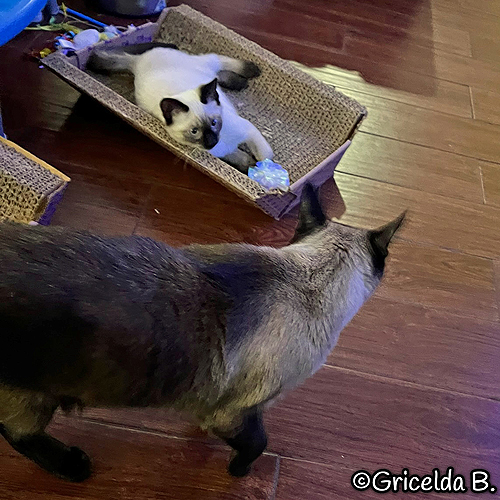 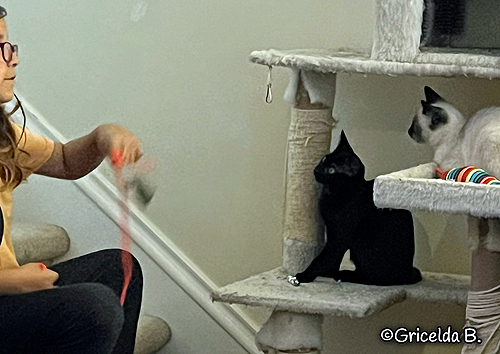 We have an update on Lalo (now R2), Gus (now Darth), and Angus (now Obi, who was one of the Outlander kittens, adopted back in July). The first few days in their new home were a little rough – the boys were hissy, but then they relaxed and made friends with the other cats (and the humans!) Obi (formerly Angus, who looks so grown up now, doesn’t he?) absolutely loves his new little brothers! ❤️⁠

YouTube link
Have I mentioned that Mike is one happy, cuddly boy? He really really is! 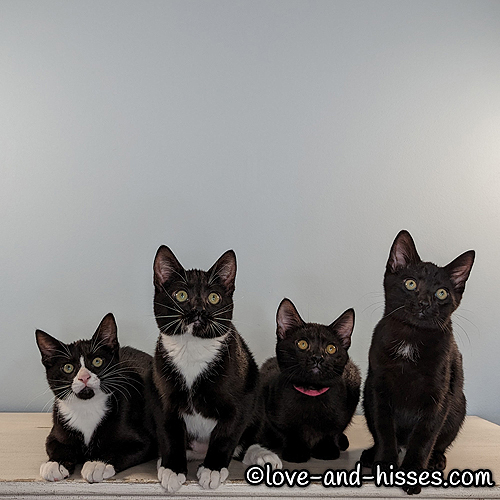 Note: Mike is adoption pending (going home this weekend!), but the other three kittens are still available for adoption. Email Forgotten Felines of Huntsville at info (at) ffhsv.org to inquire. (We are located in Huntsville, Alabama.)

YouTube link
Mama Kim is one playful girl (and the kittens could learn a trick or two from her fabulous bunny-kicking technique!) 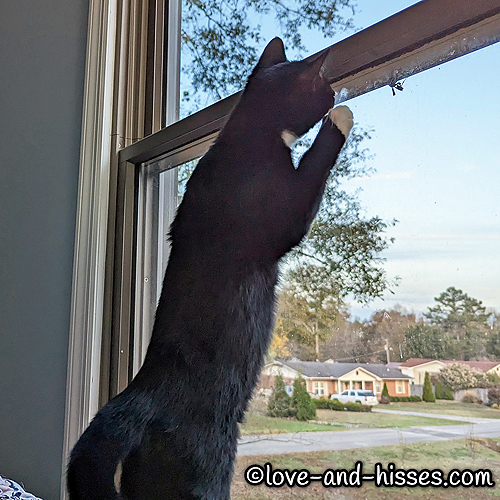 That wasp (or whatever it is) was buzzing around outside the window, and Nacho could not look away. (Fortunately, our windows are really good and we don’t see bugs on the inside of the window very often!) 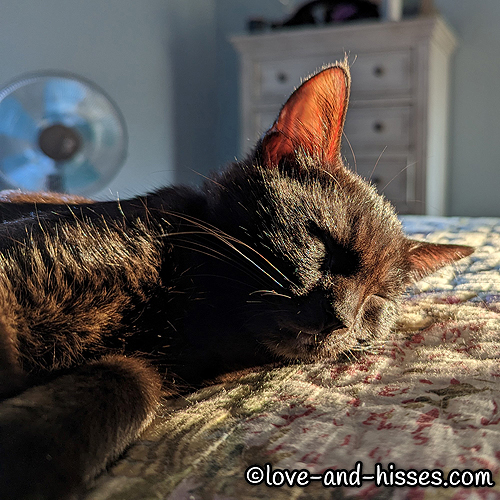